Tom Cruise has reportedly returned his three Golden Globe awards amid the outcry against the Hollywood Foreign Press Association (HFPA).

According to reports from Deadline on Monday, the action star has given back the three awards that he was given by the organisation because of its failure to reform its lack of diversity.

The Mission Impossible star, 58, won Best Actor for Jerry Maguire in 1997, Best Actor for Born on the Fourth of July in 1990 and Best Supporting Actor for his role in Magnolia in 2000. 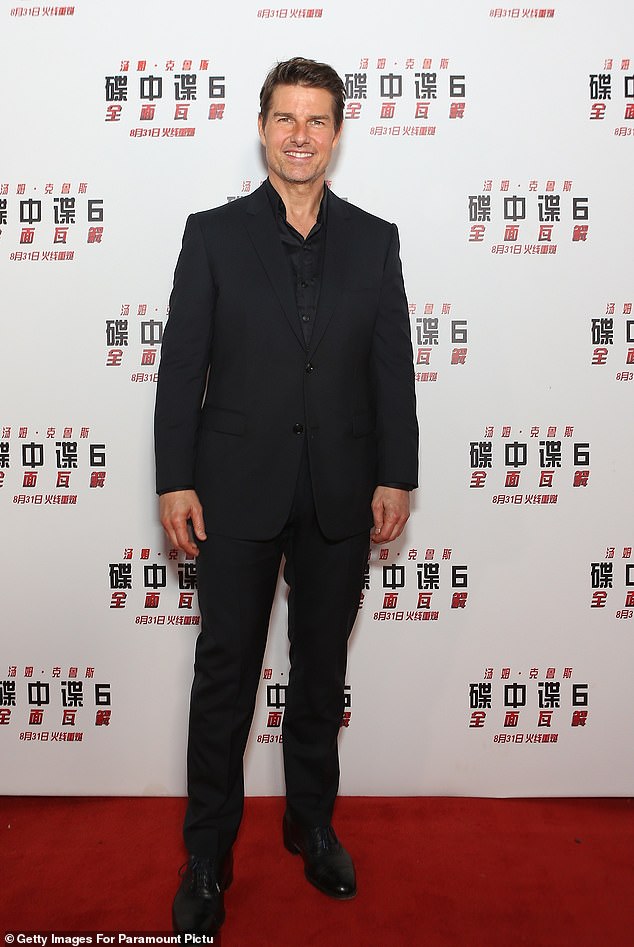 No thanks: Tom Cruise is said to have returned his three Golden Globe awards back to the HFPA amid the outcry against the the organization, it was reported on Monday

Tom is the latest in a growing list of actors and companies, including Netflix, Amazon and NBC, that are protesting the Hollywood Foreign Press Association.

NBC said on Monday that it will not air the Golden Globes in 2022.

In a statement the network said it believes the press association is committed to reform, and added: ‘However, change of this magnitude takes time and work, and we feel strongly that the HFPA needs time to do it right.

‘As such, NBC will not air the 2022 Golden Globes. Assuming the organization executes on its plan, we are hopeful we will be in a position to air the show in January 2023.’ 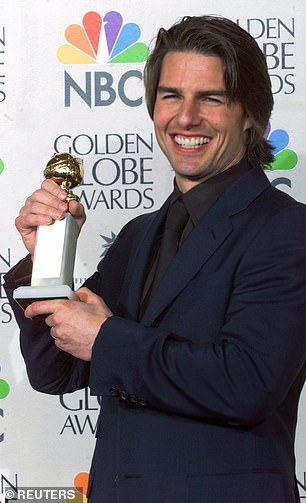 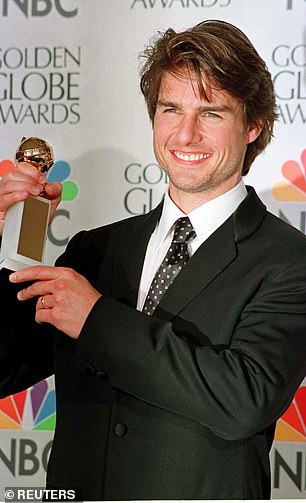 The HFPA has vowed to implement ‘transformational changes’ after NBC cancelled plans to broadcast next year’s Golden Globes.

The organisation has come under fire in recent months for a lack of diversity amongst its members and after the network announced they won’t screen the 2022 ceremony, they have vowed to reform ‘as quickly and as thoughtfully’ as possible.

In a statement, they said: ‘Regardless of the next air date of the Golden Globes, implementing transformational changes as quickly — and as thoughtfully — as possible remains the top priority for our organisation.

‘We invite our partners in the industry to the table to work with us on the systemic reform that is long overdue, both in our organisation as well as within the industry at large.’ 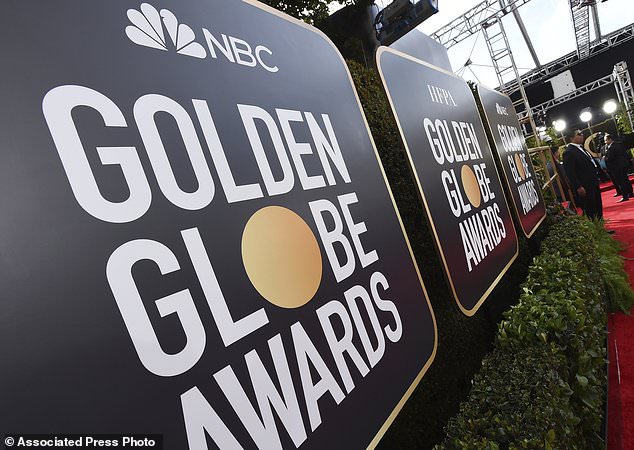 Canceled: On Monday, NBC said it will not air the Golden Globes in 2022, stating: ‘Change of this magnitude takes time and work, and we feel strongly the HFPA needs time to do it right’

The HFPA then shared a lengthy and detailed timeline of ‘reform milestones’ to show a ‘commitment to achieving these goals with extreme urgency’.

The plan would see the organisation admit 20 new members by August this year – each with the power to vote – while membership as a whole will increase by 50% within the next 18 months.

In addition, an Accountability/Oversight Board will be created with outside, non-board members.

The statement also confirmed the organisation will be consulting with studios and publicists regarding a new code of conduct set to be unveiled with the week, while there will also be a hotline to respond to any violations. 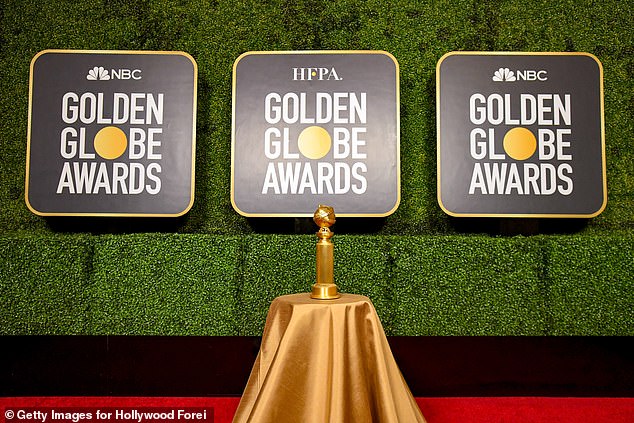 Pledge: The HFPA has vowed to implement ‘transformational changes’ after NBC cancelled plans to broadcast next year’s Golden Globes

The timeline commits to mandatory diversity and inclusion, which comes after it was recently revealed the HFPA did not have a Black member in their line-up of 87 journalists.

There will also be sexual harassment training for members, as well as fresh policies on ‘Gifts, Travel, Conflicts of Interest and Press Conferences’.

The regulations are set to be in place by the middle of July, while a new board is set to be elected alongside a new CEO/CFO by August.

The Hollywood Foreign Press Association came under fire following an investigative report by The Los Angeles Times that recounted the organization’s questionable record on diversity – including, presently, no Black members among its approximately 90 voting members.

The press association has pledged to thoroughly reform, and last week approved a plan to, among other things, diversify its membership.

But that hasn’t stopped several studios from threatening to pull out of the Globes, as last week, Netflix cast doubt on its future involvement with the HFPA.

Netflix co-chief executive Ted Sarandos wrote in a letter to the group: ‘We don’t believe these proposed new policies – particularly around the size and speed of membership growth – will tackle the HFPA’s systemic diversity and inclusion challenges, or the lack of clear standards for how your members should operate.’

Earlier on Monday, Warner Bros. said it would cease holding screenings and other events for the HFPA until it made more substantial changes. 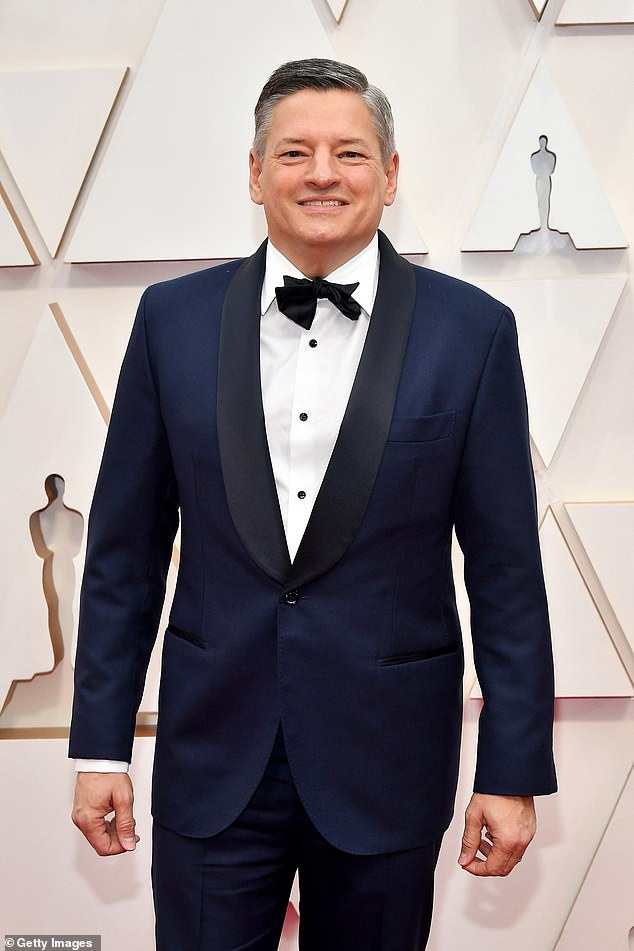 WarnerMedia executives said in a letter: ‘For far too long, demands for perks, special favors and unprofessional requests have been made to our teams and to others across the industry.

‘We regret that as an industry, we have complained, but largely tolerated this behavior until now.’

The outcry against the Hollywood Foreign Press Association has also included strong statements from Time’s Up, a group of 100 Hollywood publicity firms and stars including David Oyelowo, Mark Ruffalo and Scarlett Johansson.

In a statement released on Thursday, the 36-year-old actress, who has been nominated for five Golden Globes, accused the HFPA of tolerating sexism and urged others in the film industry to boycott the organization unless significant internal changes are made.

Johansson said: ‘As an actor promoting a film, one is expected to participate in awards season by attending press conferences as well as awards shows. 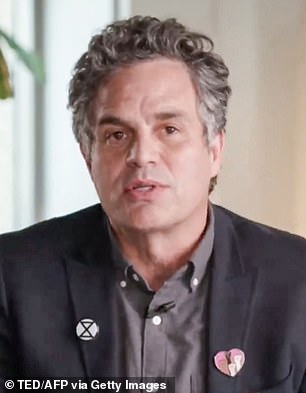 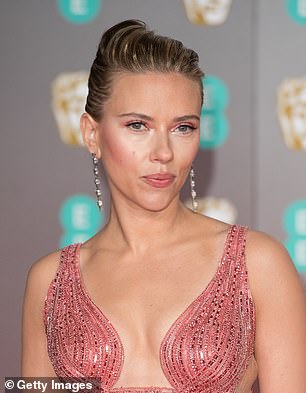 ‘In the past, this has often meant facing sexist questions and remarks by certain HFPA members that bordered on sexual harassment. It is the exact reason why I, for many years, refused to participate in their conferences.’

She continued: ‘Unless there is necessary fundamental reform within the organization, I believe it is time that we take a step back from the HFPA and focus on the importance and strength of unity within our unions and the industry as a whole’.

The Globes, produced by Dick Clark Productions, have suffered ratings drops in recent years but still rank among the most-watched award shows – usually third to the Oscars and the Grammys. 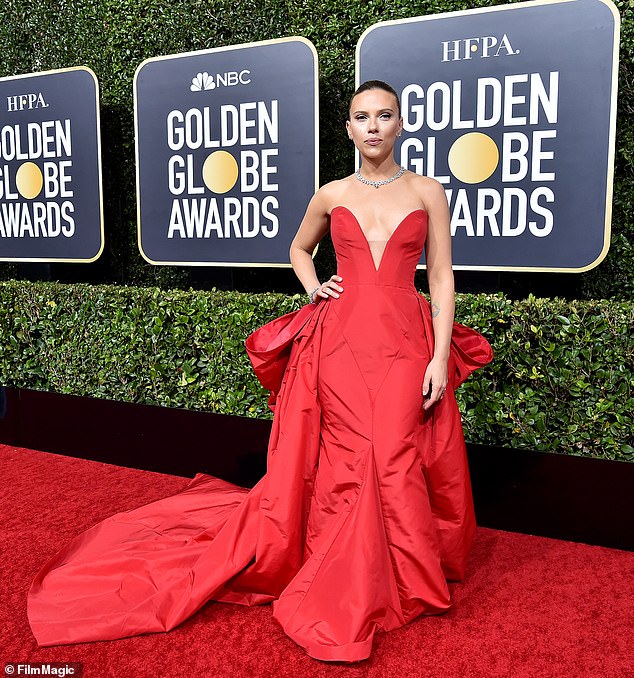 Speaking out: Johansson (pictured in 2020) said: ‘Unless there is necessary fundamental reform within the organization, I believe it is time that we take a step back from the HFPA’

'Up to nine people are killed' in Russian school shooting