Tales of its power are hideous. Victims turned into obedient slaves who give up their house keys and PIN numbers after having a mysterious white powder blown in their faces; young women abducted and raped after having their drinks spiked; and wealthy hotel guests robbed blind — almost literally — after accepting a contaminated room key from a flirtatious admirer at the bar.

And all the while, these unfortunates are often not only conscious but articulate — their apparently normal demeanour drastically reducing the chance that anyone will notice they are in danger.

It’s not for nothing that the drug scopolamine is also known as Devil’s Breath, as so much about it is diabolical.

The odourless and tasteless compound temporarily reduces victims to a zombified state in which they have no free will and become highly suggestible to what others tell them. 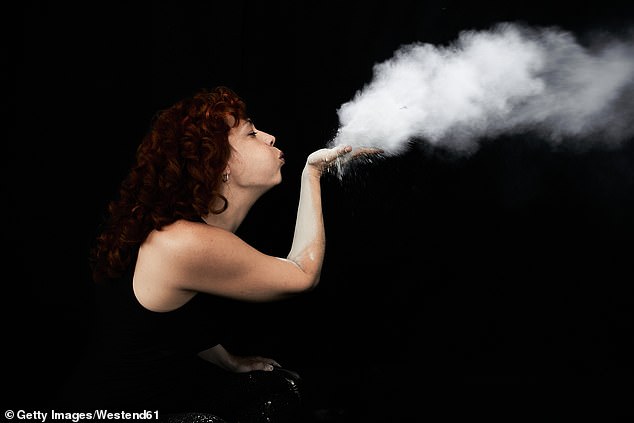 Tales of its power are hideous. Victims turned into obedient slaves who give up their house keys and PIN numbers after having a mysterious white powder blown in their faces (file image)

To cap it all, afterwards, they don’t recall a thing about what happened. If there is an ‘afterwards’, that is.

Joel Osei and his girlfriend Diana Cristea, described as ‘a pair of ruthless grifters’ in court, allegedly killed the Irishman in his Battersea flat, before stealing from his home and using his identity to attempt to buy diamonds costing more than £62,000 from a New York jeweller.

The traces of scopolamine found in his body, as well as in a can of Coca-Cola and a glass found at the scene, provided a crucial link to another poisoning last year, in which Osei allegedly gave a glass of orange juice — again spiked with the drug — to another man in his flat in Walthamstow, North-East London.

This victim, who was robbed but was mercifully discovered by a neighbour, told prosecutors he remembered ‘standing up and my legs feeling like they had been injected with lead or something’ and ‘thinking I was going to pass out’. The trial continues. 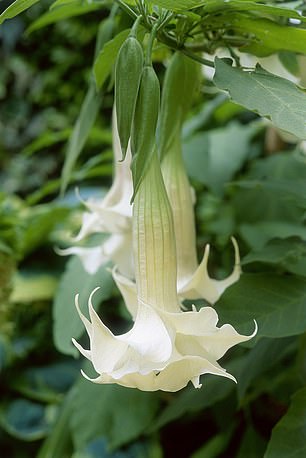 Just a gram of this plant-based psychoactive alkaloid is considered sufficient to kill ten to 15 people.

Scientists say the substance — derived from the nightshade plant family — shuts down the short-term memory by blocking the brain’s nerve cells.

However, tiny amounts of scopolamine are used in medication for motion sickness, post-surgical nausea, Alzheimer’s and Parkinson’s disease.

Scopolamine is obtained by chemically processing the seeds of the borrachero tree (which translates as the ‘get-you-drunk’ tree) which grows wild in Colombia, Ecuador and Venezuela.

It has deceptively beautiful trumpet-shaped flowers and a reputation for being so powerful that even sniffing the pollen will provide strange dreams.

Scopolamine powder looks like cocaine — Colombia’s other famous export — but people are rarely stupid enough to take it for fun.

Matthew Johnson, a drugs expert at Johns Hopkins Medical School in the U.S., is convinced the claims surrounding Devil’s Breath are not ‘urban myths’ but entirely justified.

One of his own friends had his drink spiked in a bar in the Colombian capital Bogota and, when a group of strangers asked him to go to his hotel room and get his laptop computer for them, he didn’t hesitate to oblige.

Devil’s Breath is now ubiquitous in Colombian crime, and is estimated to be involved in 50,000 criminal assaults there annually.

The country is the world’s kidnap capital and a drug that wipes out victims’ recall of their abductors is obviously a boon — no wonder it’s dubbed the ‘million dollar ride’.

In Bogota, one out of every five emergency hospital visits is reportedly due to scopolamine poisoning. Two young women stole at least £27,000 in cash and goods during a crime spree in which they slipped Devil’s Breath into the drinks of some 30 single men in nightclubs and bars.

Three other women invited victims to lick their breasts, on which they’d smeared the drug, holding the men hostage for days as they drained their bank accounts.

Mothers have had their babies stolen out of their arms, while it’s even been claimed that some people have woken to find their internal organs have been removed.

In most cases, traces of the drug disappear from a victim’s bloodstream within hours.

Survivors report being plagued by sporadic memory loss and nightmares for years afterwards. Though often they’re the lucky ones. Some victims have died of heart attacks after their captors have given them too strong a dose.

And Devil’s Breath (so named, some believe, because it ‘steals your soul’) is spreading far beyond the gritty streets of Bogota.

In 2015, Paris police arrested two Chinese women and a European man who had allegedly been stopping people in the street, asking them for directions and then — as they bent over a map — blowing powder into their face.

Police said the victims, ‘in a hypnotic state’, took them back home and filled bags with their money and jewellery.

Scopolamine is thought to have been used to drug 200 American tourists in Mexican holiday resorts in recent years — their drinks spiked before they were robbed and sometimes raped. One woman drowned.

In 2017, the same fate is believed to have befallen two British women on the Costa del Sol, who were also raped. In the same year, the actor Robert Lindsay claimed a friend’s daughter had a ‘date rape’ drug blown in her face by three men outside a London nightclub. She rapidly went into a stupor but was saved by friends.

Scopolamine is not classed as a controlled substance in either the UK or U.S. It is freely available on the internet in China and is also advertised on the unregulated ‘dark web’ to any would-be buyer.

Scopolamine has been extracted for centuries from another poisonous plant — closely related to the borrachero — called datura, found in Europe, North America and India. 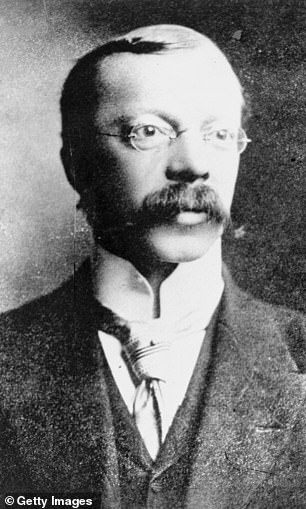 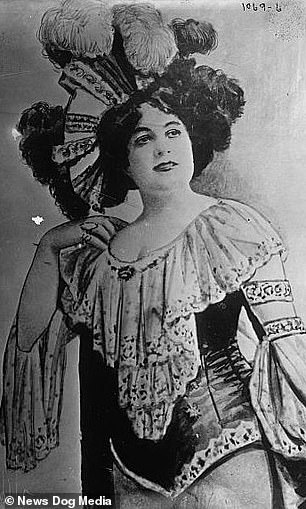 Ancient South American tribes reportedly used it to drug the wives of dead chiefs, so they would be willingly buried alive and follow them into the afterlife. In Europe, scopolamine was widely used at the turn of the 20th century as a painkiller during childbirth.

The notorious Edwardian murderer Dr Crippen killed his wife with an overdose, and it’s said that when doctors noticed how expectant mothers on scopolamine became compliant and frank, scientists realised it could be an effective ‘truth serum’.

Organisations such as the CIA were dissuaded from using it, however, by the severity of its side effects, although they didn’t stop the more unscrupulous. Josef Mengele, the Nazis’ so-called ‘Angel of Death’ apparently used it on concentration camp inmates while the Soviet era Czech secret police applied it to some prisoners.

Professor Anthony Glees, a security expert at the University of Buckingham, says the drug had ‘seeped’ into western Europe from South America in the same way that cocaine did. Its various attributes such as mind control made it a ‘vile and terrifying’ tool for criminals.

He says research by the Pentagon into turning the hallucinogenic drug LSD into a weapon to incapacitate enemy soldiers was proof that the idea of such drugs that ‘turn people into zombies is absolutely not something out of science fiction — they exist’.

And scopolamine, say experts, is far more powerful than LSD.

Professor Glees adds: ‘The military use of such substances has long been understood. Luckily, I don’t think any country has ever used [scopolamine].’

Sadly, there are precious few other reasons to look on the bright side about Devil’s Breath.

Claribel Oppenheimer died on June 18 and was buried on the Evergreens Cemetery in Brooklyn on June 24The household...

Kim Jong Un has been seen with a darkish spot on the again of his head, typically coated by...

Rapist Carvel Bennett, 74, was convicted because of proof from the daughter conceived within the abhorrent assault on a toddler,...

Panic-buying consumers have stripped naked cabinets in supermarkets in Wuhan after authorities introduced they'll check the the whole metropolis for Covid-19 following...

Haiti's First Woman Martine Moise stated gunmen have been 'in search of one thing' of their bed room earlier...

Where it stands, what it means for you