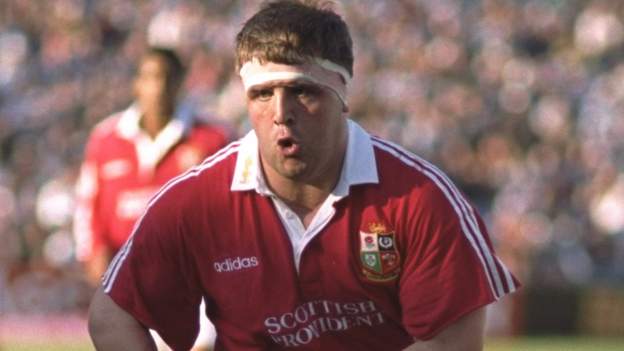 
“My eight-year-old at the time was asking if I was going to die. It’s a difficult question to answer if you don’t actually know the answer.

“I said, ‘no, I’m not ready to die. I’m not going anywhere, you’re stuck with me.’ I had everything crossed under the sheets.”

That was the reality former British & Irish Lions prop Tom Smith had to go through when he was diagnosed with stage four colon cancer in November 2019.

“Initially it was quite scary for my family, because the first month or two were quite touch and go.”

Smith, who made 67 international appearances – 61 for Scotland and six for the Lions – is now “doing well” having had successful radiology on the brain, while his liver and lungs have also been given the all-clear.

“We’re just dealing the abdominal lymph-nodes and the colon which are all stable so it’s good,” says Smith.

“I still have chemotherapy every two weeks. It takes three days – I go in Monday morning and leave in the evening and have two days at home with a pump attached and medicine going in and I just carry on.

“It’s a very different place to a year ago, and even six months ago.”

Smith admits being told that he may have to continue chemotherapy for the rest of his life was a “shock” but “is more of a reason to encourage people to get checked earlier”.

He has been working alongside the charity Fortitude to raise awareness of colon cancer – it is currently the second highest cancer killer in the UK – and he says it is “less talked about than it perhaps should be”.

“You have to get comfortable talking about poo. It is one of those things unfortunately. It’s worth checking out and losing our inhibitions,” said Smith.

“I was talking to a group of rugby players a few days ago and part of rugby is knuckling down and getting on with it and you can’t be like that with your own wellness and that’s probably what caught me out.

“I did have some soreness in my ribs and in my abdomen and I just carried on and I ended up in A&E in too much pain to function.

“It has been very gratifying – I’ve had a few messages from people who have been screened and who have got the message either through my situation or Fortitude and they’ve been picked up, had surgery and are on the mend.

“There can be good outcomes from what has been a terrible situation. “