TOM UTLEY: Like Prince William, even I can cook up a signature spag bol


Words that often come back to haunt me were spoken years ago by the youngest of my four sons, then aged about ten, on one of the mercifully rare occasions when I found myself in charge of cooking supper: ‘Dad, why is it that everything you cook comes out orange?’

It was a fair question, I have to admit, and it is one to which I can offer no wholly satisfactory answer.

I guess the key fact you must grasp is that I was never much of a chef.

In my 1950s childhood, my siblings and I were spoiled rotten by a mother who was a veritable wizard in the kitchen, producing gourmet meals from the most unpromising of ingredients. 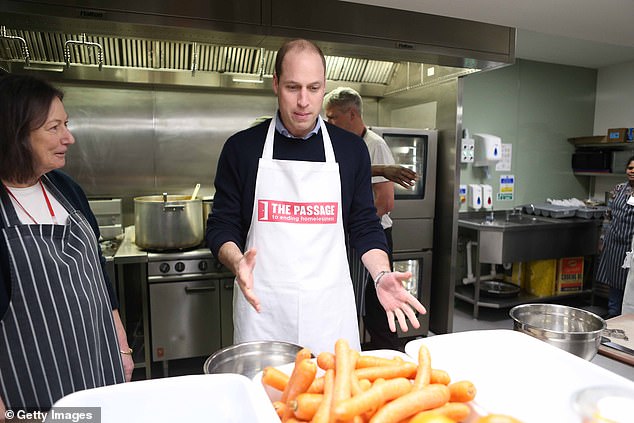 Prince William during a visit at the Passage, the UK’s largest resource centre for homeless and insecurely housed people on February 2019 in London

Elizabeth David and The Constance Spry Cookery Book were her bibles, but she also conjured up divine dishes of her own invention, from whatever scraps she happened to find in the fridge.

Alas, I didn’t inherit her talent, and the only culinary skill I learned from her was how to bake a mean sponge cake, whose recipe I’ve long forgotten.

All I remember is that it had an exquisite filling of butter, icing sugar and vanilla essence.

Fast forward to my university days, when I never cooked a meal.

For three years during term-time, I lived almost exclusively on a diet of coffee walnut cake from Fitzbillies, opposite the Fitzwilliam Museum in Cambridge, and ‘Meal A For One’ from the local Chinese.

Don’t ask me how I kept body and soul together during the three years between my graduation at 22 and my meeting with the pretty new barmaid at my local pub, who was very soon to become Mrs U.

I suppose I must have eaten, although I don’t recall ever having cooked anything for myself or anyone else during my days as a cub reporter in Devon and Suffolk.

All I can testify for certain is that for many years after our marriage, I never had to worry about where my next meal was coming from.

I was blessed with a wife who had a gift for cooking. As a stay-at-home mum, she prepared all our meals — and there was always something tasty on the table when I rolled home from the pub after work.

Indeed, I probably belong to the last, fortunate generation of British males whose womenfolk took it as a matter of course that it was the husband’s job to bring home the bacon, and the wife’s to cook it.

Ah, but this happy division of labour couldn’t last for ever.

Sure enough, it came to an abrupt end for the Utleys in the early years of the new millennium, when the money ran out and Mrs U had to take a job as a bus driver to eke out the family income.

Now, I may be a Neanderthal sexist. But even I could see that it simply wasn’t fair to expect my poor wife to slave over a hot stove every evening, after driving double-deckers around London all day. 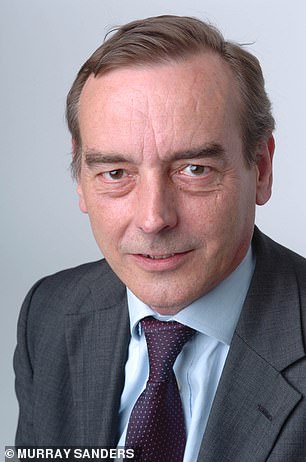 TOM UTLEY: I guess the key fact you must grasp is that I was never much of a chef

There was no getting away from it: I’d have to pull my weight in the kitchen. But what should I — what could I — cook?

It was then that an extraordinary revelation came to me. From somewhere deep in my subconscious, I realised that there was one dish I knew how to prepare — or, at least, I thought I did.

The dish that came to mind? What else but that staple of bachelors through the ages — the signature dish for which even those of us who can hardly tell a roux from a radish seem to have a pet recipe? I mean, of course, good old spaghetti bolognese.

At some stage during my misspent youth, I suppose I must have served it up. Yet I don’t recall ever having been taught how.

Could it be that men like me, who never venture into a kitchen if they can avoid it, pick up recipes for spag bol from the air we breathe, through some mysterious form of osmosis?

Whatever the truth, it now emerges that we are in exalted company. For this week, no less a dignitary than Prince William of Wales has unveiled the recipe for his own signature dish, while confessing: ‘I am the first to admit that I am not an excellent chef.’

There are no prizes for guessing which dish he has chosen as his contribution to A Taste Of Home, a book of 120 recipes by eminent chefs and celebrities, published to mark the 40th anniversary of The Passage, the homelessness charity of which he is patron.

Oh, your Royal Highness, did nobody warn you that by sharing your own version of spaghetti bolognese, you were venturing into a veritable minefield of controversy, braving howls of outrage from right, left and centre?

After all, if there’s one thing that can be said with certainty about spag bol — apart from the fact that almost all of us think we can cook it — it’s that tempers run extraordinarily high over the proper way in which to set about it.

Did none of Prince William’s flunkeys remind him of how Antonio Carluccio, the Italian chef, raged a few years ago against the British practice of adding herbs or garlic to the sauce? He almost blew a gasket.

Speaking at the Cheltenham Literary Festival, he fulminated that we shouldn’t even serve spaghetti with bolognese, declaring that the dish doesn’t exist in his native land. ‘In Italy, it is tagliatelle bolognese,’ he said.

Yet here is our second in line to the throne, blithely recommending not only that we should serve our bol with spag, rather than tag, but that we should sprinkle the dish with parsley. ‘Not at all right!’ according to Carluccio. 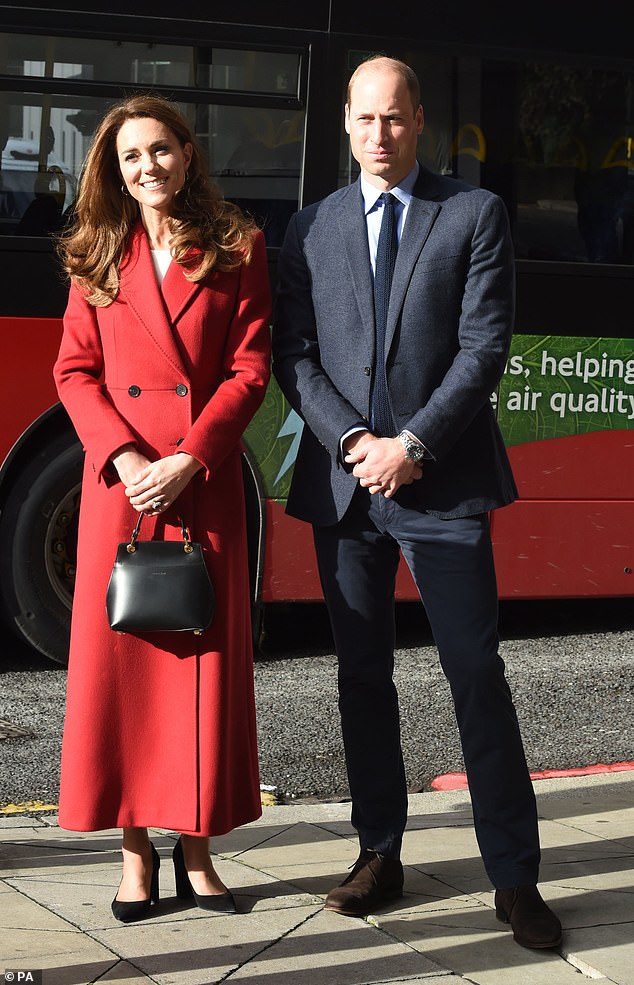 Then there was the unhappy experience of poor, blameless Mary Berry, who raised a Twitterstorm of abuse a couple of years ago when she dared offer her own take on spag bol.

‘Shocked and appalled about Mary Berry adding double cream to her bolognese,’ fumed a typical posting on social media.

‘This is NOT ragu bolognese!!!!’. Meanwhile, others took fierce exception to her use of bacon and herbs.

In fact, tempers also ran high at lunchtime yesterday, when I sounded out my usual focus group of regulars at the pub.

All five at our table outside in the rain (we’re nothing if not law-abiding) had strong fixed views on the ideal recipe.

When one old buffer declared that the sauce should be cooked for at least six hours, another shouted ‘Rubbish!’

For good measure, the youngest member of our group swore that bolognese was only at its best after being kept for a week after cooking.

One friend recommended adding Worcester sauce, another tabasco and a third a dollop of ketchup.

Most surprising of all, I thought, was the contribution from my old friend Chris, who assured me he’d heard from a professional chef that the secret of the perfect bol was adding chocolate. Sounds disgusting to me.

For what it’s worth — and at the risk of bringing a Twitterstorm down on my head — I can reveal that my own preferred recipe for bolognese, in the days when I was in charge, included mushrooms and green peppers.

Otherwise, it was a great deal simpler than Prince William’s.

Unlike his, it involved no celery, milk, oregano or even carrots — which made it all the more mysterious that it always turned out orange. But then the same was true of the only two other recipes in my repertoire.

These were beans on toast and my take on goulash, which had identical ingredients to my bol, except that I made it with diced beef instead of mince, with the addition of a lot of paprika.

Enough to say that our sons breathed a huge sigh of relief when Mrs U gave up her job as a bus driver and resumed charge of the cooking.

As for Prince William, may I humbly suggest that if he wishes to maintain the monarchy’s place above the fray, he should stick to less controversial subjects than his views on spag bol?

How about telling us what he thinks of Brexit instead?