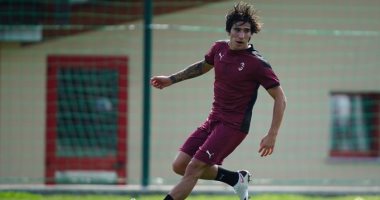 Press reports revealed that Sandro Tonali, the Italian player of AC Milan, has fully recovered from his recent injury, and therefore will participate mainly against Juventus in the starting lineup that Stefano Pioli will choose.

Milan is preparing to play the next match against Juventus on Sunday evening, in the fourth round of the Italian League, which will be held at the Allianz Stadium.

On the other hand, Juventus striker Federico Chiesa returned to the old lady’s training session in preparation for the match against Milan

Milan had been defeated in the last match against Liverpool, by a score of 2-3, in the first round of the group stage of the Champions League.

The Italian newspaper confirmed that Tonali has fully recovered from what he suffered, and therefore will participate mainly against Juventus in the Stefano Pioli squad.

Stefano Pioli has not yet identified the player who will be next to Tonali in the midfield, but the greatest possibility is the presence of Ivorian Frank Kessie.

Bucket of coins The wages of an Irish restaurant worker after he was fired.. I know why

If you do a diet, don’t starve yourself.. Make sure you have a healthy and balanced diet and play sports

If you do a diet, don't starve yourself.. Make sure you have a healthy and balanced diet and play sports