‘The hysteria is worse than coronavirus’: Top scientists, business leaders and NHS staff join forces to urge Boris Johnson to take a ‘rational and cautious’ approach to the pandemic

By Daniel Martin for the Daily Mail 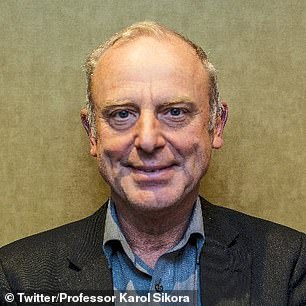 Professor Karol Sikora, an oncology specialist supports Recovery – the group behind the campaign – which calls for hospitals to be in a position to treat cancer patients during the pandemic

NHS staff, scientists and business leaders will band together today to urge Boris Johnson to take a ‘rational, balanced and cautious’ approach to Covid.

The new group, called Recovery, will warn the Prime Minister that ‘hysteria’ could end up being worse than the virus itself.

Its leaders will urge the Government to sign up to five ‘reasonable demands’, including a promise that it will always bear in mind that whatever restrictions are put in place, life has to be ‘worth living’.

They want ministers to agree to ‘behave with humanity’ rather than curbing essential freedoms of large swathes of the population; to ‘give equal regard to all lives’ by not postponing vital treatment for other conditions, and to ‘get the economy moving’.

And they are demanding a public inquiry to look at the impact of the Government’s policies on other killer diseases, mental health, the economy and children’s future.

The group’s demands have been likened to the the Great Barrington Declaration, which was drafted at the American Institute for Economic Research on October 4 and is signed by a wide range of epidemiologists and public health scientists.

Recovery co-founder Jon Dobinson said: ‘If we want a decent future for our children, for hospitals to be open for killer diseases like cancer, dementia and heart disease, we have to get back to rational, balanced and cautious debate.

‘The Government have lost their heads, bringing forward a welter of counterproductive and confusing legislation that is likely to kill more people than it cures. We need a sense of hope and balance.

We need a focus on recovery rather than a focus on fear. We have an increasingly panic-ridden and rudderless leadership from the Government.’

It has also set up specialist groups looking at key areas of concern including physical and mental health, arts and hospitality, sports and fitness and small business.

The group said countless people were living in a ‘hell of fear and isolation that is destroying their mental health’ – with problem drinking on the rise. 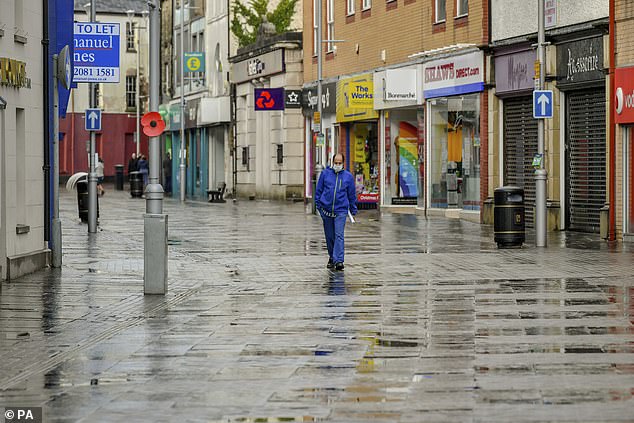 Pictured: A man walks through the deserted shopping centre of Bridgend in Wales during a national lockdown [File photo] A new group has warned British MPs that ‘hysteria’ in response to the coronavirus could end up being worse than the virus itself

‘It is becoming clear that the consequences of hysteria and rushed legislation can be worse than the virus itself,’ a spokesman said.

Mr Dobinson added: ‘Far too much damage is being done to young people and people at the end of their lives.

‘It’s inhumane to be telling dying parents they can only see one of their children before they die, and yet that is what is happening.

‘Let’s get back to the concept that the NHS is there for people with all diseases and not just one. It’s time to put hope and balance back on the agenda.’

Alan Miller, honorary trustee of the Night Time Industries Association and co-founder of Recovery, said: ‘Joining forces for a broad alliance means we can draw upon a strong array of business leaders from many vital industry sectors… as well as prominent scientists, artists and citizens who want to see a full ‘Recovery’ for all in Britain.

‘This is an important moment for us all and I encourage everyone who has concerns with the current response to join us.’

Florida's pandemic death toll may be undercounted by 8,000