‘A slap in the face for people who are proud to be Great British’: Tory fury at move by Grant Shapps to ditch traditional ‘GB’ stickers for Brits driving abroad in favour of ‘UK’ – with the threat of fines for those who don’t fall into line

Tories voiced anger today at a ‘slap in the face’ move to drop traditional GB stickers for Brits driving abroad.

The legal emblem for bumpers and numberplates is being switched to ‘UK’ from the end of September.

The change – which will come just nine months after a Brexit redesign to get rid of the EU stars – is intended to be more inclusive for Northern Ireland.

But it means that people will now need a UK sticker to be legal on the roads abroad. Any penalties for failing to comply will depend on the rules in specific countries.

MPs are urging Transport Secretary Grant Shapps to think again, branding the move a waste of time and money. 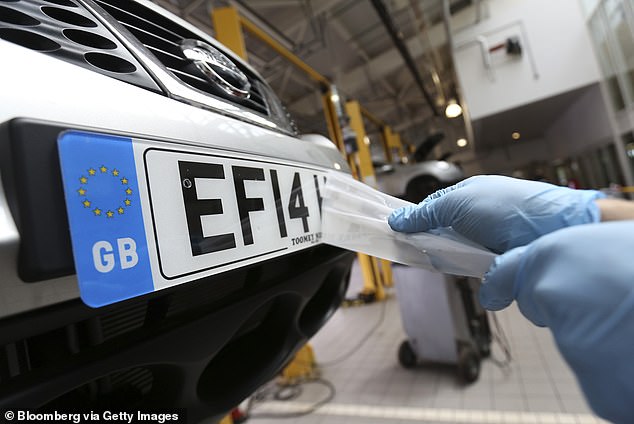 It is understood the government notified the UN last week that it was changing the marking for vehicles registered in the United Kingdom from ‘GB’.

Previously new plates showed GB under a circle of EU stars, but on January 31 Mr Shapps said that would change to GB under the Union flag.

‘Brits will be able to drive on the Continent without GB stickers thanks to NEW reg plate with Union Flag & GB,’ he tweeted.

Tory MP Ian Liddell-Grainger told MailOnline he will be contacting Mr Shapps to ask why the change was happening.

‘That is a bit bloody rum,’ he said. ‘I can’t see the point. It seems to me to be a complete waste of money when we don’t need to be wasting money.

‘It also seems to be a slap in the face for people who are proud to be GB.’

He added: ‘It is a waste of time, a waste of money and I don’t know why we are bothering…

‘We have gone from Grande Bretagne to Royaume-Uni, which isn’t the same at all.’

The new rules are due to come into force on September 28.

One numberplate supplier has warned it will need four to six months to bring in UK versions. 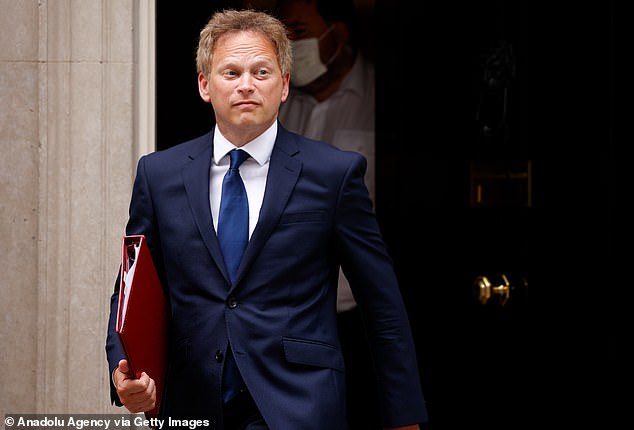 MPs are urging Transport Secretary Grant Shapps (pictured) to think again, branding the move a waste of time and money