Tory MPs have warned Boris Johnson that voters ‘won’t forgive’ the Conservative Party if it fails to crackdown on a record surge in migrants crossing the English Channel.

There are growing fears among some senior Tory figures that a new right-wing political party could emerge to capitalise on the issue, risking a hammering at the ballot box for Mr Johnson.

It came as a new poll showed three quarters of Tory voters believe the Government is ‘too soft’ on the issue. 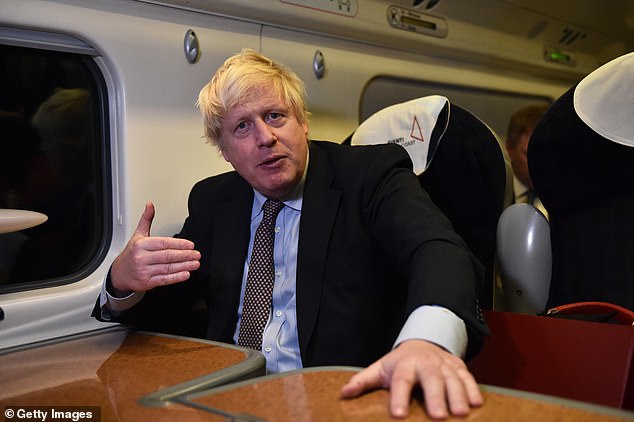 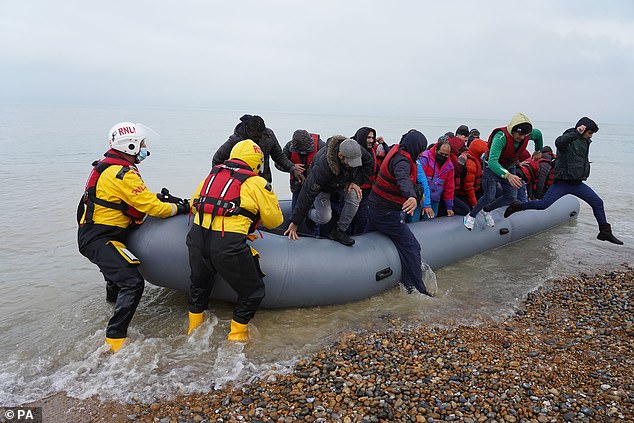 People thought to be migrants are helped ashore by lifeboat crew members, after arriving on a dinghy at a beach in Dungeness, Kent, yesterday

Mr Johnson has ordered a Whitehall review into the Channel crossings and is said to be ‘exasperated’ by his Government’s failure to reduce the number of migrants making the journey in small boats.

Former Brexit secretary Stephen Barclay, the Chancellor of the Duchy of Lancaster, has been put in charge of the review.

It will seek to find solutions to the crisis and make sure all departments – not only the Home Office – are contributing.

The review follows a week of record migrant Channel crossings, with 1,000 reaching the British shores on Tuesday alone and around 24,000 making the journey this year. The figure is almost triple the number that arrived in 2020.

A Tory donor told The Sunday Telegraph that ministers must do ‘far more’ as they warned the issue is ‘going to destroy us and there is going to be a Farage-style party’.

They warned MrJohnson that a shift to the political centre ground will ‘open up a gap’ on the PM’s right flank, leaving space for another party which could cost the Tories a majority at a future election.

The PM was grilled on the subject when he appeared in front of the 1922 Committee of Tory MPs last week.

Former Cabinet minister Sir Iain Duncan Smith is said to have challenged Mr Johnson at the meeting, telling the PM: ‘Migration was in our manifesto, it was in our DNA. If we don’t do it, they won’t forgive us.’

His remarks were reportedly greeted with a banging of desks in a show of support from his backbench colleagues.

A poll for the Sunday Telegraph found that 77 per cent of Tory voters believe the Government’s approach to the migrant crossings is ‘too soft’. The number was 55 per cent for the public overall. 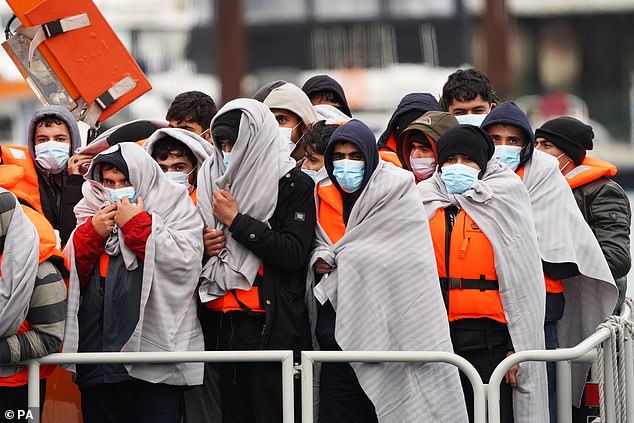 Pictured: A group of people thought to be migrants are brought in to Dover, Kent, by a Border Force vessel, following a small boat incident in the Channel, Saturday November 20, 2021. Priti Patel’s feud with her own officials has deepened amid the migrant crisis

The survey, conducted by Redfield & Wilton Strategies, also found 54 per cent of voters disapproved of Mr Johnson’s handling of the issue while 21 per cent approved.

Tory MPs are now looking ahead to local elections next May as a potential litmus test.

One former minister told the newspaper: ‘If we don’t deliver on migration, this is really damaging to us. People are genuinely fed up with this.’

A house owned by a dog in America is offered for sale at a price of $ 32 million.. Photos