Boris Johnson is facing a growing Tory rebellion over his decision to water down a new cap on social care costs.

Conservative MPs are demanding the Government rethink a change to the Prime Minister’s social care plans which was slipped out last week.

Small-print relating to the reforms means that means-tested support from local authorities for the less well-off will no longer count towards the £86,000 cap.

That means they will have to spend more of their own money on care before they reach the lifetime limit.

Andrew Dilnot, the original social care tsar who made recommendations a decade ago on how to improve the sector, blasted the change and said it means the ‘less well-off will not gain any benefit from the cap’.

A crunch vote on the issue is expected to be held in the House of Commons tomorrow and the PM is under pressure to perform a U-turn.

However, Health Secretary Sajid Javid today insisted that ‘everyone will be better off’ under the new system. 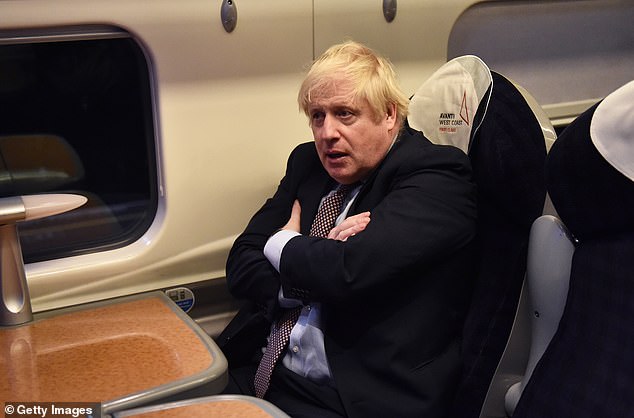 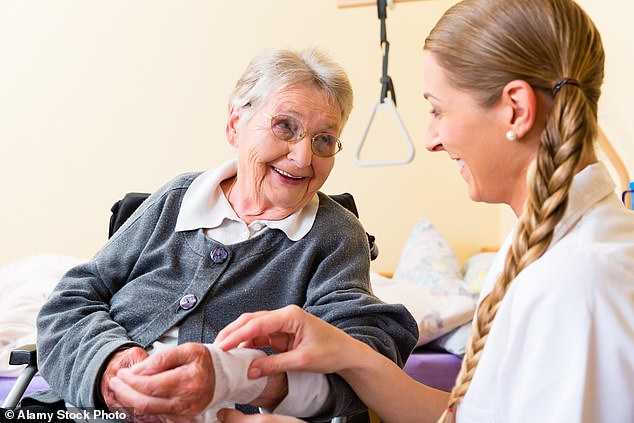 Small-print relating to the reforms means that means-tested support from local authorities for the less well-off will no longer count towards the £86,000 cap. (stock photo)

It had been hoped that the imposition of a cap on lifetime care costs would spare many pensioners the prospect of having to sell their homes to pay for residential care.

But the policy paper published by the Government last week revealed that it is less likely to benefit those who currently get free support from the State under a means test, because that contribution will not be included in deciding when they have reached the cap.

So a poor pensioner receiving state support would have to spend £86,000 of their own money on extra care before they were deemed to have hit the limit.

The Government said the move is needed to ensure ‘people do not reach the cap at an artificially faster rate than what they contribute’.

It said a new ‘much more generous means test’ – which increases to £100,000 from £23,250 the amount elderly people can hold in assets before they have to pay for all their care themselves – ‘is the main means of helping people with lower levels of assets’.

But Mr Dilnot told the Treasury Select Committee that 40 per cent of the elderly who have care needs will now get no benefit from the cap.

He also warned pensioners in the north of England will be hardest hit because of lower house prices in the region.

Tory MPs are calling for the Government to rethink the policy amid fears of a backlash in ‘Red Wall’ constituencies if it is implemented.

Robert Buckland, the Tory former justice secretary, today urged the Government to go back to the drawing board.

He told LBC Radio: ‘I think the Government should look again at this. I think we are in danger of putting the cart before the horse.

‘I think it is far better to actually publish the social care white paper first so that we can see what the new proposals are, what is the system that we are going to be funding, let’s have a look at that first before dealing with…’

Asked if he is currently minded to vote against the policy, the former Cabinet minister said: ‘Yeah, I think that the Government must look again at this. Let’s do the white paper first and then fine tune the way this system is going to be funded.’

Mr Buckland suggested that many of his colleagues hold a similar view as he said there is ‘a lot of concern’ about the change.

Damian Green, the Tory former Cabinet minister, told the Observer: ‘I would urge them to adopt a different approach.

‘I think it would be infinitely preferable to guarantee that people can keep a percentage of their housing wealth rather than having a flat rate applying to the whole country.’

Another Tory MP told The Sunday Times that the change amounted to imposing an ‘inheritance tax’ on ‘Red Wall’ constituencies where house prices are generally lower.

They said that when the vote takes place ‘there are likely to be a lot of first-time rebels’.

The change is expected to be voted on tomorrow as an amendment to the Health and Care Bill.

Labour is urging Tory MPs to oppose the move, with shadow health secretary Jonathan Ashworth saying: ‘Government ministers have not only whacked up tax on working people but are now asking MPs to vote for pensioners across the North and Midlands with modest assets to be hit hardest under Boris Johnson’s care con.

‘”Red Wall” Tories should learn the lessons of the past two weeks, put their constituents first ,and join us in voting down this deeply unfair proposal.’ 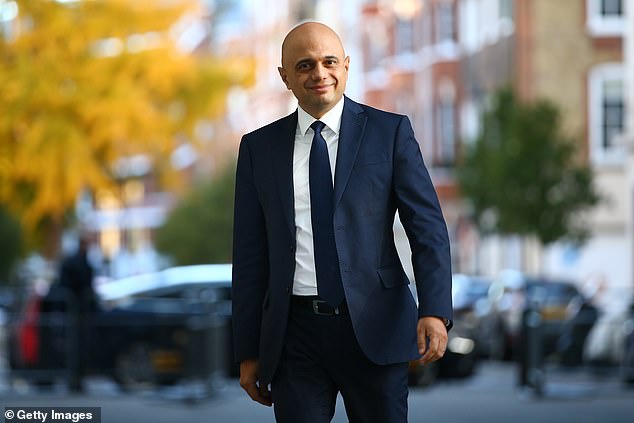 Mr Javid was grilled on the change during an interview this morning on the BBC’s Andrew Marr Show.

Told that Mr Dilnot had criticised the move and warned it would hit poorer pensioners the hardest, the Health Secretary said: ‘He is just looking at his particular plan that he had put forward many years ago versus the plan that we set out in September which is a plan that we said we would do which is to protect people from the catastrophic cost of social care by capping it at £86,000.

Mr Javid pointed to the ‘much more generous means test’ as he defended the Government’s reforms.

Etiquette for dealing with the delivery operator: Be patient and don’t close the door soon

Etiquette for dealing with the delivery operator: Be patient and don't close the door soon