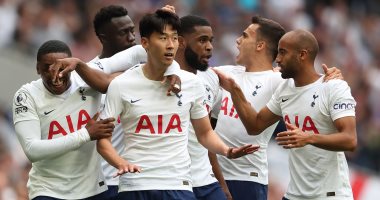 The second round of the group stage competitions of the European Conference League season 2021-2022 will kick off today, Thursday, with several important confrontations, perhaps the most prominent of which is when Tottenham hosts Slovenian rival Mora, while Italian Roma will visit the Zorya Luhansk team of Ukraine.

Tottenham Hotspur will host its Slovenian rival, Moura, at the Tottenham Hotspur Stadium, in the second round of the group stage matches of the European Conference Championship season 2021-2022..

The Tottenham team drew at the start of its campaign in the European Conference League, 2-2 against Rennes in the first round on September 16 last.

While the Slovenian Moura lost to Vitesse Arnhem of the Netherlands 0-2, in the same round of the European competition.

The Dutch team Vitesse Arnhem occupies the table of Group G in the European Conference League, with 3 points, then Tottenham with one point, and French Rennes third with a point, and finally the Slovenian Mora without a balance of points..

Tottenham enter the Slovenian match Moura in the European Conference League, after two consecutive losses in the English Premier League, against Chelsea and Arsenal in the fifth and sixth rounds, respectively, of the Premier League competition..

Tottenham is 11th in the English Premier League standings this season, with 9 points.

In another confrontation, the Italian Roma will be a guest of the Ukrainian team Zorya Luhansk at the Salvutykh Arena, at exactly seven o’clock in the evening, Egypt time today, Thursday.

Roma plays away from home to achieve an important victory to remain the leader of the group after Wolves managed to gain three precious points in the opening round of the tournament last round at the expense of CSKA Sofia, after beating it 5-1, and snatching the top of the group first, and today aspires to preserve it.

While the Ukrainian team seeks to collect the three points to compensate for the last loss it received for the Glimt team after losing 3-1, and today it is trying to take advantage of the stadium factor.