Tottenham are the latest club to show an interest in Chelsea defender Antonio Rudiger.

The 27-year-old has fallen out of favour at Chelsea and has been omitted from Frank Lampard’s last three squads against West Bromwich Albion, Barnsley and Liverpool.

West Ham United and Paris Saint-Germain have  shown interest in taking Rudiger on a season-long loan. 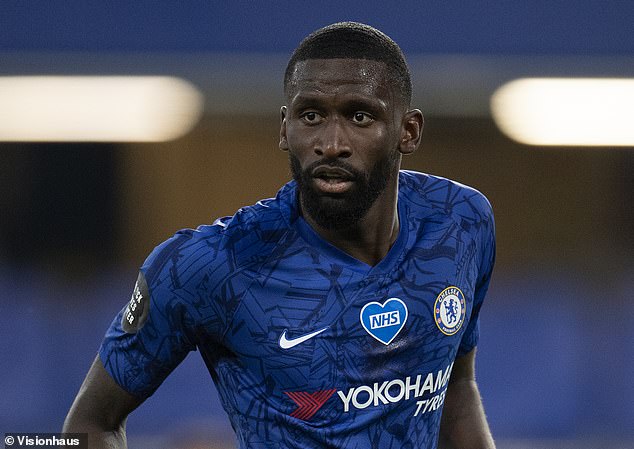 Tottenham are also monitoring the Germany international with Chelsea unlikely to allow a player to join a rival on a temporary deal, according to Sky Sports.

Rudiger’s last appearance for the Blues came in the FA Cup final defeat to Arsenal in early August, when he was partly culpable for Pierre-Emerick Aubameyang’s winner in a 2-1 defeat.

Despite his role in helping convince compatriots Kai Havertz and Timo Werner to join him at Stamford Bridge this summer, Rudiger appears to have reached the end of the road in SW6.

Chelsea have already received an offer from Paris Saint-Germain for the imposing centre back, with the French champions also looking to strike up a loan deal with an option to buy.

The Hammers had the fifth-worst defence in the Premier League last season and Rudiger would no doubt expect to start immediately as he eyes a spot in Joachim Low’s Germany squad for Euro 2020.

Furthermore, David Moyes will be desperate to bolster his defence after their poor start to the season, losing their opening two matches against Newcastle and Arsenal.

Make His Heart Beat, Bang & Hammer With Attraction For You…

Make His Heart Beat, Bang & Hammer With Attraction For You...