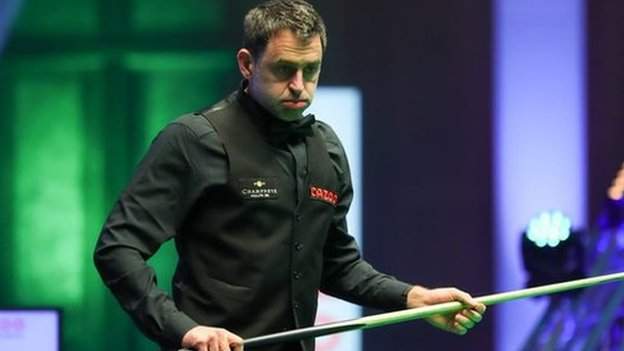 O’Sullivan never looked back and said he enjoyed the Celtic Manor venue more than what he called “a Category A prison” base in Milton Keynes.

Several tournaments have been held without spectators at the Marshall Arena in Milton Keynes during the Covid-19 pandemic, with special protocols in place.

After winning his semi-final at Celtic Manor in Newport, O’Sullivan said: “It’s a lot better than Milton Keynes – Category A prison, that. I’ve seen enough of them over the years.

“I spent far too long there. That’s a sad gaff, I didn’t enjoy that towards the end.

“It’s nice to come to a nice resort, the food’s good and you can actually see some greenery and trees.”

Hawkins began the match with breaks of 125 and 138 – the highest of the tournament so far – as the pair shared the opening eight frames.

He took six of the next eight and looked set for a 10-6 win before an unfortunate miss was the catalyst for the six-time world champion’s comeback.

“He deserved to win. I feel for Barry, he’s been grafting at his game and been unlucky with a few results,” O’Sullivan told ITV.

“It’s a horrible way to lose, but hopefully he can respond. He outplayed me. I just got out of jail.”

World number 13 Hawkins said he felt “numb” after the defeat.

“I’m a bit devastated but I’m not going to beat myself up too much,” he said.