Tragedy as child, nine, dies after being struck by a truck

Tragedy as girl, nine, dies after being struck by a truck – as paramedics who desperately tried to save her life hug each other and man chokes back tears

A child has been killed after being hit by a truck in Western Sydney.

Paramedics were called to Boomerang Place in Cambridge Gardens after 4.00 on Monday afternoon after reports a child had been struck by a vehicle.

NSW Police said the child, who is believed to be a nine-year-old girl, died at the scene. 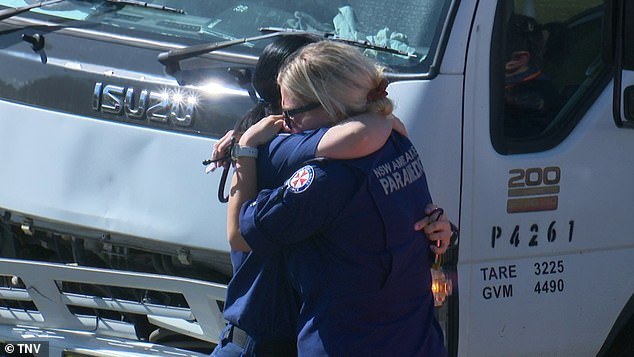 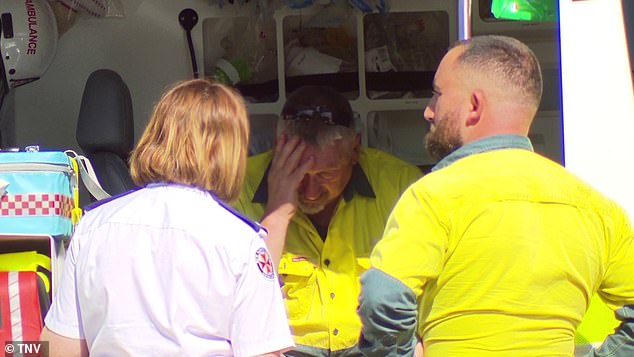 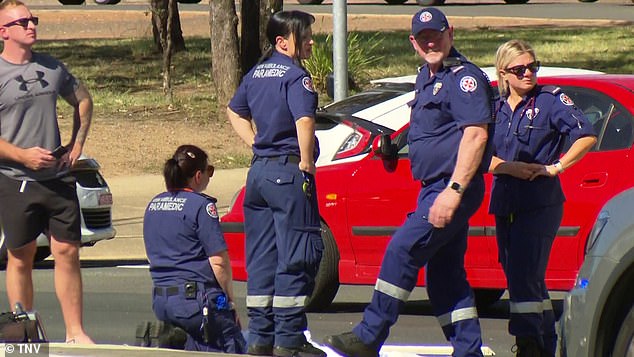 Paramedics stationed at the scene. An investigation into the cause of the crash is underway

A crime scene has been established at the scene and an investigation into the cause of the crash is underway.

Heart wrenching pictures from the scene showed paramedics hugging after the tragedy.

Another man was pictured with his head in his hands surrounded by ambulance officials.