Trainer reveals his favourite snacks and food swaps under 100 calories

A fitness trainer who shed 45 kilograms by changing his exercise and eating habits has revealed the low calorie snacks that helped him succeed.

The man who goes by ‘aussiefitness’ on TikTok had plenty of options for people who struggle to give up sweets, including ‘lite’ jelly, chocolate brownies and even ice cream.

‘You have most likely heard of Halo low-calorie ice cream before but this is Kenny’s and it is from Aldi. It is half the price and in my opinion it tastes way better,’ he said. 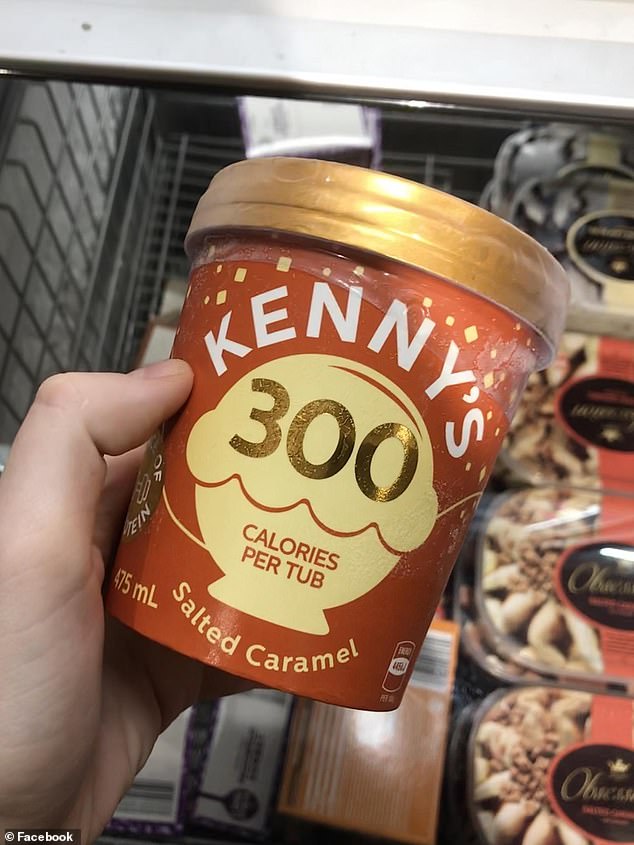 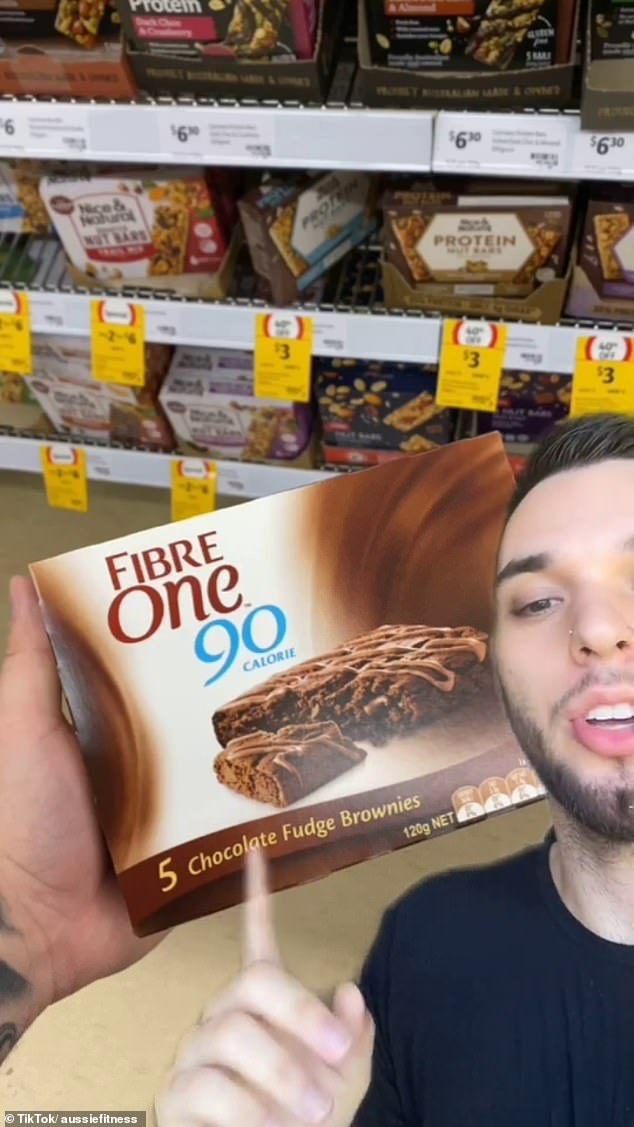 There are four servings in the tub making each serve just 75 calories.

The jelly he recommends is less than 10 calories per serve.

For chocolate lovers he suggested brownies.

‘Fibre One have these amazing 90-calorie chocolate fudge brownies – they are available in six flavours as well,’ he said.

He also suggested ‘food swaps’ which can help slash the calorie content of meals.

‘These rye wraps are 71 calories, compared to normal wrap which is between 150 and 200 calories,’ he said.

Hot drinks can also go back on the menu.

‘If you love hot chocolate or coffee Avalanche has the best range of flavoured 99 percent sugar-free coffees and hot chocolates and they are around 60 calories per serving,’ he said. 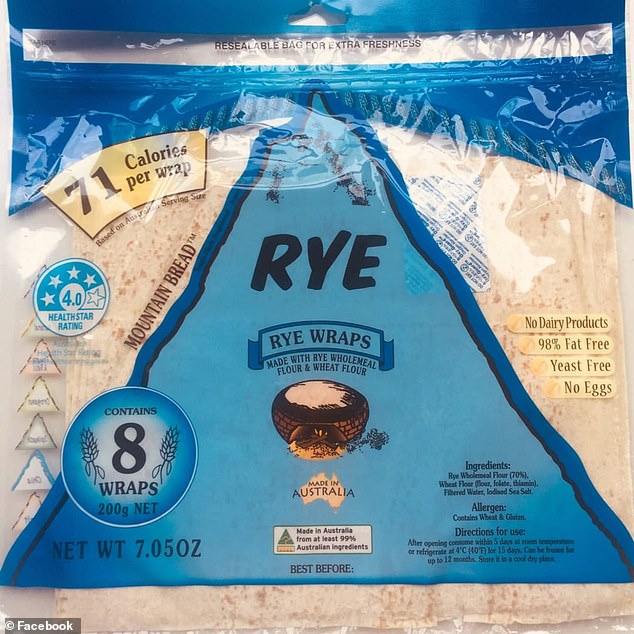 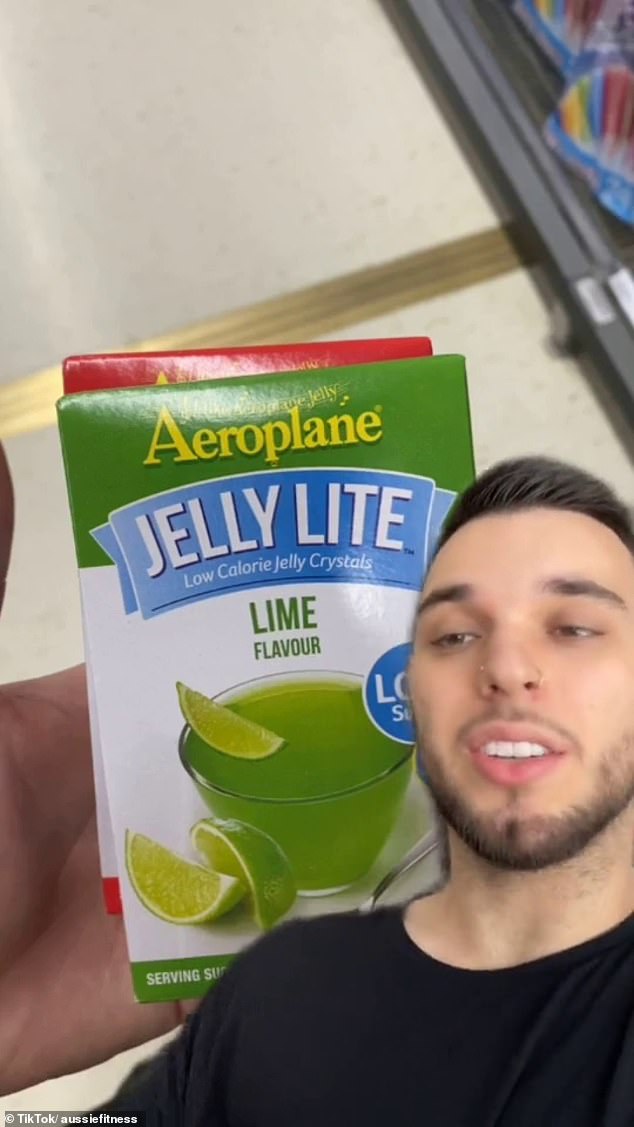 But his favourite snack, corn thins, can be eaten alone or made as a meal to replace hi-calorie sandwiches or burgers.

‘There are 23 calories per corn thin and you can add a variety of different toppings depending on the flavour you want,’ he said.

The helpful hints were applauded online with over 70,000 people liking the post.

‘I definitely want to try that ice cream,’ said one woman.

‘Love this, would love to see another part in the future,’ another said.

‘Disagree with the Fibre One’s unless you have someone to lock away the rest of the box, one woman laughed.

And he has promised a video for those wanting his ‘savoury faves’.

‘I do not have a sweet tooth,’ one woman said. 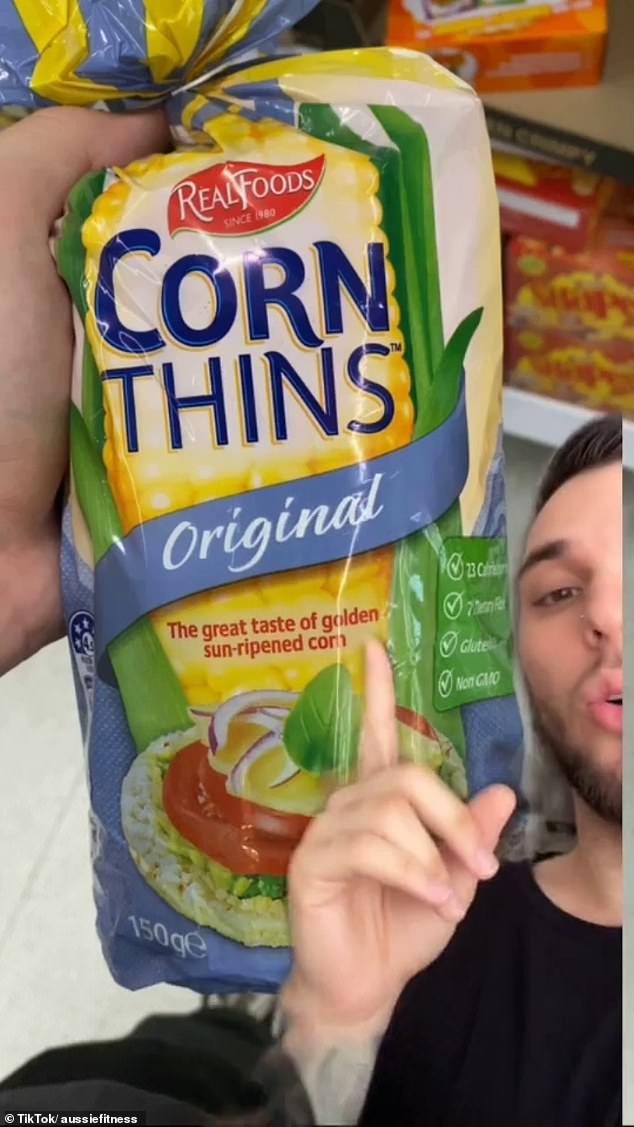 ‘Can you please recommend savoury favourites, I struggle to find anything,’ one woman pleaded.

The fitness fan has previously posted about his weight-loss journey calling out people in the industry who say certain exercises help to get rid of weight from key areas.

‘You don’t get to choose where you put on weight or lose it,’ he said.

‘The only way to lose weight from certain areas is to be in a calorie deficit and be patient,’ he said. 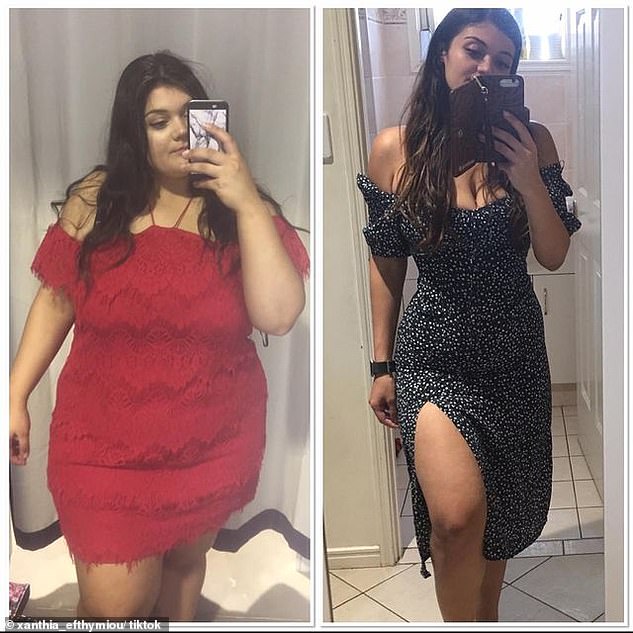 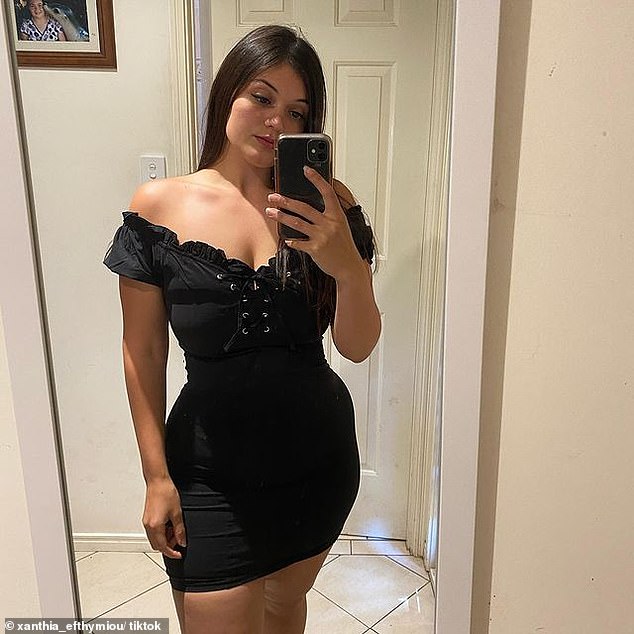 A fitness-obsessed young woman has revealed her favourite low calorie snacks, including chips, ice blocks and chocolate – after losing more than 35 kilograms

She posted the video on her Fit with Xan TikTok page, where she has more than 300,000 followers.

Her video got thousands of likes and many comments showing support – however some people were concerned with the ‘per serving’ guides.

‘My problem is I never eat just one serving,’ one woman said.

‘I just realised I at four servings of popcorn yesterday thinking the whole bag was 97 calories,’ said another. 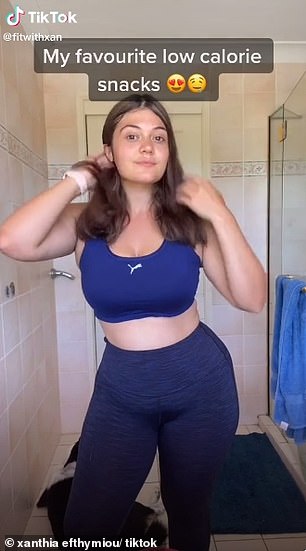 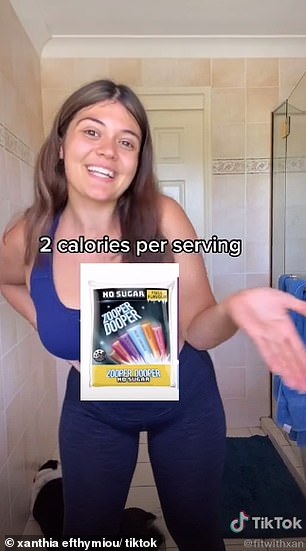 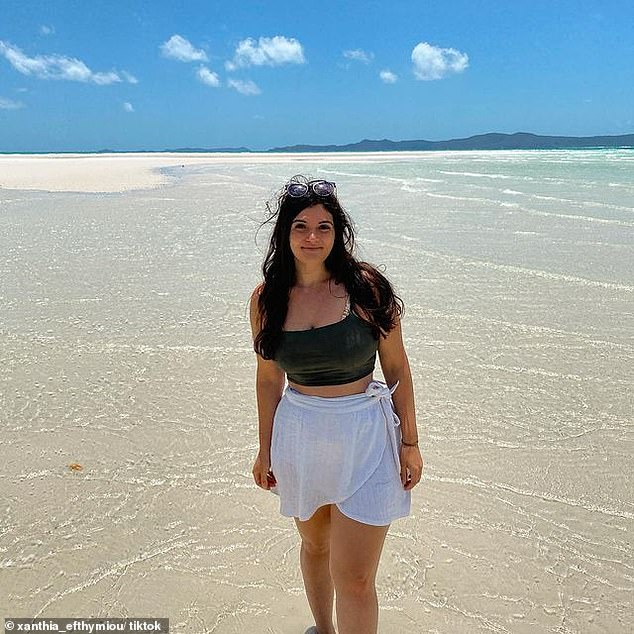 The young woman posted the video on her Fit with Xan TikTok page, where she has more than 300,000 followers

What are their favourite low-calorie snacks?

He agreed with Xanthia that Fibre One brownies, Lite Jelly and Kenny’s ice cream all deserved to be mentioned as they are all ‘great’ low-calorie snacks.

Her video comes just months after she told Daily Mail Australia she started her weight loss journey in December 2017 after experiencing painful back issues.

‘I went to my doctor to find out I gained 20kg that year and was told I would have major health risks if I was to continue gaining weight the way I was,’ she said, adding she weighed 114 kilograms at her heaviest.

Within two years, she went from a size 22 to a size 12 after losing 44 kilograms.

Sharing an incredible ‘before’ and ‘after’ picture of her body transformation, Ms Efthymiou said her weight loss has been ‘100 percent natural’.

‘It took me two years to achieve the body I am in today from hard work and thriving off dedication to better my health,’ she said.

The Russian Ambassador in Washington: We are not politicizing the issue of Corona vaccines

Iraq suspends the airline, “Fly Baghdad”, for an indefinite period

Iraq suspends the airline, "Fly Baghdad", for an indefinite period