Trans woman of three years, 67, is banned from ladies bowls team until she has a sex change surgery

Bowled over by prejudice: Trans woman of three years, 67, is banned from ladies bowls team until she has a sex change surgery

By Glen Keogh For The Daily Mail

But its air of old-fashioned respectability has been knocked off the green by a row over whether a 67-year-old trans woman can play competitively for a women’s team.

Stella Moore, who has lived as a woman for three years, joined her local bowls club nine months ago and found it ‘brought me happiness at a time when I was depressed’. 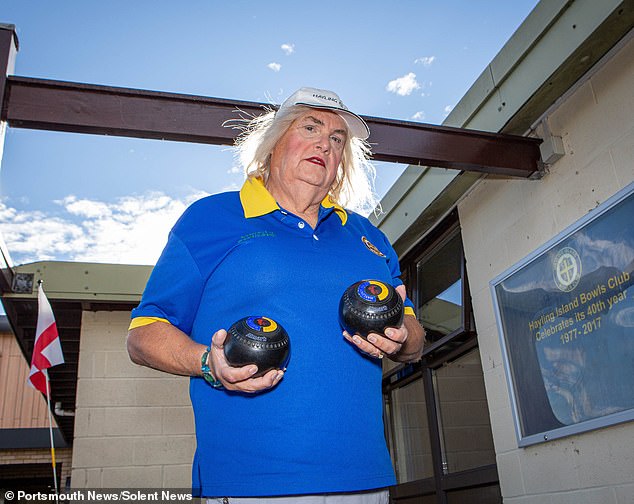 Pictured: Stella Moore outside Hayling Bowls club, Hayling Island. Stella joined her local bowls club nine months ago and found it ‘brought me happiness at a time when I was depressed’

In fact, she took to her new hobby so well she hoped to compete in a women’s league.

But that ambition was dashed when Portsmouth and District Women’s Bowling Association said the sport’s rules meant she had to have sex change surgery or produce a certificate to prove she was a woman.

Miss Moore, who has two children and is separated from her wife of 37 years, said that – at £140 – the UK gender recognition certificate was too expensive.

The retired quality engineer, who has already been waiting for surgery for three years, also criticised the trans policy on the association’s website.

The guidance, which has been removed, said: ‘Transsexuals should present in an understated fashion… including not wearing too much make-up (few lady bowlers “vamp-up” on the green!).

‘The transsexual should show goodwill by freely involving in aspects of social activities… (to) allow other members… to become used to her being around en femme.’

It added that opposition teams should be sent a ‘sensitively written letter’ explaining the trans player ‘will not embarrass anyone involved’. 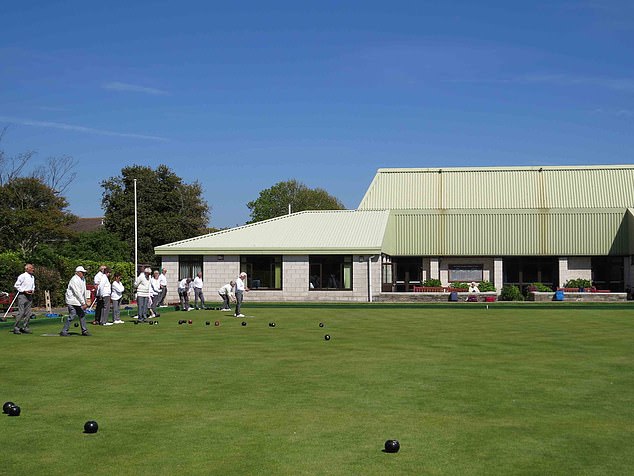 Miss Moore, of Hayling Island, Hampshire, said: ‘The league is in the dark ages and the rules are archaic – Pictured: Hayling Island Bowls Club

Miss Moore, of Hayling Island, Hampshire, said: ‘The league is in the dark ages and the rules are archaic. I understand if it was a sport like boxing there would need to be more considerations – but this is bowls.

‘It is so frustrating that we have to prove ourselves time and again. My club wants me to play because they think I am good enough.’

Local association president Cyndy Goldacre said the ‘very emotive subject… obviously needs to be revisited by those who make the rulings’.

Jon Cockcroft, chief executive of Bowls England, the sport’s governing body, said: ‘Our aim is to create an environment which is accessible and fair to all.

‘We will be updating our transgender policy ahead of the 2021 season. This will provide clarity to help avoid situations such as this.’