Arsenal’s French midfielder Matteo Guendouzi, 21, is set for a move to Bundesliga side Hertha Berlin, after falling out of favour at Emirates Stadium. (Mirror)

Netherlands forward Memphis Depay, 26, has agreed terms to join Barca from Lyon and could complete a move on Monday. (Telefoot via Goal)

Southampton have made a loan enquiry for Manchester United and England Under-20 full-back Brandon Williams, 20. (Telegraph – subscription required)

French centre-back Jean-Clair Todibo, 20, could be on his way out of Barcelona on loan. The 20-year-old would prefer a move to Fulham and Everton are also interested. (Le 10 Sport – in French)

Germany defender Antonio Rudiger’s loan move to AC Milan is all but done, with Chelsea happy to let the 27-year-old go before negotiating a extension to his contract, which has two years left to run. (90min)

Celtic are interested in signing West Ham United’s Scotland midfielder Robert Snodgrass, 33, on loan – but are also open to a permanent deal. (Sun)

Meanwhile, Anderlecht are close to a deal for the Hammers’ Republic of Ireland midfielder Josh Cullen, 24. (Het Laatste Nieuws – in Dutch)

Brighton and Hove Albion are preparing a 11.5m euro (£10.4m) bid for Poland midfielder Jakub Moder, 21, before loaning him back to Lech Poznan for the season. (Super Express – in Polish)

Valencia and Central African Republic midfielder Geoffrey Kondogbia, 27, is the subject of a 25m euro (£22m) bid from an unnamed Premier League club. (Marca – in Spanish)

Roma and Netherlands winger Justin Kluivert, 21, is heading to RB Leipzig on a season-long loan. (Fabrizio Romano, via Football Italia)

Werder Bremen attacking midfielder Davy Klaassen, 27, is set to return to boyhood club Ajax, after an 11m euro (£10m) fee was agreed for the Netherlands international. (De Telegraaf – in Dutch) 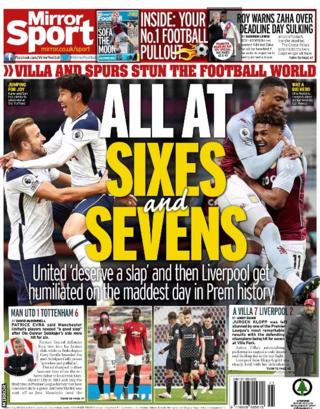 7 Inside-Out Benefits of Ginger for Your Body & Beauty