England striker Harry Kane has once again told Tottenham he wants to leave the Premier League club at the end of the season. Manchester City, Chelsea and Manchester United have expressed a desire to sign the 27-year-old. (Sky Sports)

Manchester United are up against Manchester City as they plan a Â£52m move for Sporting Lisbon’s 18-year-old Portugal full-back Nuno Mendes. (Mail)

England international Kieran Trippier is being linked with a return to the Premier League, with Manchester United and Everton both set to battle it out for the 30-year-old Atletico Madrid right-back’s signature. (Athletic, subscription required)

Manchester United lead Ajax in the race to Ghana forward Kamaldeen Sulemana from FC Nordsjaelland after positive talks about signing the 19-year-old on Monday. (Football Insider)

Spanish defender Marcos Alonso, 30, and 26-year-old Italian left-back Emerson Palmieri are pushing to leave Chelsea at the end of the season to try and pursue opportunities in Serie A, as they both “want to feel important again”. (Gazzetta dello Sport – in Italian)

Lyon’s Dutch forward Memphis Depay, 27, is expected to complete his long-anticipated move to Barcelona as a free agent before this summer’s European Championship. (L’Equipe – in French)

Ivory Coast international and former Arsenal forward Gervinho, 33, is set to leave relegated Italian Serie A side Parma at the end of his contract for a move to Trabzonspor. (Goal – in Turkish) 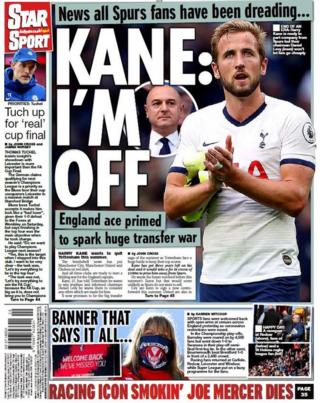 After FIFA’s penalty, Al-Ahly imposes a heavy fine on the “excluded” couple

AFL live: Swans take on Hawks at the SCG

Naya Rivera’s ex, Tahj Mowry, believes no other partner will measure up to her

Andriy Yarmolenko became the latest Euro 2020 star to join in the Coca-Cola/Heineken furore after his man-of-the-match...