Transgender woman locked out of her Santander account ‘due to her voice’ gets £1,000 compensation

Transgender woman who was  regularly locked out of her Santander bank account ‘because she sounded like a man on the phone’ gets £1,000 compensation

A transgender woman has been awarded £1,000 compensation after her ‘deep voice’ caused her bank to think she was a fraudster.

The customer, who wanted to be treated as a woman, also got upset when Santander changed her title to Mx, when she chose to be known as Ms.

Problems started for her when she called the bank about a transaction and despite clearing all the security checks she was told to go to a branch with ID to get her account unlocked.

She was told this was because the person she was speaking to on the phone thought she was a man because of her deep voice. 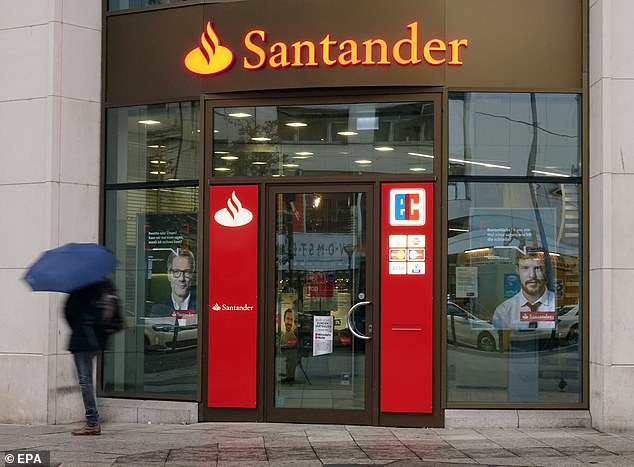 The customer, who wanted to be treated as a woman, also got upset when Santander changed her title to Mx, when she chose to be known as Ms (file photo)

The woman, then complained to the Financial Ombudsman, after more transactions were blocked and she was made to go into a branch with ID to prove who she was.

The frequent blocking of her account meant that at times she was left without cash for food and essentials and had to borrow money from friends.

The Ombudsman ruled against Santander and said the bank should have shown more understanding and ordered it to pay her £1,000 in compensation.

The ruling said: ‘I would have expected Santander to have started to think about a solution – not least because the issue is particularly sensitive for Ms P as she’s transgender.

‘I don’t think Santander recognised there was a problem early enough, and more importantly I don’t think its responses were always appropriate or sensitive.

‘A branch member, for example, no doubt trying to help, changed Ms P’s title on her profile to ‘Mx’ from ‘Ms’ without even asking Ms P. Ms P is a woman, and proud to be so.

‘She had made it very clear to Santander that she wants and expects to be treated like any other woman, as is her right.

‘Our investigator suggested that Santander add a note to Ms P’s profile saying that her voice doesn’t match her profile.

‘I think that is a sensible suggestion as people – transgender or otherwise – do sometimes have voices that don’t match their gender, age, or region amongst other things.’

In a separate case Confused was ordered to pay £200 to a Doctor who when entering their details on the price comparison site was forced to input a gender.

When the firm wrote to try to explain the issue they used the wrong pronoun which the Ombudsman said was a ‘careless’ error.

A third case saw Liverpool Victoria being ordered to pay £350 to a customer after a new computer system meant they had to have a title, so they called the person Ms.

The Ombudsman said the customer had ‘very personal’ reasons for not wanted to have a title in front of their name.

A spokesperson for Mermaids, the UK transgender children’s charity said: ‘Transgender people have been an integral – though often hidden – part of our shared society for generations.

‘Still, too many corporations overlook the existence of trans lives and find themselves accused of discrimination.

‘These cases are another reminder to companies of all sizes, that their business is stronger and their customer support more inclusive if they invest in policies and staff training around lgbtq+ awareness.

‘For a trans person to be misgendered by a trusted company is hurtful, disrespectful, potentially discriminatory and unnecessary.’