Transportation Secretary Pete Buttigieg became the first gay Cabinet member in U.S. history to have children as he and his husband welcome newborn twins to the world.

Buttigieg, 39, announced the historic news on Saturday with a black-and-white Twitter photo of he and his husband, Chasten, 32, holding their daughter, Penelope Rose, and son, Joseph August.

‘Chasten and I are beyond thankful for all the kind wishes since first sharing the news that we’re becoming parents,’ Buttigieg tweeted. ‘We are delighted to welcome Penelope Rose and Joseph August Buttigieg to our family.’ 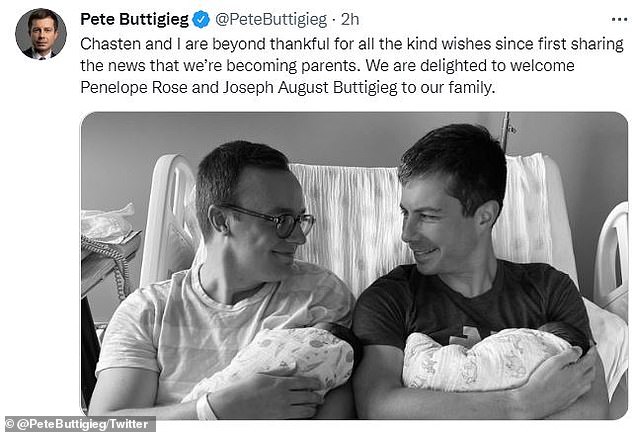 Buttigieg shared the happy news in this tweet on Saturday morning

It is unclear whether the babies were adopted, or born to a surrogate mom, but the couple had been trying to adopt for over a year.

The couple listed themselves as available to adopt a baby who had ‘been abandoned or surrendered at very little notice,’ the Washington Post reported.

They were close to adopting a child several times, including once in July but the mother decided not to give the baby up for adoption at the last moment, The Washington Post reported.

‘It’s a really weird cycle of anger and frustration and hope,’ Chasten told the paper in July. ‘You think it’s finally happening, and you get so excited and then it’s gone.’

They finally got the news that they were hoping for in mid-August: They were going to be parents 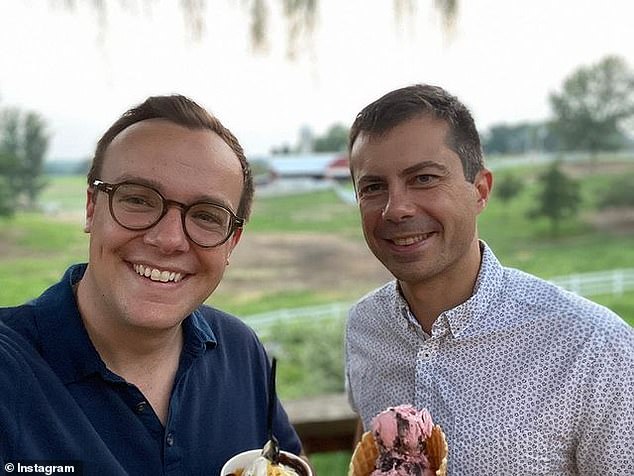 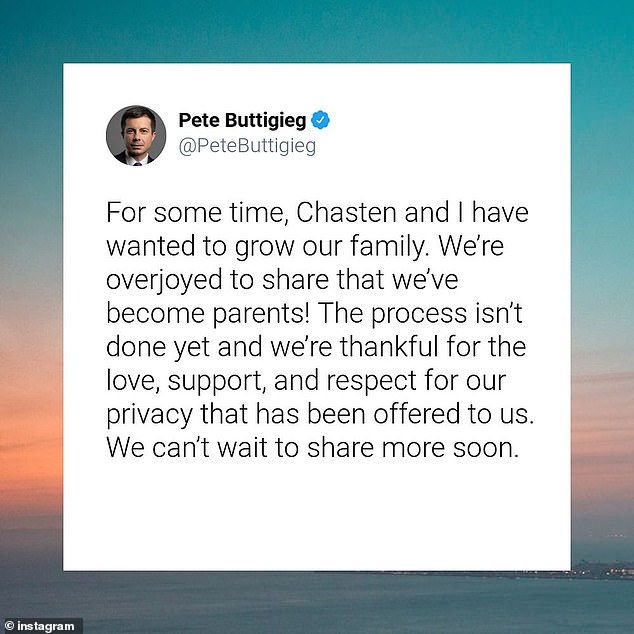 Buttigieg said in an August 17 Tweet, ‘We’re overjoyed to share that we’ve become parents! The process isn’t done yet and we’re thankful for the love, support, and respect for our privacy that has been offered to us. We can’t wait to share more soon.’

Buttigieg and Chasten – an author and former teacher – got married in 2018 during Buttigieg’s tenure as mayor of South Bend, Indiana.

He was first elected mayor in 2012 and served until 2019, and since then, he’s been making history at the federal level.

At 39, he’s also the youngest person to ever head the U.S. Transportation Department.

During the Trump administration, former US Ambassador to Germany Richard Grenell was appointed Acting Director of National Intelligence, becoming the most powerful gay person ever to hold office in the United States.