By Daniel Matthews and David Coverdale for the Daily Mail

Sergio Aguero had been waiting since he was 14. ‘One day Barcelona will surely notice me,’ he would say. Almost two decades on the call came and last month Aguero opened his Barca account in El Clasico against Real Madrid.

It wasn’t supposed to be his final bow. Six days later, however, the striker suffered chest pains against Alaves. Now, after being diagnosed with an irregular heartbeat, Aguero’s career looks to be over at the age of 33.

It comes five months after the harrowing collapse of Christian Eriksen and only three weeks since Icelandic midfielder Emil Palsson required resuscitation. Both suffered cardiac arrests on the pitch.

Over here, Shrewsbury striker Ryan Bowman is back in the goals after palpitations against Ipswich last month.

His heart was racing at 250 beats a minute and doctors had to shock his cardiac system back to normal.

Others never get that second chance. In September, 17-year-old Dylan Rich died after a suspected cardiac arrest during an FA Youth Cup game in Nottinghamshire. 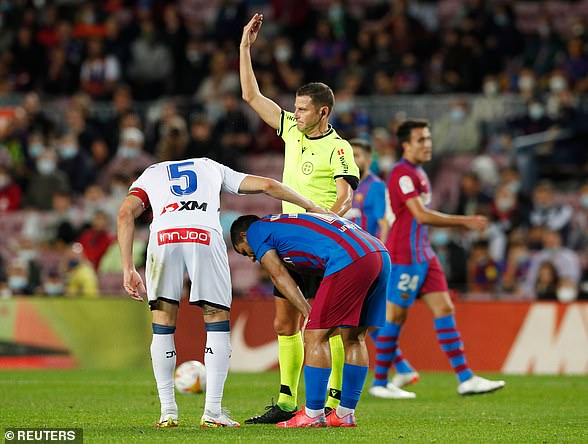 So is enough being done to prevent tragedy from striking again on a pitch? Sportsmail has spoken to a number of relatives, experts and campaigners. Today, they warn:

Research published in 2018 found the risk of elite footballers suffering sudden cardiac death was ‘much higher than believed’. Around one in 260 harboured a life-threatening cardiac condition. 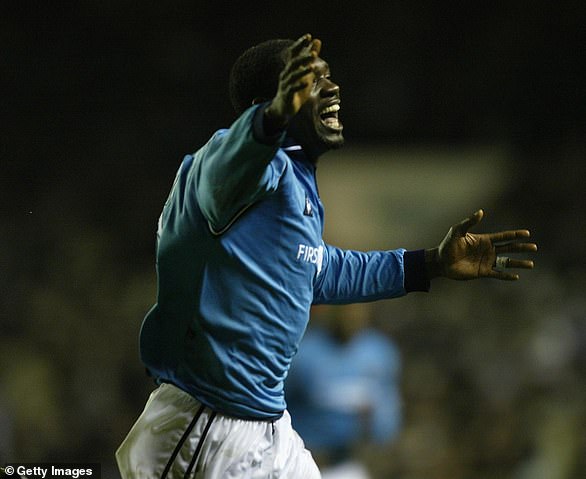 Nothing kills athletes under 30 in the UK more regularly than sudden cardiac arrest. Every year, 600 people die before reaching 35 from undiagnosed heart conditions.

‘If you’ve got a car with something not quite right with the engine, and you decide to drive it across the desert, you’re putting it in the worst-case scenario,’ says Dr Steven Cox of Cardiac Risk in the Young (CRY). ‘This is the key. It’s not normal what athletes do.’

Charlie Edinburgh was in his kitchen when Eriksen slumped to the turf in Copenhagen in June. The 28-year-old watched alongside his mother Kerri as life left the midfielder’s body. 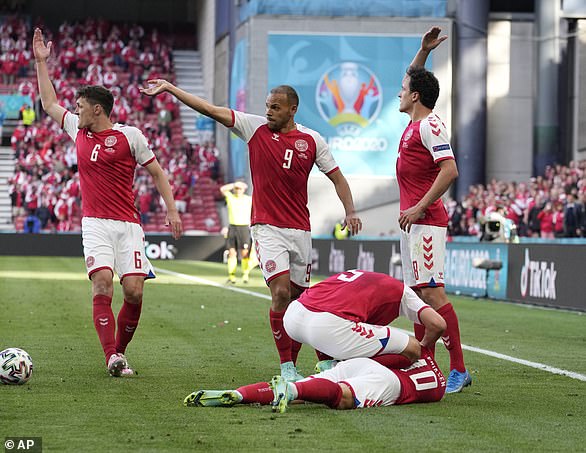 ‘All that came to my head was memories of dad,’ Edinburgh says.

‘All of the pain and suffering we’ve endured.’ In 2019, former Tottenham defender and Leyton Orient manager Justin Edinburgh died aged 49 following a cardiac arrest at a gym. ‘It just brought back horrific memories,’ Charlie adds. ‘There are no words that can explain the shock. It’s like a light switch. One minute they’re here, the next they’re gone.’

Eriksen’s heart was flicked back on during 13 minutes of emergency treatment. Now the Denmark midfielder, fitted with an implantable cardioverter defibrillator (ICD), hopes to play again.

Through the JE3 Foundation, Edinburgh fights to ensure his family — rather than Eriksen’s — is the exception. ‘Cardiac arrests are not going away — that’s the scary thing,’ he says. ‘This is happening on a regular basis. There is so much more that can be done by the wider footballing community.’ 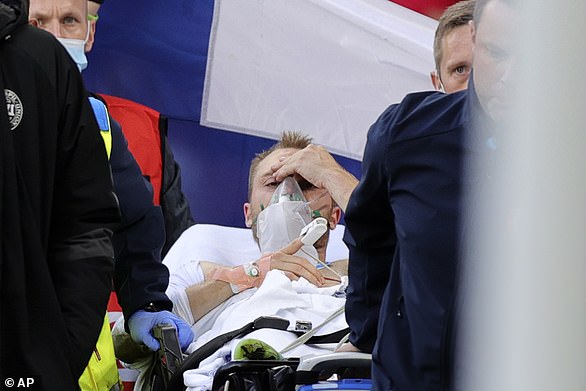 The foundation has been ‘inundated’ by clubs and individuals within sport keen for education and training.

Tottenham defender Japhet Tanganga attended one of their CPR workshops; Wolves players asked for a basic life support session following the collapse of a Newcastle fan.

Across football, however, Edinburgh rues an opportunity missed. ‘How many more instances are going to need to occur?’ he asks. ‘There has to be something done as more lives are going to be lost unnecessarily.’

This isn’t a new problem, after all. Marc-Vivien Foe and Cheick Tiote collapsed and died while playing.

Fabrice Muamba and Iker Casillas are among those to have had lucky escapes. Crystal Palace midfielder Conor Gallagher required heart surgery in 2018 after feeling his heart beating worryingly fast and falling ill.

Ajax defender Daley Blind was fitted with an ICD for ‘heart muscle inflammation’ in 2019. The device went off last year when he collapsed during pre-season.

There are concerns football’s ever-increasing speed and ever-bulging calendar could be putting vulnerable players at more risk.

‘We are seeing more and more issues coming to the fore and it is still underreported to the general public,’ says cardiologist Dr Aneil Malhotra, who works with England and Premier League clubs. 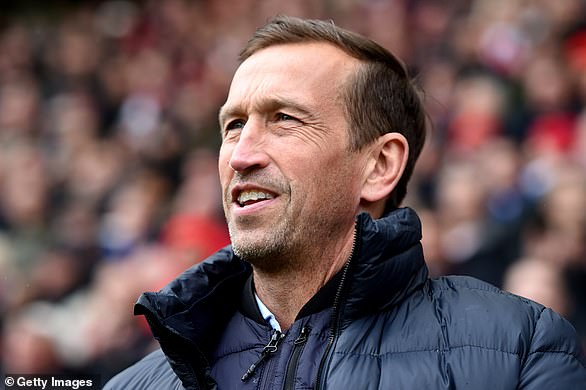 To try to detect heart problems before it is too late, every player at England’s 92 league clubs is now screened at 16, 18, 20 and 25. Players have an electrocardiogram (ECG) to monitor the heart’s rhythm and electrical activity, as well as an ultrasound. These reveal the most serious conditions.

Midfielder Nnamdi Ofoborh was sidelined after he joined Rangers from Bournemouth in the summer when medics detected a possible issue with his heart. However, not everything can be picked up.

At Spurs, Eriksen was tested annually and no warning signs appeared. ‘You can screen until the cows come home,’ says Malhotra. ‘But a small proportion of people may slip through the net.’ When issues are detected, the majority can be treated or cured. But again, not all.

‘At that point we have to make a call on whether that athlete should carry on playing,’ says Professor Sanjay Sharma, chair of the FA’s expert cardiac consensus panel, who also screened Eriksen at Spurs. ‘This is where the sporting and medical communities are a bit divided. Who am I to say: you will not play again?’

All medics can do is warn. ‘It’s a very difficult conversation,’ explains Sharma. ‘A conversation that can just be ignored. “Thank you very much, Doc, but I’m going to carry on playing”. There’s a lot of that.’

Responsibility then falls to a player and their employer. Sportsmail has discovered that a League One player was close to joining a top Premier League club this year until an underlying heart issue was discovered. Another top-flight club chose to sign him.

‘As an employer you have to show some responsibility,’ Sharma says. ‘If something did go wrong, people have got to be able to go back and say that they had done everything properly.

Friction arises when you get some cardiologist saying, “Surely someone has to take the lead with this”. Someone who understands what could go wrong should be able to turn round and say, “He shouldn’t have played”.’ 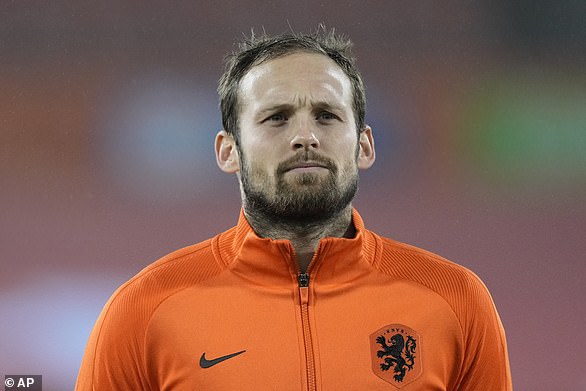 That happens in Italy, where rules ban players such as Eriksen if they are at increased risk of sudden cardiac arrest. There is no such policy here — nor is cardiac screening mandatory across organised sport.

In Italy, all children involved in grassroots sport are tested from the age of 12 and sudden cardiac death has been reduced by 89 per cent.

CRY, who already provide free screening to more than 30,000 people every year, believe the UK should follow.

‘Every young person should have the choice to be screened at least once,’ Cox says. ‘We see Muamba and Eriksen and that gives the misconception that these events only involve professional athletes.’ 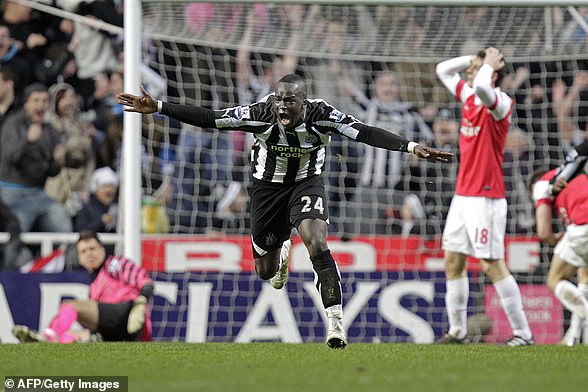 Calls to the charity increased by 243 per cent in the week following Eriksen’s collapse.

‘We have over 50,000 people on a waiting list,’ Cox adds. And it is a critical time. According to Sharma, viruses such as Covid may cause heart muscle damage and pre-dispose people to certain rhythm disturbances.

Malhotra adds: ‘People could potentially have inflation of the heart muscle and are pushing themselves. We are going into uncharted territory.’

Elite athletes who contract Covid are given a cardiac test, one of several investigations that can unearth problems. And yet clubs still do not use all the tools at their disposal, including MRI scans, which could pick up inflammation or scarring. 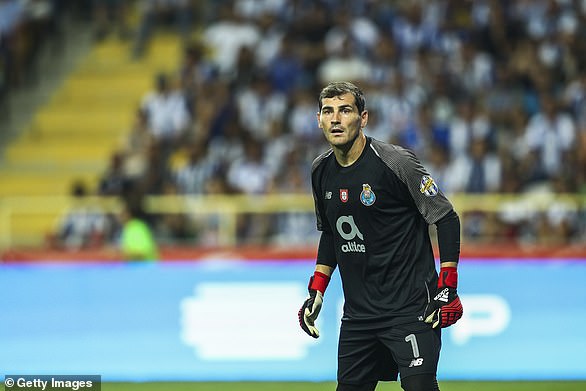 ‘Premier League players are worth so much,’ Sharma says. ‘Why don’t they have every single test so you can pick up everything? The more tests you do, the more answers you’ll get. But you can open up a can of worms. If we found a little speck of scar, the question is: does that mean he’s in trouble?’

Another issue? Medics ‘would never get permission’ from Premier League clubs to put players through lengthy scans ‘just to do research,’ Sharma says. ‘They will say, “Training and fixtures are more important”.’

The latest medical research looks at ‘predictors’ of sudden death. ‘What we don’t know,’ Sharma explains, ‘is when some of these issues become very apparent.’

Malhotra believes artificial intelligence could prove crucial. So does Casillas. The former Real goalkeeper, who in 2019 suffered a heart attack in training, invested in Spanish start-up IDOVEN, which has developed software to detect heart problems earlier.

After Eriksen’s collapse, the Premier League vowed to donate defibrillators — which cost £800 to £2,500 — to more than 2,000 grassroots football sites‘That’s not even touching the surface,’ Edinburgh adds. ‘There are millions of pounds in football that go towards what? There’s a naivety around cardiac arrest, a lack of education in this country. Football has come on but there’s still a long road ahead.’