The heartbroken mother of woman who died after falling from a mechanical bucking bronco on a night out has paid tribute to her ‘beautiful and kind’ daughter.

Jessica Lally, 26, died from a cardiac arrest after she fell from the mechanical bull at Bronco’s Rodeo bar in Sheffield, South Yorkshire, last October.

Her devastated mother Joan has now described the loss of her daughter, who had been planning to marry her partner later this year, as ‘heartbreaking’ and said ‘sometimes we still fall into pieces’.

Jessica’s family have now launched a fundraising campaign for the installation of more lifesaving defibrillator equipment at public venues as this device could have saved Jessica’s life had one been used sooner.

Joan said her daughter and her friends had been at the Bronco’s Rodeo bar in Sheffield, when tragedy struck. 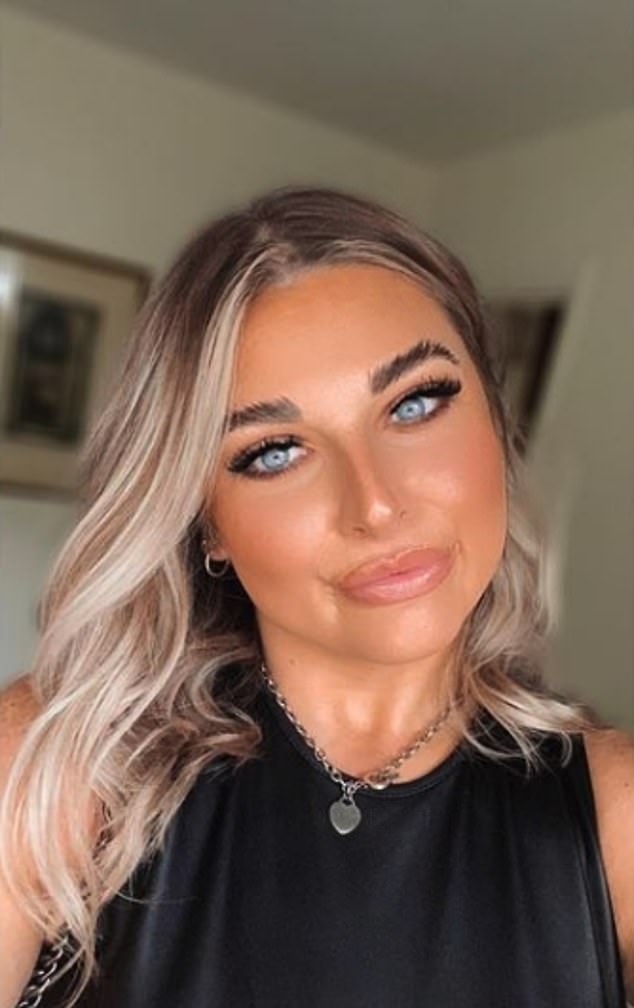 Tributes have been paid to ‘beautiful’ bride-to-be Jessica Lally, 26, who died from a cardiac arrest after a night out in Sheffield

The bar, an American-themed eatery, has a mechanical bull that customers can ride and Jessica’s mother said that – like many other customers – Jessica decided to give it a go.

Joan said: ‘She was in the Bronco Bar and she went on the ride and fell off and had a cardiac arrest.

‘She was just on a night out. She’d not had a lot to drink. They’d been for a meal actually and they called in there afterwards.

‘I don’t know why she decided to go on it. She was just having fun I suppose.

‘She’d just gone out for a night out and then we had police at the door at midnight.

‘We’re still going through it now. Sometimes we still fall into pieces. It’s been heartbreaking.’

Jessica, who worked as a manager for jewellery company Pandora, had been planning to get married to her partner and her mother said that she had ‘her whole life ahead of her’.

She said: ‘She was such a beautiful girl, so kind and funny. She’d got her whole life planned. They were going to get married.

‘She always wrote these fantastic Christmas lists, but that year she’d just put: a house, a ring and a baby.’ 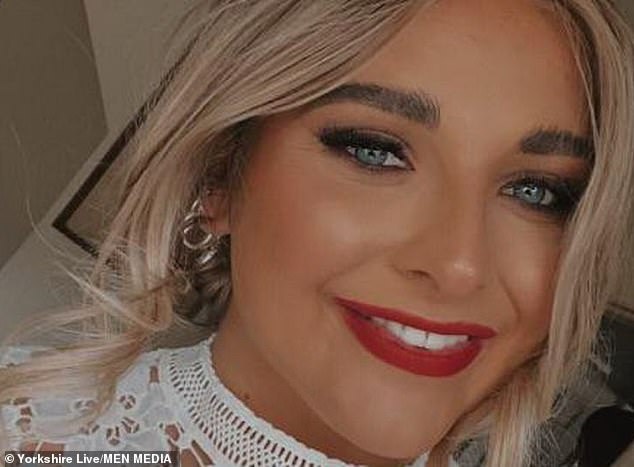 Jessica’s mother Joan described the loss of her daughter as ‘heartbreaking’ and said ‘sometimes we still fall into pieces’. Pictured: Jessica Lally 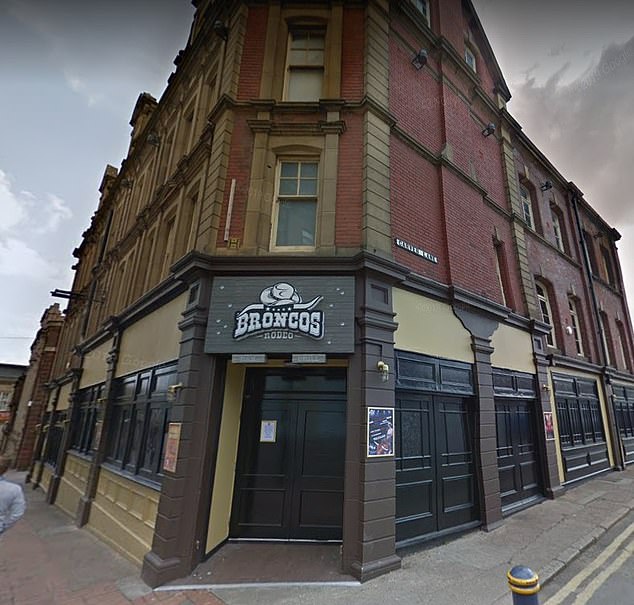 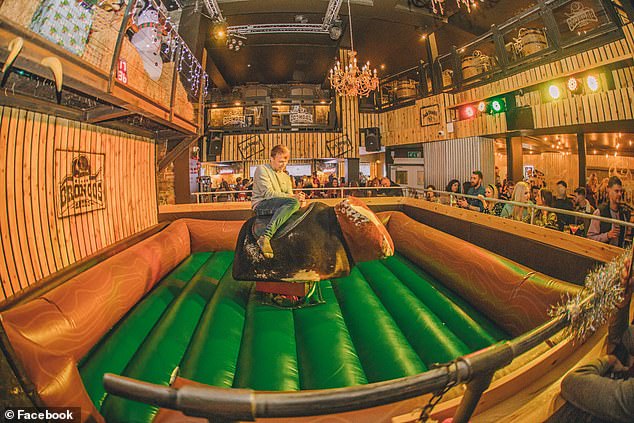 Joan continued: ‘People are still talking about it now, about how many people were walking to church – I think there were about 500 people, we couldn’t get them all into the church.

‘Afterwards, at the local pub, the queue was right up the road to get served for food and drink.’

Jessica’s family are now raising money for lifesaving defibrillator equipment in her memory, as this device could have saved the 26-year-old’s life had one been used sooner.

Joan said: ‘I went down to Rotherham United and the ambulance service were showing me how to use the defibrillator and, knowing that they were trying to do that with Jessica, it caught my imagination.

‘I thought ”what a brilliant idea”, because we haven’t really got any locally.

‘It’s important, it’s a matter of life and death sometimes, it can save somebody’s life.’ 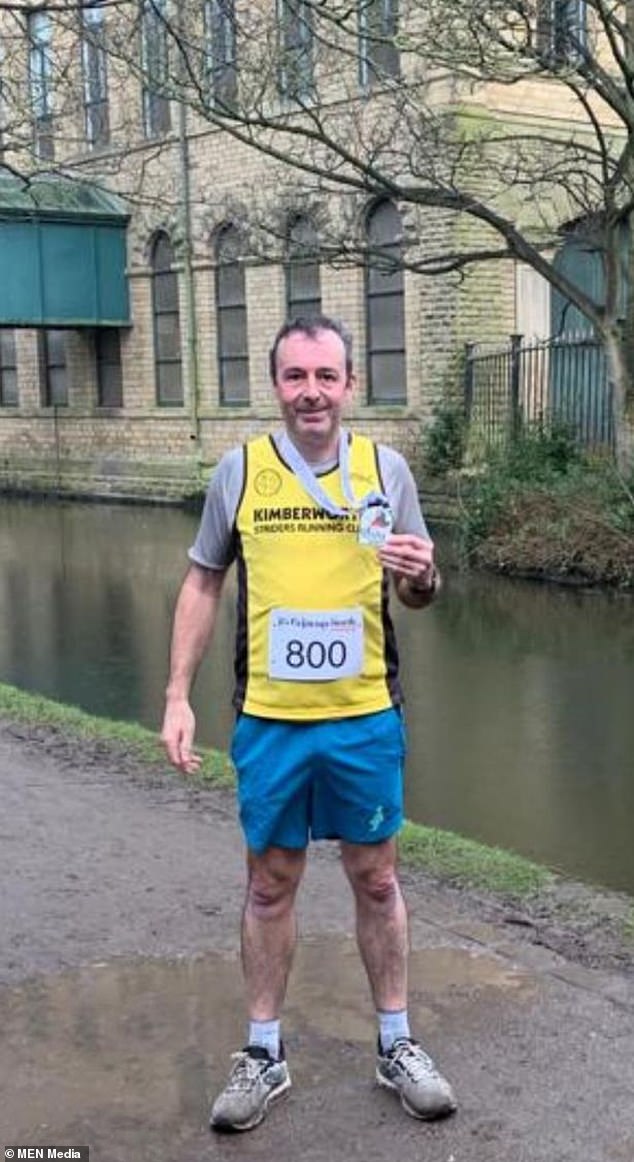 Jessica’s cousin Michael Noone, 47, plans to run 26 half-marathons in 12 weeks in an effort to raise money for the family’s fundraising campaign

The family have raised more than £10,000 so far and Jessica’s cousin, Michael Noone, 47, also plans to run 26 half-marathons in 12 weeks – so one half marathon for every year of Jessica’s life – in an effort to raise more money.

Firefighter Michael said it was vital to have defibrillators on hand so that, if someone went into cardiac arrest, they stood a better chance of surviving.

He said: ‘They eventually did get a defibrillator to help Jessica but there wasn’t one in the premises.

‘I do believe there was a nurse in the bar she was in, so immediately she started to help her and they did eventually get a defibrillator but, unfortunately, she passed away that night.

‘So it’s been awful really. It was just sudden.’

A spokesperson for Bronco’s Rodeo Bar in Sheffield said: ‘In October there was an incident involving a young lady in our venue who after receiving medical help, sadly passed away.

‘She passed all of our safety checks before mounting the bull. She then very quickly after the ride started appeared to have lost consciousness sliding off under her own body weight.

‘The bull was going for a matter of seconds while it was moving on the slowest speed. This speed is mainly used for photos and isn’t fast enough for people to fall off normally.

‘The venue decided to close the following week allowing our staff to recover from the shock and allowing police and the council do their investigation. The council’s investigation shows that the cause of death was not related to the bull and unfortunately we haven’t been given the official cause of death yet.

‘Here at Broncos we pride ourselves in customer safety and work hard to try and give our customers an enjoyable time. This incident was tragic for all involved and our thoughts are with the family.’

Cardano Breaks Out of Consolidation! Will ADA Price Replicate Previous Rally to Smash $3? 2021

Prince Harry and Meghan Markle have reportedly hired Michael Jackson's former bodyguard as the head of their security team as the Duke of Sussex was pictured with his...

Cardano Breaks Out of Consolidation! Will ADA Price Replicate Previous Rally to Smash $3? 2021