Trinity Rodman, the daughter of former NBA basketball star Dennis, has been called up to Team USA’s women’s soccer team for the first time.

The 19-year-old, who currently plays for Washington Spirit in the American women’s top-flight, is part of Vlatko Andonovski’s squad for a training camp taking place in Texas this month, consisting of 25 players.

Rodman is highly-rated in the US women’s soccer scene but head coach Andonovski has called for patience in developing the attacking talent. 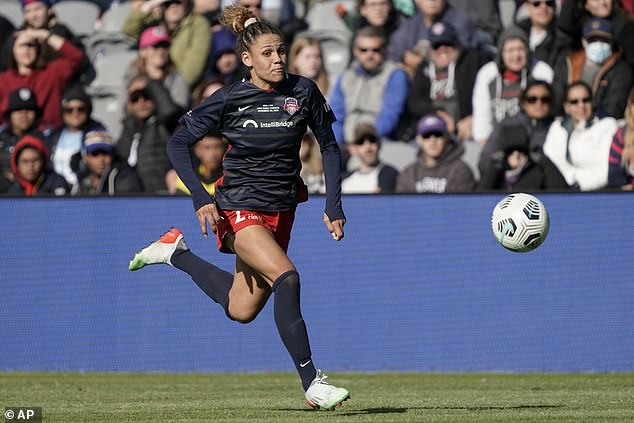 Trinity Rodman, daughter of NBA legend Dennis, has been called up to Team USA’s soccer side 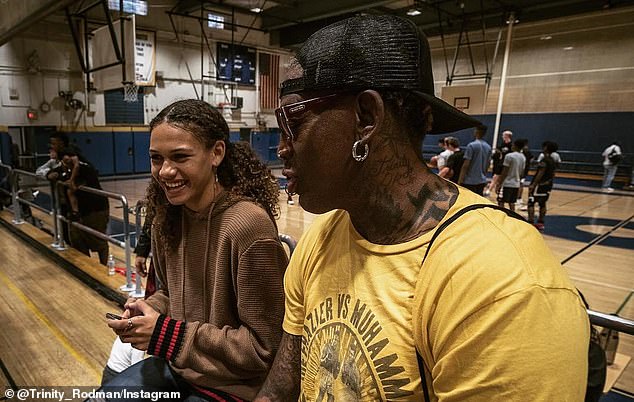 The 19-year-old (left) is now in the world of soccer, following her sporting father Dennis (right)

Speaking about Rodman, Andonovski said: ‘She was one of the most exciting players in the league this past season, and she proved that she can be impactful at the professional level in (National Women’s Soccer League).

‘She is still a young player, but we do want to expose her to the environment where she can get her feet wet a little bit.

‘And hopefully she can continue growing and show what she was able to do in the league she can do at the international level. We don’t want to rush anything. We’ve got to be patient.’

Rodman played 29 times for Spirit in the 2021 season, scoring eight times in all competitions to continue her rise in the women’s game. 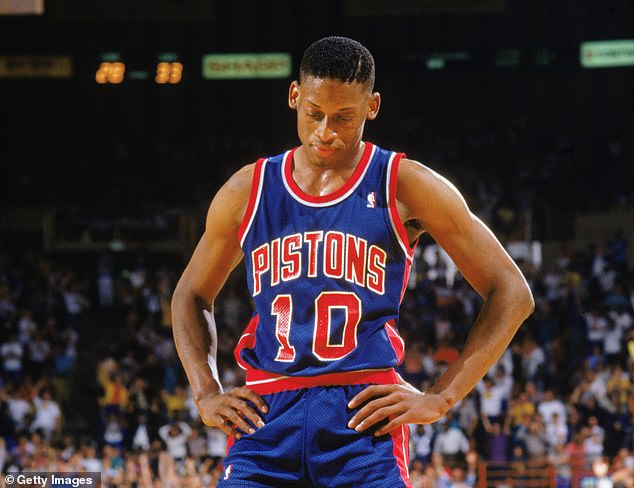 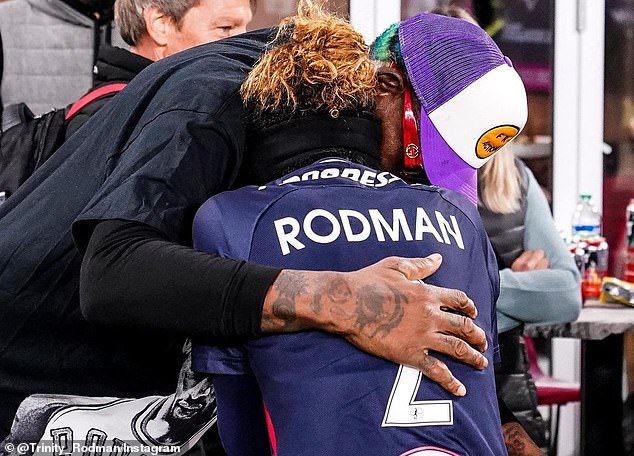 She is looking to follow in the footsteps of her five-time NBA champion father Dennis, who played for several teams across his career including the LA Lakers, Chicago Bulls and San Antonio Spurs.

Dennis was named NBA Defensive Player of the Year on two occasions but his daughter is anything but that in the world of soccer, with the attacker became the youngest player to be drafted in America’s top-flight earlier this year.

Trinity’s brother DJ is also in the world of sport, with the 20-year-old turning out for college basketball side Washington State.

The soccer prodigy will be part of Team USA’s training camp squad, which will take place between January 19 and 28 in Texas.

Venezuela comes out of hyperinflation, but people’s pockets do not feel change

Anything the Los Angeles Lakers touch during free agency risks becoming the soap opera of the summer. But if there is a player who has starred in the...

Joel Embiid pay the fine imposed on a rival Jos Alvarado, with whom he had a brush in the recent match between the Sixers and the Pelicans. Midway...

The definitive video game for basketball fans from Spain, Europe and the world has returned. Become the coach of your favorite basketball team and take it to the...

Kansas teen’s death has spotlight on ‘stand your ground’ law

Ubisoft to offer in-game NFTs through the Tezos blockchain 2021