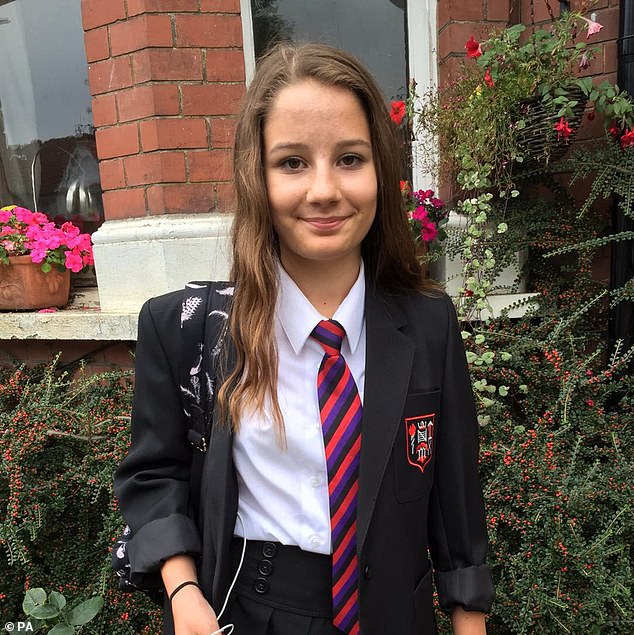 By Claire Ellicot For The Mail On Sunday

The encouragement of self-harm is to be made a criminal offence following a campaign by the heartbroken family of Molly Russell.

The move will require social media companies to remove any online content that tries to provoke people to hurt themselves, and any person found to have inspired self-harm in online messages or videos will face prosecution.

Digital Secretary Michelle Donelan will introduce the measure as part of changes to the Online Safety Bill, which will return to Parliament next month.

While encouraging suicide online is already illegal, there is no sanction for those who urge vulnerable young people to harm themselves.

Molly Russell, 14, was found dead in her bedroom in November 2017 after viewing suicide and self-harm content online.

Coroner Andrew Walker concluded she died from an act of self-harm while suffering depression and the negative effects of online content.

He said the images she viewed ‘shouldn’t have been available for a child to see’ and he wrote to social media firms and Ministers urging them to take action.

Last night, Molly’s family said the development was ‘significant’ but called for more clarity as to what would be criminalised.

A spokesman for the Molly Rose Foundation – a charity set up in the schoolgirl’s memory to prevent suicide in young people – questioned whether the move would address some of the most harmful material online.

He said: ‘From the evidence submitted to Molly’s inquest, the ‘harmful but legal’ content probably did the most damage to Molly’s mental health.

‘Would this new offence prevent posts such as, ‘Who would love a suicidal girl?’ or would these continue to be spread by the social media tech platforms?

‘It’s therefore important that other ‘harmful but legal’ content is also within scope of the Bill.’

Ms Donelan said last night: ‘I am determined that the abhorrent trolls encouraging the young and vulnerable to self-harm are brought to justice.

‘So I am strengthening our online safety laws to make sure these vile acts are stamped out and the perpetrators face jail time.

‘Social media firms can no longer remain silent bystanders either, and they’ll face fines for allowing this abusive and destructive behaviour to continue on their platforms.’

When life is difficult, Samaritans are here – day or night, 365 days a year. You can call them for free on 116 123, email them at jo@samaritans.org, or visit www.samaritans.org to find your nearest branch.

“Evil is human in nature, we will never be able to free ourselves”: Mircea Cărtărescu