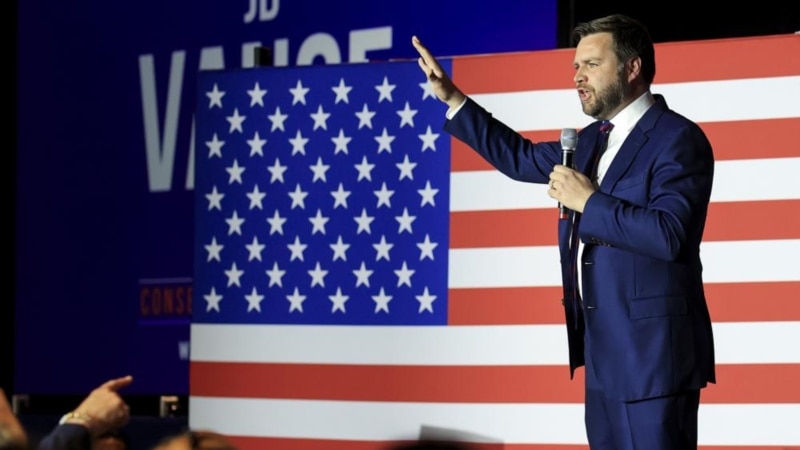 the author of “Hillbilly Elegy”JD Vance won the contentious and hyper-competitive Republican Senate primary in Ohio on Tuesday, buoyed by endorsement from Donald Trump in a race that was an early test of the former president’s control over his party as the US election season gets under way. half term starts.

“Hillbilly Elegy”, a rural elegy, is a story about a social class in decline, white workers in the United States. Hillbillies, a pejorative term that refers to the inhabitants of the Appalachian Mountains, are part of this increasingly impoverished and radicalized social group in the country.

Vance, once a staunch Trump critic whose 2016 memoir of his childhood in Appalachia rose to fame, spent much of the campaign trailing in the polls. But a last-minute endorsement from Trump pushed him into the front runner and the two men downplayed Vance’s scathing criticism of the former president, with Vance saying he was wrong.

Accepting the GOP nomination, Vance struck a unifying tone, congratulating his rivals, including silencing boos from his most bitter opponent, former state treasurer Josh Mandel, and vowing to appeal to the state’s many moderates before November after a campaign exceptionally bitter that, at one point, saw two candidates almost come to blows on a debate stage

“I think this campaign was a referendum on what kind of Republican Party we want and what kind of country we want,” Vance told the crowd.

He now faces Democrat Tim Ryan in the November election to fill the seat vacated by retired Republican Sen. Rob Portman. The 10-term Democratic congressman, who handily won his three-way primary on Tuesday night, will likely have an uphill climb in a state Trump has won twice by an 8-point margin. In a possible warning sign for Ryan, roughly twice as many Republicans turned out in the primary as Democrats.

In the adjoining state of Indiana, sitting Republicans in the state House of Representatives turned down primary hopefuls who wanted to push the Legislature further to the right. Among the roughly two dozen so-called freedom candidates in the Republican midterm elections, one defeated a 10-term incumbent in northern Indiana, while a movement leader lost his primary race.

Tuesday’s election marked the start of a more competitive phase of the midterm primary season, with closely watched elections in Pennsylvania, North Carolina and Georgia scheduled for later this month. In November, control of the United States Congress, governors’ mansions and key electoral posts are at stake.

Taliban Orders Afghan Women To Cover Up Head To Toe