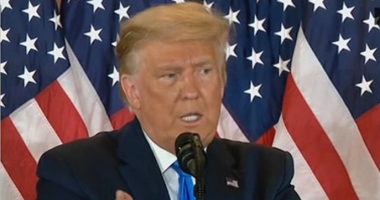 US President Donald Trump awarded a number of his senior advisers with National Security Medals to reward them for their role in helping to conclude agreements aimed at normalizing relations between Israel and four Arab countries..

“Thanks to the efforts of these individuals, the region will never be what it used to be, as it finally transcends past conflicts,” the White House said in a statement“.

Over the past four months, Israel has concluded agreements with the UAE, Bahrain, Sudan and Morocco within the framework of what the United States describes as “the Abraham Agreements.”“.

Senior US officials hope to conclude another deal before Trump’s term ends on January 20.

Northern Beaches resident cops $1,000 fine for breaching lockdown and travelling down the coast

Northern Beaches resident cops $1,000 fine for breaching lockdown and travelling down the coast