Allen H. Weisselberg, the Trump Organization’s longtime CFO, said he leaves the ‘legal side’ of the business’ money matters to others, it has been reported.

Weisselberg spoke candidly about his role in the Trump Organization during a June 2015 deposition tied to lawsuits over Trump University, the New York Daily News reported on Saturday.

The outlet obtained deposition documents that appear to show that Weisselberg brushed aside the interest or knowledge of the legalities of the company’s operations.

‘That’s not my thing,’ Weisselberg said during the 2015 deposition, according to the New York Daily News.

Bank records for Weisselberg were subpoenaed last month, people familiar with the matter revealed in a report as questions emerged over gifts he received from the former president.

Weisselberg’s former daughter-in-law Jennifer said earlier in March that he will ‘turn on’ Donald Trump and revealed she has given documents to prosecutors investigating the former president. 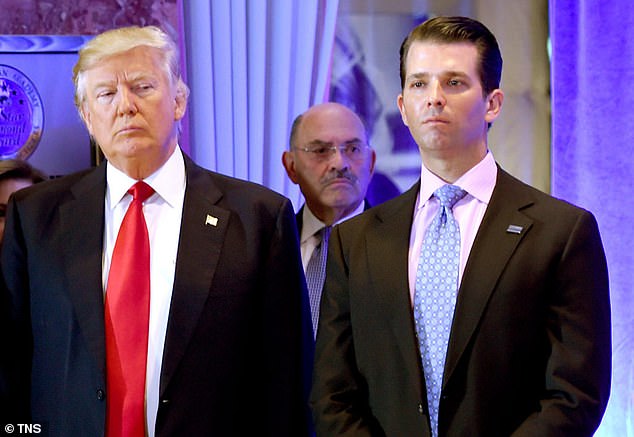 It is not clear if Weisselberg will cooperate with the investigation, but the subpoena is a sign of a pressure campaign for him to do so

In the newly revealed depositions, Weisselberg acknowledged that he eavesdropped on a discussion between Trump lawyers about the legalities of branding the now-defunct Trump University as a university.

Trump University was a real estate training program that ran from 2005 until 2010, and was not an accredited college or university.

Weisselberg admitted in the deposition that he didn’t look further into the discussion and the legalities.

The money man admitted during the deposition to asking other executives in a 2005 email if the Trump Organization planned to ‘just set up a fictitious office in Illinois/Delaware’ as they dealt with alleged illegality of marketing it as a university.

However, Weisselberg claimed in the deposition that his email was specifically focused on costs.

‘I can’t help them with that role. That’s not my thing,’ he testified. ‘I was only concerned about the economic side of it. They were handling the legal side of it.’

While distancing himself from the legalities of the company’s operations, Weisselberg appeared to establish and defend his role as the chief of the Trump Organization’s finances and a ‘stickler’ for details.

‘Throughout all of our entities, people do know it’s important to involve me when it comes to financial matters because later on if things don’t prove out to be where they should be, they’ll have to deal with me on answering the question as to why,’ he testified.

He added: ‘Am I his eyes and ears for his investments? From an economic standpoint.’

It’s unclear if Weisselberg, who has not been accused of wrongdoing, will cooperate with the investigation.

People familiar with the situation told the Times that prosecutors working for Manhattan District Attorney Cyrus R. Vance Jr. have also subpoenaed records from several banks where Trump or his company hold accounts – including JPMorgan Chase and Capital One.

They are also separately seeking a new round of general ledgers and other internal documents from the Trump Organization.

Jennifer Weisselberg, who was married to Allen’s son Barry from 2004 to 2018, told CNN host Chris Cuomo that her former father-in-law will flip on Trump to protect his own kids from liability.

Both of Allen’s sons were personally involved with the Trump Organization, including Barry – who has managed an ice skating rink in Central Park on behalf of the company for years. 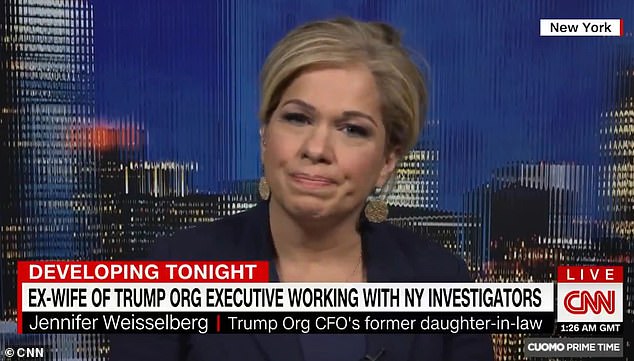 Jennifer Weisselberg, who was married to the CFO’s son Barry from 2004 to 2018, said she thinks Allen will turn on Donald Trump to protect his own kids from liability 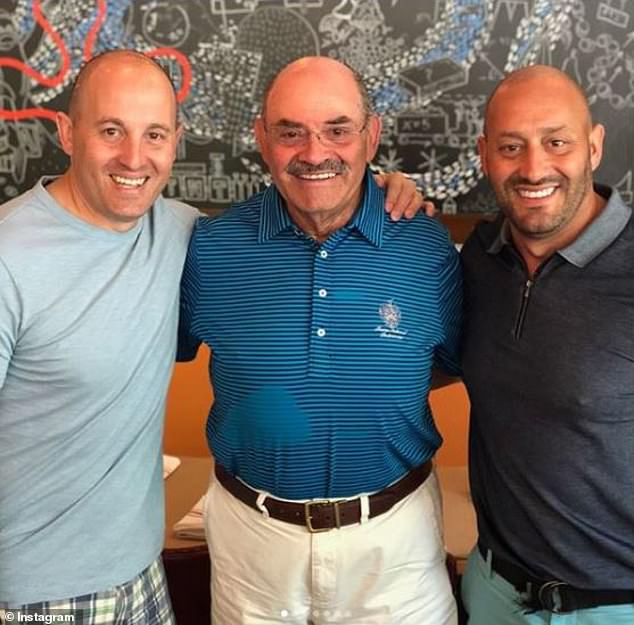 Jennifer told Cuomo that ‘it’s the only way’ forward for Allen as Manhattan District Attorney Cyrus Vance pursues him and Trump.

‘I think that it’s important for accountability for anyone, and for all of them. I believe that the investigations are serious and going well, and have begun to go way more rapidly,’ she said.

She added: ‘I hope that justice will be served.’

In the interview, Jennifer addressed reports that investigators were seeking information about a Trump-owned apartment she lived in with her ex-husband for years.

Jennifer has said that the Central Park South apartment was presented as a gift to her and her ex-husband by Trump after their wedding and that neither of them owned the apartment or paid rent, CBS News reported.

The couple did pay about $400 per month for utilities, and city records show Trump sold the apartment for $2.85 million in 2014.

Jennifer reiterated to Cuomo that luxe ‘corporate apartment’ was provided by Trump Organization.

‘In that sense, it’s difficult to leave,’ she said told Cuomo about the perks.

Jennifer said that the investigation is ‘not a witch hunt’ and is based on real numbers.

She told Cuomo that she has provided ‘personal documents’ to prosecutors from her divorce proceedings, for instance, that could detail Trump financial decisions.

Jennifer said it was ‘too sensitive’ to disclose what was in the documents in any more detail.

After speaking with Jennifer, Cuomo interviewed Tristan Snell, a former New York assistant attorney general who explained the role Allen might play in the probe.

‘Jennifer Weisselberg said it very well when she referred to the Trump Organization as a mom-and-pop organization,’ Snell said.

He continued: ‘It was a very small operation and still is to this day. These things are run with a very small group of people who had minute control over every single thing.’

‘A lot of it comes down to the financial records and Allen Weisselberg as very much personally the keeper of those records. It’s not just that he ran a department, he personally was actually looking at every single penny that went in and out of that company,’ Snell said.

Federal prosecutors in Manhattan previously struck an immunity deal with Allen Weisselberg in 2018 for his testimony about former Trump attorney Michael Cohen, who himself has flipped on the former president, The New York Times reported.

Jennifer also claimed in March that Trump hit on her at a shivah and showed naked pictures of women to mourners, The New Yorker revealed.

She claimed her uncomfortable run-in with Trump happened while mourning Allen’s mother in the late 1990s, early 2000s at a shivah – the Jewish mourning period after a funeral.

She did not give a date for when she met Trump but said it was before her wedding and was at Weisselberg’s former home in Wantagh, on Long Island. Property records show he owned the property until 2001. 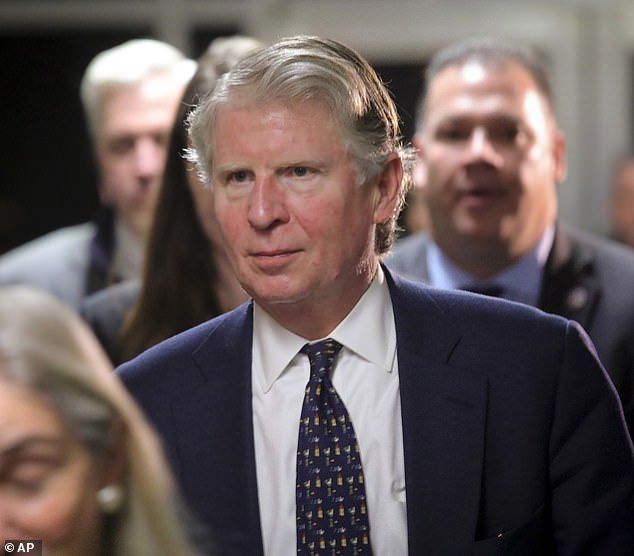 According to her, Trump got out of his car when he arrived at the property and said: ‘This is where my C.F.O. lives? It’s embarrassing!’

Once inside, she claims he showed around photos of naked women with him on a yacht, then started hitting on her.

‘After that, he starts hitting on me.’

She sad she was irate that Allen did not ‘stand up’ for her.

Allen’s lawyer did not comment on the alleged incident.

He started working for The Trump Organization in the early 1970s and, according to his ex-daughter-in-law, he only ever sought approval from his boss.

‘His whole worth is ‘Does Donald like me today?’