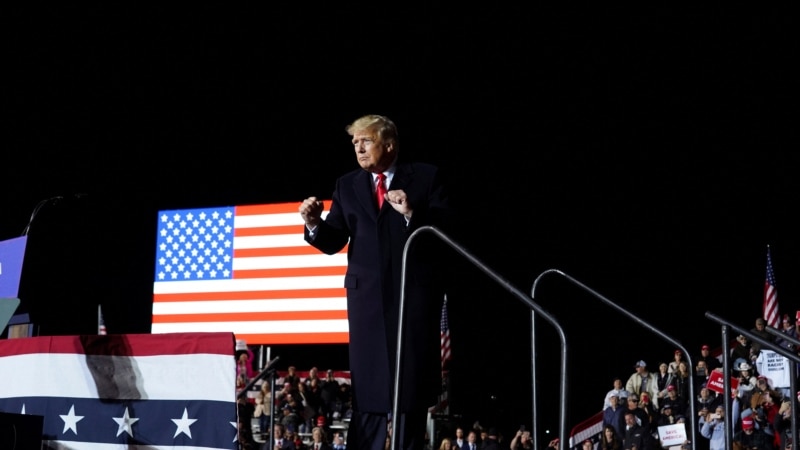 Former U.S. President Donald Trump raised the possibility of pardoning those involved in the violent assault on the U.S. Capitol if he wins back the presidency.

“If I run and win, we will treat those Jan. 6 people fairly,” Trump declared Saturday night at an event in Conroe, Texas. “And if pardons are required, I will give them pardons because they are being treated unfairly.”

It was Trump’s latest attempt to downplay the worst attack on the U.S. government since the War of 1812.

On that day, January 6, 2021, supporters of the then-president smashed windows, attacked police officers, and forced lawmakers and their aides to flee. The insurrectionists were trying to prevent the certification of Joe Biden’s victory in the elections.

More than 700 people have been arrested and criminally charged in connection with the riot, the largest investigation ever undertaken by the Justice Department. Among them are more than 150 charged with assaulting police officers, more than 50 charged with conspiracy and sedition charges against the founding leader of the ultra-right-wing Oath Keepers militia and 10 other members or associates.

More than 100 policemen were injured, some seriously.

The event was sparked after Trump held a rally nearby, falsely claiming voter fraud.

Some Republicans criticized Trump for offering the pardons.

Sen. Susan Collins of Maine said it is “highly unlikely” that she would support an eventual Trump candidacy in 2024. “Jan. 6 was a dark day in our history,” Collins told ABC’s “This Week.” “We should let the judicial process take its course,” she added.

Another Republican senator, Lindsey Graham of South Carolina, also rejected Trump’s comments, saying it is inappropriate to imply that it is acceptable to attack Capitol Hill.

In reference to the attackers, “I hope they go to jail, that they get the full weight of the law, because they deserve it,” Graham said on CBS’s “Face the Nation.”

Trump, who was impeached for his role in the insurrection – and who was exonerated by the Senate – has been mentioning the possibility of running again in the 2024 election.

Houston, we have a problem

Houston, we have a problem