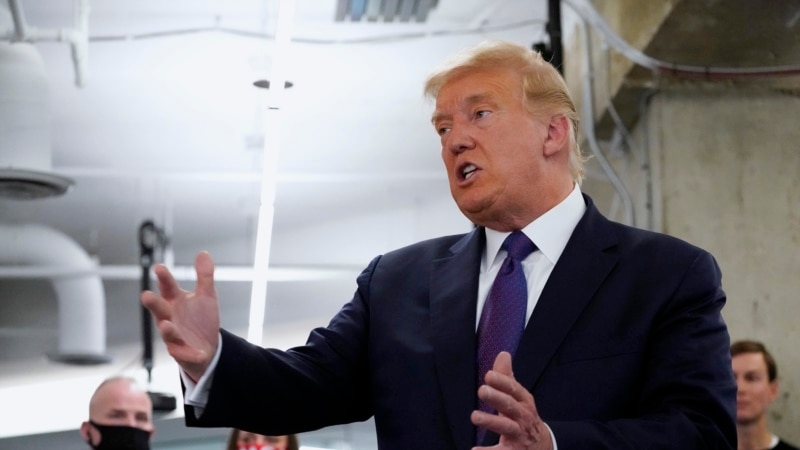 The House of Representatives commission investigating the insurrection in the federal Capitol said Wednesday that its evidence shows that former President Donald Trump and his associates were involved in a “criminal conspiracy” to prevent Congress from certifying the results of the presidential elections. , spread false information about it and pressured state officials to revoke the outcome.

The commission made the claims in a court document it filed in response to a lawsuit brought by Trump adviser John Eastman.

Eastman, a lawyer who consulted with the president as he tried to overturn the election, is trying to withhold documents from the commission’s hands as it investigates the Jan. 6, 2021, insurrection. The panel argued there is a legal exception that allows the disclosure of documents related to current or future crimes.

“The Select Commission also has a good faith basis to conclude that the president and members of his campaign team participated in a criminal conspiracy to defraud the United States,” the panel wrote in its document filed with the Federal Court in the Central District. Of California.

The 221-page document is the commission’s most formal attempt to link the former president to a federal crime, though the document’s current significance is unclear as lawmakers lack the ability to bring charges and can only refer corresponding to the Department of Justice. The department has been investigating last year’s assault but has given no indication that it is considering charges against Trump.

“The evidence supports an interference in which President Trump and members of his campaign knew that he had not obtained enough legitimate state electoral votes to be declared the winner of the 2020 presidential election during the Joint Session of Congress on 6 January, however, the president tried to use the vice president to manipulate the results in his favor,” according to the court document.

The document filed Wednesday is an attempt by the commission to refute claims Eastman made when he invoked attorney-client privilege to prevent congressional investigators from accessing the files.

“The Select Commission does not conduct a criminal investigation,” Mississippi Democratic Rep. Bennie Thompson, chairman of the commission, said in a statement. “But as the judge emphasized at a previous hearing, the privilege Dr. Eastman invokes raises the question of whether the felony-fraud waiver of attorney-client privilege applies in this situation.”

The commission said it found evidence that Trump attempted to obstruct an official proceeding — in this case the certification of election results — when he tried to get Pence to delay the proceedings to buy additional time to “manipulate” the results.

In an email exchange on January 6, 2021, between Eastman and Jacob, the former proposes that Pence intervene in his protocol role of overseeing the certification of electoral votes.

The Minister of Foreign Affairs of Qatar and his Ukrainian counterpart discuss, in a phone call, ensuring the safety of civilians and avoiding the aggravation of the humanitarian crisis | Politics news

The Minister of Foreign Affairs of Qatar and his Ukrainian counterpart discuss, in a phone call, ensuring the safety of civilians and avoiding the aggravation of the humanitarian crisis | Politics news