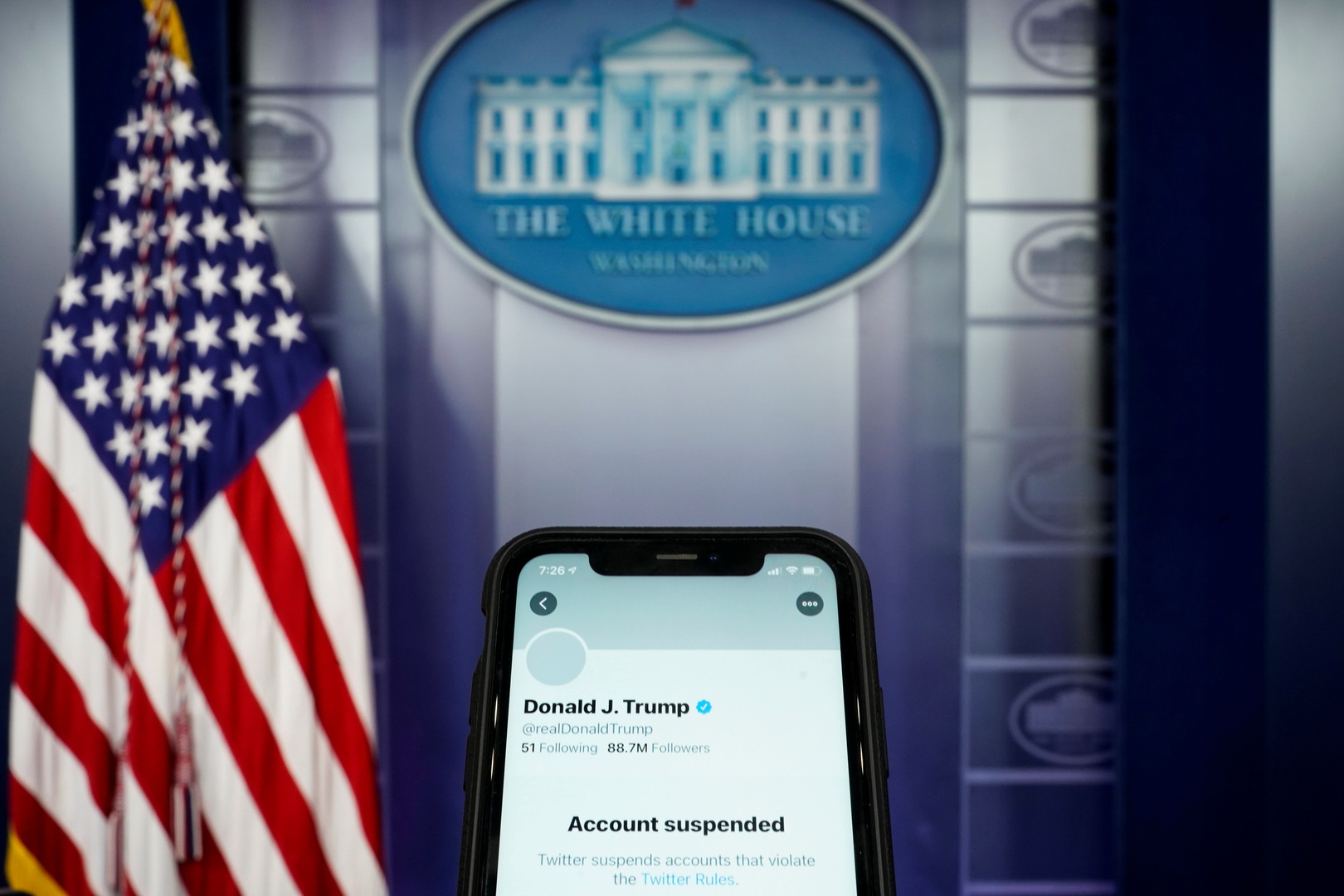 US President Donald Trump commented on permanently freezing his Twitter account, and stressed that this measure would not make him silent.

“You cannot force us to be silent!” Trump said in a statement published by the White House that appeared on Twitter before it was immediately deleted by Twitter.

“I expected this to happen. We are in talks with several other sites and soon we will have a big announcement. We are also studying the possibility of establishing our own platform in the near future,” Trump added in the statement.

And Trump continued: “Twitter goes further to prohibit freedom of expression, and today Twitter workers are coordinating with Democrats and radical leftists to remove my account from the platform to silence me.”

The outgoing US president said, “Twitter has nothing to do with freedom of expression. They are only promoting a radical left platform that allows one of the world’s most evil people to speak freely.”