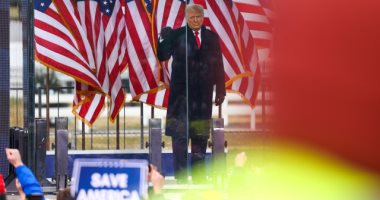 US President Donald Trump said he would consider building his own platform after Twitter shut down his account permanently on Friday for fear of further incitement to violence after hundreds of his supporters stormed Congress on Wednesday.

A Japanese company reveals a new system to recognize people despite face masks!