Tsunami warning for parts of Australia after two huge earthquakes

‘Get to higher ground’: Tsunami warning is issued for parts of Australia after TWO huge earthquakes – one measuring 7.6 – hit the Pacific Ocean

Australians are bracing for a possible tsunami after two huge earthquakes struck of the coast of Pacific islands.

Quakes hit near the Southeast Loyalty Islands in New Caledonia, an island chain about 1,800km from the Australian mainland.

The first, registering 5.6 magnitude, hit at 11.32pm AEDT on Wednesday and was followed about an hour later by an even stronger 7.6 magnitude earthquake. 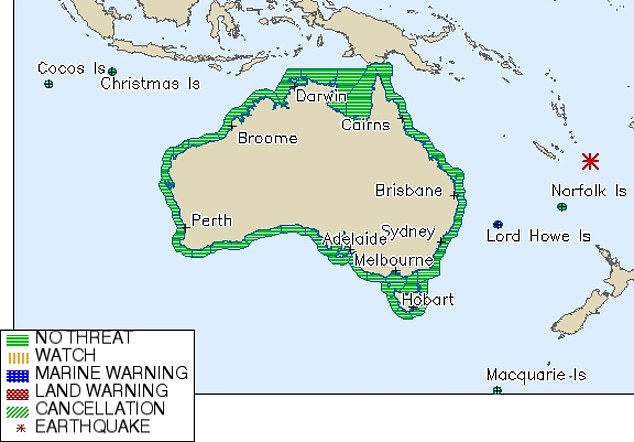 Quakes hit near the Southeast Loyalty Islands in New Caledonia, an island chain about 1,800km from the Australian mainland and a warning was issued for Lord Howe Island

The Joint Australian Tsunami Warning Centre issued a tsunami warning for Lord Howe Island about 2am on Thursday.

‘Sea level observations have confirmed a tsunami has been generated,’ it said.

‘People in areas with threat of land inundation and flooding are strongly advised by emergency authorities to go to higher ground or at least 1km inland.

‘In areas with a threat to the marine environment only, emergency authorities advise people to get out of the water and move away from the immediate water’s edge of harbours, coastal estuaries, rock platforms, and beaches.’

Lord Howe Island is an autonomous region of NSW home to 382 people. The warning does not yet apply to mainland Australia. 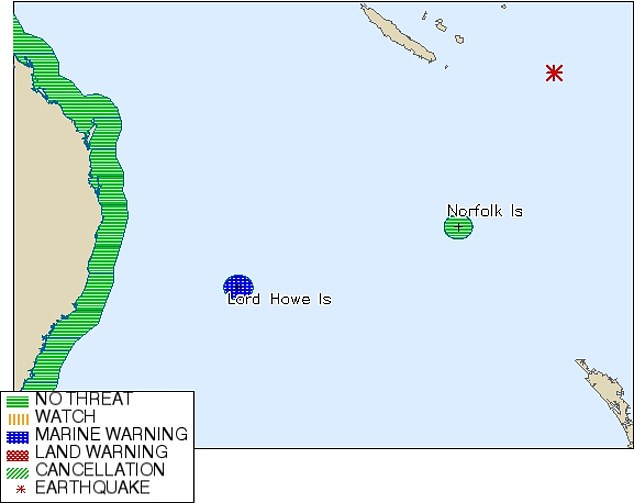