Tucker Carlson: The most sophisticated military in the world has no idea what UFOs are 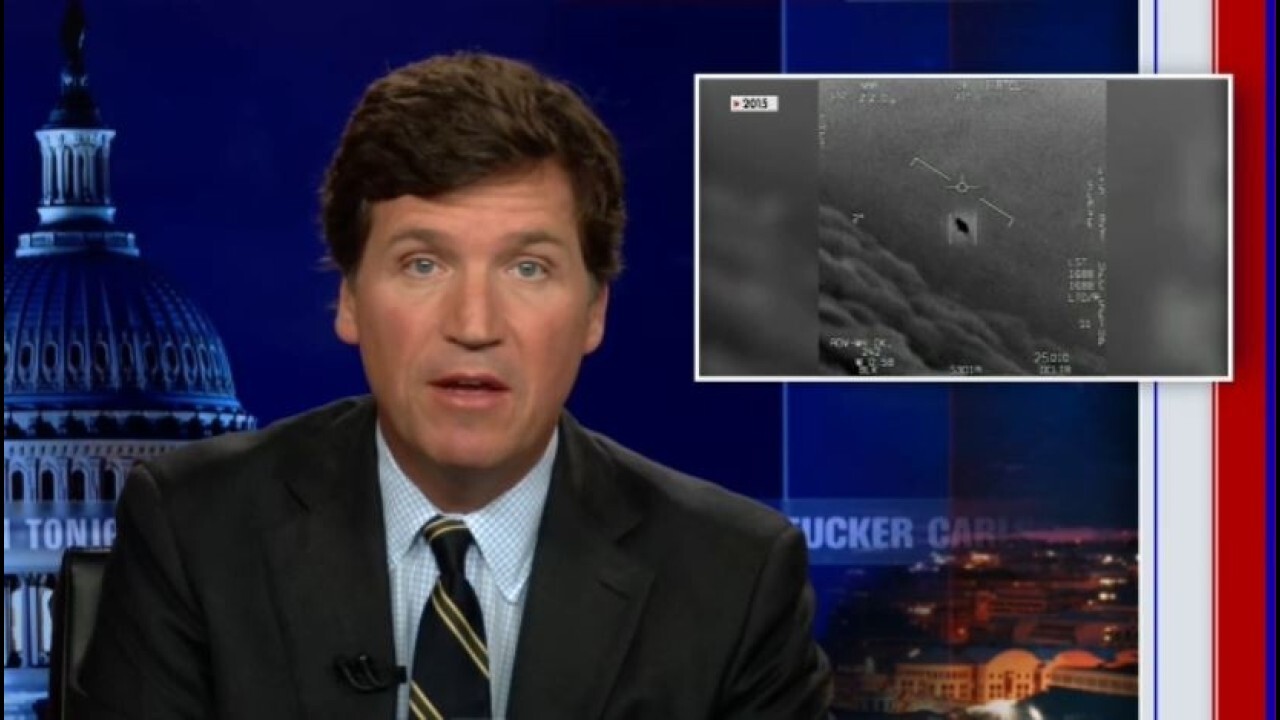 Human beings have been wondering about unexplained lights in the night sky since the first neanderthal cooked an ocelot over a campfire and looked up. But in our age—the modern age—fascination with ufos began in the summer of 1947 when a man called Mac Brazel found something very weird on his ranch in Corona, New Mexico, about 85 miles northwest of Roswell.

Suspecting it might be debris from outer space, Brazel dutifully brought the pieces to a nearby military base. The next day, the base issued a press release confirming that the material was in fact from a “flying disc,” a flying saucer. News agencies around the world announced the shocking find—flying saucers!

Then, within hours, the U.S. military changed its assessment. Brigadier General Roger Ramey,  commander of the Eighth Air Force, announced that in fact, the debris from outside Roswell was nothing more than a weather balloon. Not a big deal. Nothing extraordinary. Certainly nothing extraterrestrial. Was General Ramey telling the truth about that? He may well have been. It may have been a weather balloon. But that wasn’t the end of the story.

Over the past 75 years, the US military has gathered evidence on a remarkable number of puzzling aerial phenomena, most of which were definitely not weather balloons. Unexplained flying objects have buzzed US Military bases, missile sites, ships, aircraft, and submarines, often at speeds and in directions that seem to defy any known human technology.

The Pentagon has said next to nothing about any of this in public and instead has consistently covered it up. Virtually everything we know about UFOs comes from whistleblowers. By the time this show launched nearly five years ago, it was clear there was definitely something very odd going on in the skies above us.

UFOs were not some crackpot theory, cooked up on late-night radio. They were absolutely real.

The question was, what are they exactly? Over the years, several powerful political figures in Washington, including Senator Harry Reid of Nevada, have pushed the U.S. military to reveal what it knows about UFOs. But in every case, they’ve failed to dislodge that information.

Then, last year, Senator Marco Rubio of Florida inserted a demand for transparency into a federal appropriations bill. By the end of June 2021, the government was required to turn over its full assessment of UFOs. Just a few hours ago, that report finally came out—late on a Friday.

We’ve only seen the public version so far, but here’s what we can tell you: Government investigators seem sincerely baffled by what these things are. Today’s report analyzed 144 separate sightings of UFOs by the US military. But in only one case could the government explain what it was. It was a quote “large, deflating balloon.” The rest of the 143 remain a complete and total mystery. The most sophisticated military in the world has no idea what these things are or even how they move from place to place.

Some of these aircraft, the report says, “appeared to remain stationary in winds aloft, move against the wind, maneuver abruptly, or move at considerable speed, without discernable means of propulsion.”

So we do know that no government in the world possesses anything like this. No technology exists that we know of. The Pentagon seems fairly certain that these aren’t Russian and not Chinese. So what are they?

The report doesn’t say, it notes only the obvious. UFOs, “clearly pose a safety of flight issue and may pose a challenge to U.S. National security.”

This article is adapted from Tucker Carlson’s opening commentary on the June 25, 2021, edition of “Tucker Carlson Tonight.”