Turin vs Juventus.. Clashes between Italian police and Juve Ultras 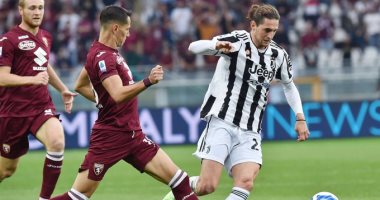 Clashes took place between a number of members of the “Ultras Juventus” group and the Italian police in Turin, before the city derby, which currently brings the two teams together, at the “Olympico di Torino” stadium, as part of the matches of the seventh round of the Italian League, where a fan was arrested.

Ultras Juventus returned to the stands after an absence of more than 500 days due to problems between the Italian team’s association, the club’s management and mutual accusations between them during the previous period.

And according to what was published by the “Football Italia” network, there were strong skirmishes and clashes between the Ultras Juventus group and the police in the vicinity of the Olympic de Torino stadium, due to the Turin police preventing the Juventus fans from communicating with the Turin fans, before the matter developed for the arrest of one of the fans for throwing an electric bike at the police.

Juventus enters the match today, occupying the tenth place in the Italian league table with 8 points, while Turin is in the ninth place with the same points balance, and a goal difference from Juve.

The youngest astronomer in the world .. an 8-year-old Brazilian girl discovers 18 asteroids "Photos"