Turkey accuses Greece of ‘harassing’ vessel in the Aegean Sea 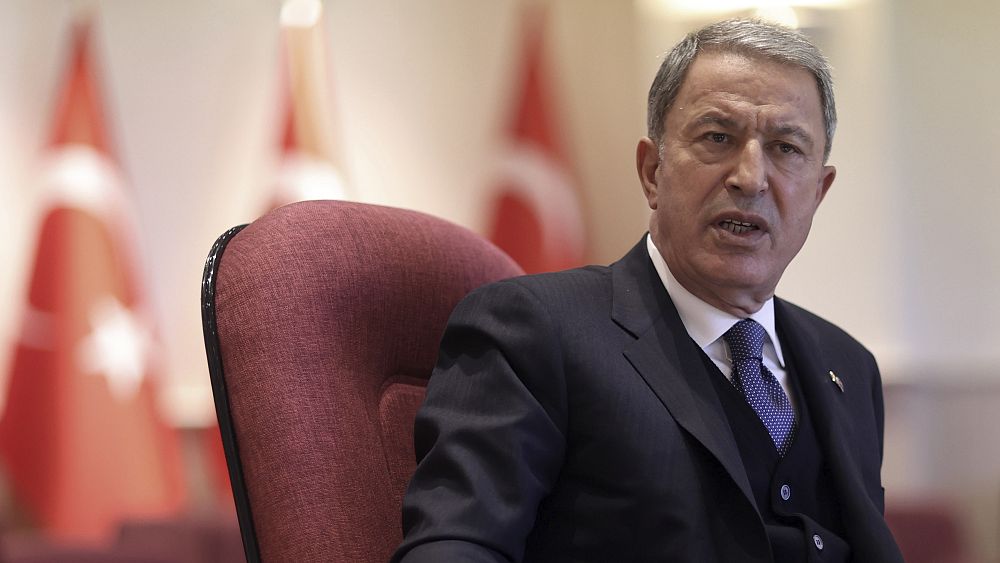 Turkey has accused the Greek military of “harassing” a Turkish research vessel in the Aegean Sea.

The Turkish Ministry of Defence said that four Greek F-16 fighters had flown close to the ship TCG Cesme, which was carrying out “technical and scientific research” in international waters.

One of the fighter jets is alleged to have flown “at an altitude of 1,000 metres” and dropped a flare “two nautical miles” away from the Turkish ship.

The incident occurred near the Greek island of Lemnos, the ministry said in a statement.

“This is unfortunately one of the frequent acts of harassment by our Greek neighbours,” Turkish Defence Minister Hulusi Akar told the press.

Without giving further details, Akar said that Turkey had made an “adequate response” to the action.

“We all believe that such harassment is not appropriate and does not suit good neighborly relations,” he added.

Greece’s Ministry of Defence has denied that any such “harassment” took place, stating that no Greek fighter aircraft approached the Cesme vessel.

Greece’s Air Force was conducting an exercise in the Aegean Sea on Tuesday but the ministry said it had taken “far” from the area in which the Turkish ship was operating.

Turkey and Greece had resumed talks over energy rights in the eastern Mediterranean last month, aimed at resolving long-standing disputes between the two NATO member countries.

Despite warnings from the European Union, Ankara had organised several gas exploration missions in Greek waters, triggering a diplomatic crisis.

Turkey recently dispatched the TCG Cesme in the Aegean sea until March 2 for hydrographic surveying of earthquakes, but Greece has described the mission as a provocative act.

'Remarkable outcome': Big gains are likely for economy this year even as COVID-19 damage lingers

'Remarkable outcome': Big gains are likely for economy this year even as COVID-19 damage lingers