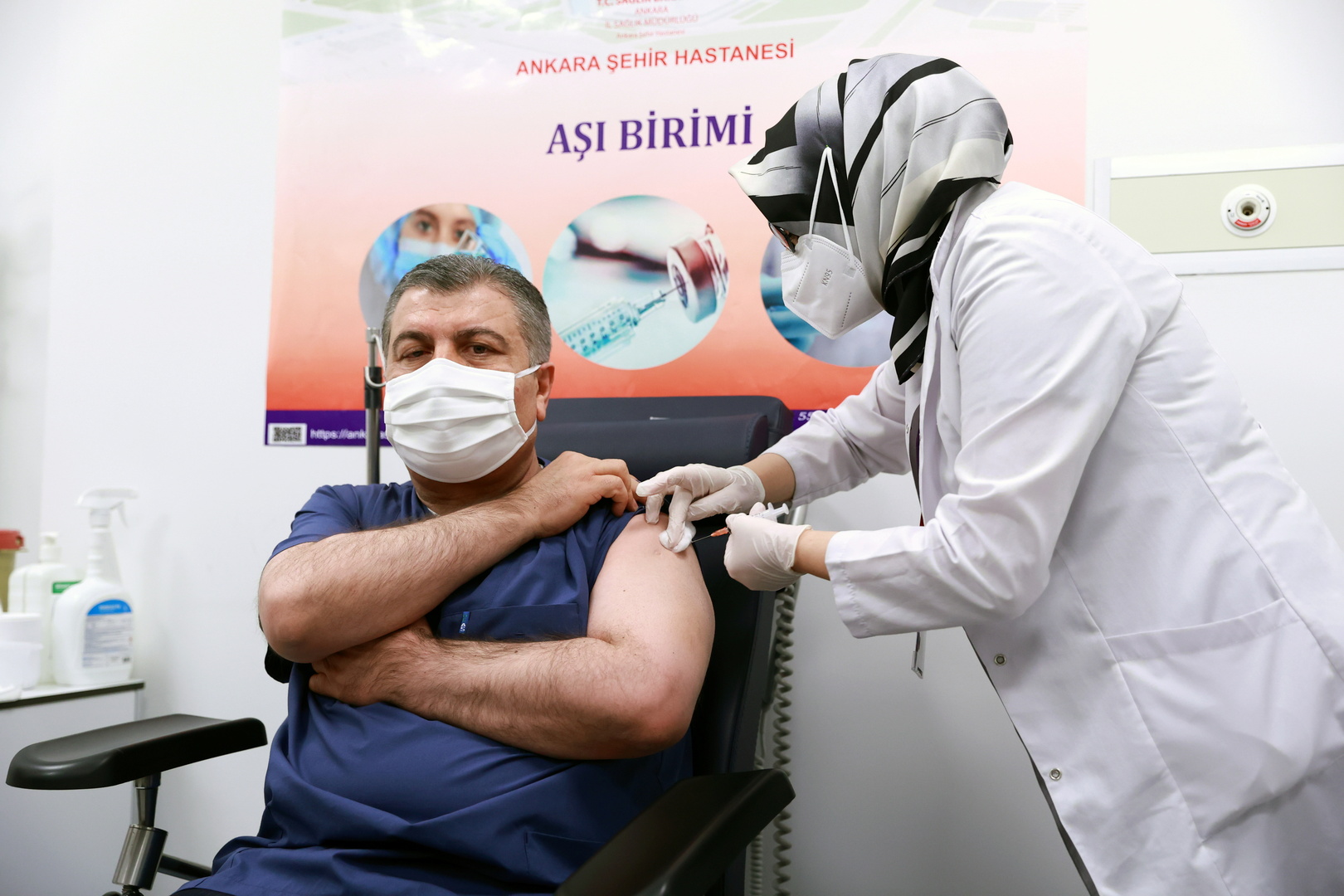 The launch of the Corona vaccination campaign in Ankara

Turkey began today, Tuesday, a campaign to vaccinate the elderly in the country after a first campaign that included vaccinating doctors and all medical workers.

Turkish Health Minister Fakhruddin Kuja said in a tweet on “Twitter” that “Turkey is moving to the second step of the first phase of the vaccination program.”

Koca instructed health administrators across the 81 states to conduct vaccination for elderly people over the age of 90 years in their homes, and to start giving vaccinations to people with needs no later than at the end of the week.

Earlier, Koca said that the number of workers in the health sector who received the first dose of the Corona vaccine reached 830,000 throughout Turkey, noting that “Turkey is among the fastest in the world in conducting the vaccination process with the Corona vaccine.”

The Turkish Ministry of Health had launched a vaccination campaign with the Chinese “Coronavac” vaccine, as part of the national strategy to combat Corona, provided that the health sector workers, who number one million and 100 thousand, will be vaccinated according to the priority order.

Global rollout of 5G networks should be halted until thoroughly tested, expert claims

Where are the most expensive streets in England and Wales?

Bitcoin (BTC) price in the last week of January 2021