Turkey justifies stripping its women in prisons: it is necessary 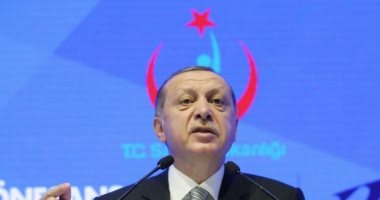 Turkey’s scandal of stripping its women in prisons revealed the contradiction between the government, which claims to be religious, and stripping women off, in addition to some parliamentarians ’denial of the incident, despite assurances from the prison administration.

The Turkish Prisons and Prisons Authority has defended the use of naked searches and what it likes to call close inspection in its prisons, considering that this is a necessary and exceptional practice to prevent smuggling into prisons.

In an official statement, the General Directorate of Prisons said that the careful inspection process is an exceptional practice, and as a precautionary measure accepted by international organizations and implemented by many countries.

She stated that the search is aimed at those who have been convicted or imprisoned on drug and terrorism-related charges and who want to misuse their bodies.

MP Umar Girgirlioglu said that 30 women who were detained by the authorities were subjected to a naked search and humiliation last August, and exposure to and stripping women of their clothes is an ingrained practice in Turkish prisons, and it was before the era of President Recep Tayyip Erdogan, and it continued under his rule, although he claims He is a feminist.

Instead of prosecuting those accused of assaulting women, the Turkish authorities rewarded them and gave them more promotions, and Turkish women gave horrific testimonies about the naked searches that violate the sanctity of their bodies, according to the Turkish newspaper “Ahval”.

Among them is Pergol Kochal, who was subjected to a naked inspection in an Istanbul prison in 2016. “I was arrested for 11 days in custody and transferred to Bakirkoy Prison. After the entry procedures were completed, we were searched naked in a small room. After we were transferred to Silivri Prison, we were searched naked again, as if we were arrested once,” explains Kochal. Other “.

Another woman was subjected to a naked inspection every time she went to visit her husband, who has been imprisoned in southern Turkey for 4 years.

The woman, referred to only as “Asli”, explains that she and her daughter are required to take off their clothes, down to their underwear, every time before their visit.

Inner says there are thousands of women who have been searched naked, something she has personally seen over and over again during the 357 days behind bars.

Elon Musk: Tim Cook refused to meet with me to discuss Apple’s takeover of Tesla

Elon Musk: Tim Cook refused to meet with me to discuss Apple's takeover of Tesla