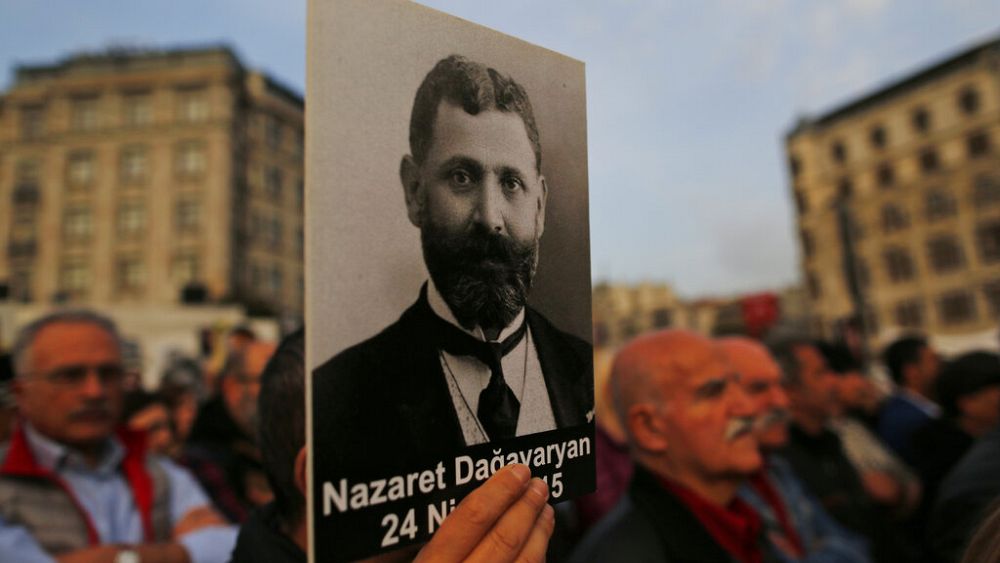 Turkey has strongly denounced a motion by the Dutch parliament on Thursday to formally recognise the 1915 massacre of Armenians as genocide.

An estimated 1.5 million ethnic Armenian citizens were driven from their homes and murdered by the Ottoman Empire between 1915 and 1917 during the First World War. Turkey has always denied that the events constitute genocide.

Earlier this month, MPs called on the Dutch government to formally recognise the mass killings as “genocide” and for the terminology to be used.

In 2018, Dutch lawmakers in the lower house of parliament voted overwhelmingly to acknowledge this act as genocide.

But the decision did not become the country’s official policy and terminology.

The latest vote, approved in the Dutch parliament yesterday (February 25), sought to change this, although the vote is not binding.

But Turkey’s Foreign Ministry, who were also angered by the 2018 vote, has condemned the new decision as “worthless” and “populist”.

“The decision adopted in the Dutch House of Representatives … is a null attempt to rewrite history with political motives,” said ministry spokesperson Hami Aksoy.

“Councils are not venues for history writing and trial,” he added in a statement.

“Rather than looking for what actually happened in 1915, those who agree with this decision seek populist votes [in an election].”

Before Thursday’s vote, Dutch Foreign Minister Stef Blok had advised against recognising the massacre as genocide, arguing the term as “an enormous connotation”.

The Netherlands’ caretaker prime minister, Mark Rutte, has also previously said that the motion will not contribute to reconciliation between Armenia and Turkey.

While Ankara has acknowledged massacres, it has categorically disputed the word “genocide”, saying the death toll has been inflated and that those killed were victims of civil war and famine.

“The Netherlands House of Representatives is detached from reality as it has been frequently in recent years,” said Aksoy.

“Our expectation from the Dutch Government is that it adopts the rule of law.”

Relations between the Netherlands and Turkey were strained following the expulsion of two Turkish ministers from The Hague in 2017.

The Christian Union has been trying to get the Dutch government to acknowledge the massacre of Armenians as genocide since 2004.

“The government still uses the phrase ‘the issue of the Armenian Genocide’ or speaks of ‘the terrible events’,” said Voordewind, “in doing so it evades the truth; that it was a planned and deliberate genocide.”

“Recognising the past is a crucial first step for reconciliation and to prevent repetition.”

In 2018, a member of the Dutch cabinet attended the annual commemoration of the killings in the Armenian capital Yerevan for the first time.

Two years earlier, German MPs overwhelmingly voted to declare the 1915 massacre as a genocide in a historic vote in the Bundestag, which similarly angering Turkey.