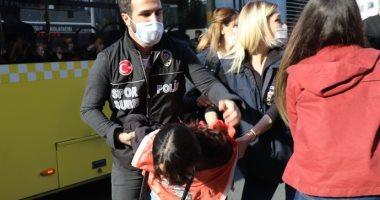 The Turkish Zaman newspaper revealed that a law has been passed granting the Turkish Interior the authority to stop the activities of civil society, in the meantime, the head of the Turkish opposition Al-Khair Party, Miral Aksenar, said that the prices of food products in Turkey continue to rise day after day, and that the rate of inflation in product prices Food reached 24-25%, while the budget of the presidential palace increased to 30 billion liras.

Akşınar explained, in televised statements, that the government announced that the inflation rate in Turkey has reached 14%, while the rate of inflation in food products has risen to 24-25%. She said, “We conduct weekly research on the subject, and when we do shopping every week, we find that Prices have increased from the previous week, and when we did a monthly check, we noticed food price inflation of between 24 and 25 percent. %.

The Iron Woman added: “While we were calculating inflation, we calculated it on the minimum wage, and we found that there are many products that the poor cannot buy, and because the authority does not care about that, we did this calculation, while the budget of the presidential palace increased to 30 billion Turkish liras. This is forbidden, “according to Turkey Now.