Conversation between two men working out in a park is used in a new ad to raise awareness about violence against women – so do you think the one-liner is offensive?

A private conversation between two men at a morning gym session for a TV ad aimed at raising awareness about violence against women has sparked fiery debate.

The ad, created by anti-women’s violence organisation Our Watch, opens with two men getting ready for a boxing session in a park while a group of women work out nearby.

One of the men glances over at the women before saying to his mate: ‘Phwoar. Check it out….makes the 6am alarm worth it, doesn’t it?’ suggesting they’re attractive.

The second man gives his friend a disappointed glare but says nothing. The ad then stops, and the words ‘next time, do something’ pops up on the screen.

The clip then automatically rewinds, and when the mate makes his comments, his friend shakes his head and walks off, making it clear it was inappropriate.

‘When you see women being disrespected, show it’s not okay,’ then appears on the screen. 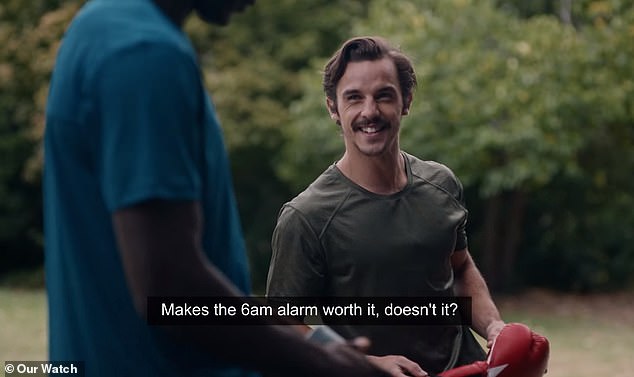 Do you find the man’s comments offensive?

‘Do something, because doing nothing does harm.’

Our Watch say the aim of the ad was to engage men in a conversation about the prevention of violence against women.

‘Men who know sexism and disrespect when they see it, but don’t know how to #DoSomething about it,’ the organisation writes.

‘Our research tells us that those men need a range of actions to choose from – from the less confrontational ‘support women’ or the use of body language to ‘show it’s not ok’, through to directly addressing the disrespectful behaviour by ‘speaking up’ – to help them feel comfortable doing something in any given environment.’

But the ad has proved divisive, with many Australians questioning if the man’s comments were in fact disrespectful.

‘But he still didn’t do anything…’ one social media user commented. 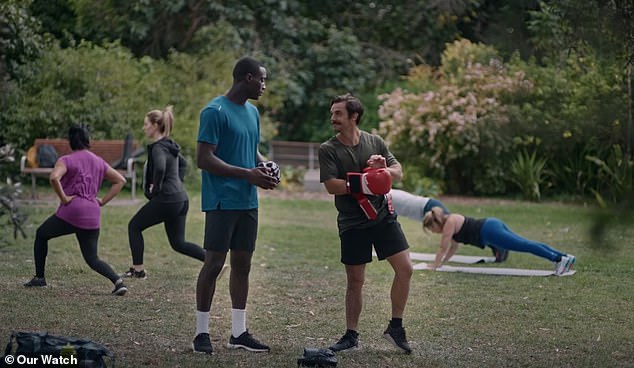 The ad, created by anti-women’s violence organisation Our Watch, opens with two men getting ready to work out in a park, while a pair of women perform lunges nearby 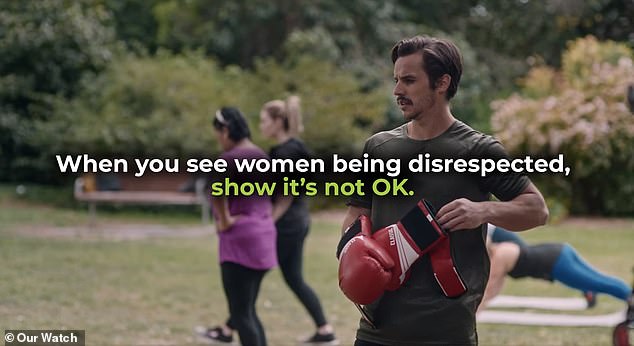 Others praised the video as ‘powerful’ and educational to men.

‘I actually think it was quite powerful. He left the guy feeling rejected. And the reason was clear. If men who are disrespectful are made to feel isolated by other men, they’ll get the message,’ one said.

‘I think this is great. Many men are uncomfortable being verbal at any time let alone when they have to call out misogyny. Educating men that using body language instead of verbalising is a clever tactic,’ said another.

Cashmere sweaters are more than half off right now at Macy's

Pfizer/BioNTech COVID-19 vaccine is effective in more than 90% of cases.

Met will review claims that Ghislaine Maxwell and Epstein trafficked, groomed and abused girls in UK

Rays’ Tyler Glasnow blames injury on MLB’s decision to ban foreign substances: ‘I had to change everything’