By Dr John Lee For The Daily Mail

The Government’s announcement yesterday of twice-weekly testing for everybody in the country who wants it could hardly be more perverse. It flies in the face of both good public health policy and official assurances about the most effective way to combat the virus.

Just as normality appears to beckon, the goalposts have been moved again.

This colossal exercise will cost untold billions and lead to new bouts of fear-mongering and anxiety. It will do nothing for Britain’s already-battered public finances, with national debt and annual deficit already at record peacetime levels because of ministers’ financially cavalier responses to Covid. 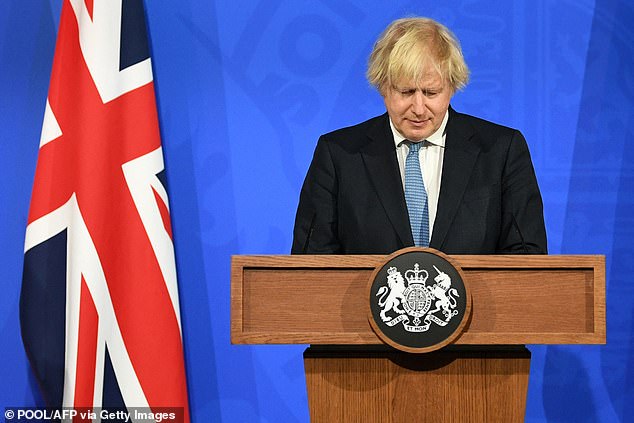 Predictably, the Government are remaining tight-lipped about the cost of the new testing regime. But at, say, a low Government price of £5 per PCR test, and even if only 25million people test twice a week, the cost would easily soar above £1billion per month.

Such financial profligacy might not matter if such mass testing were proven to be effective against the virus. Instead, I am far from alone in fearing it will do nothing of the sort.

No test is 100 per cent reliable. The more tests conducted, the greater the number of errors.

As health officials have admitted, less than 0.1 per cent of these lateral flow tests is thought to produce a ‘false positive’ result, wrongly indicating that a patient has contracted the disease.

That may sound like a tiny fraction, but it means that for every million people tested there will be almost 1,000 false positives.

Since the Government wants the entire population to be tested twice a week, that implies a false positive rate of around 120,000 people every week – all people being wrongly told that they have the virus. 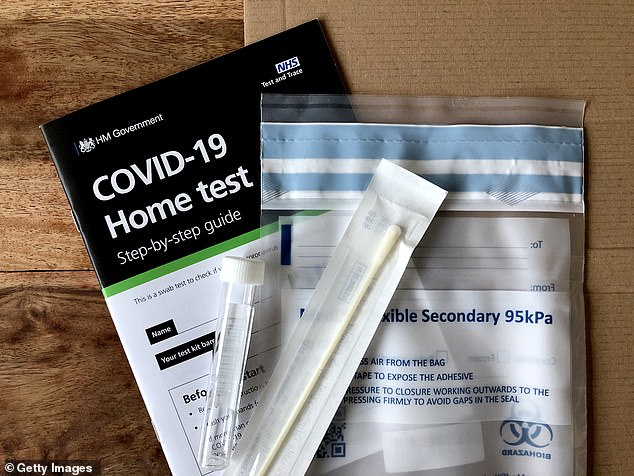 Predictably, the Government are remaining tight-lipped about the cost of the new testing regime

Think of the implications. That is a population the size of a large city, every month, being compelled by law to go into self-isolation when they are not even infected.

From there, they are expected to order a more reliable – and far more expensive – PCR test, which will confirm that they are not infected. By this time, they have pointlessly wasted time at home, missing out time with family, earning money in a job or exercising. The human cost will only soar.

And in truth, the total of false positives could be even higher. A study last year by Oxford University and Porton Down put the false positive rate at between 0.32 per cent and 0.39 per cent, which could mean almost half a million people per week being mistakenly required to shield if the whole country was testing.

Whatever the final tally of false positives, these erroneous infection rates will be a health disaster, feeding an incorrect belief that vaccines are not working and the country at large remains in mortal danger. It will be catnip to those over-cautious voices on the Government’s Sage committee – at least one of them a Communist party member – who believe that lockdowns, masks, social distancing and other illiberal, authoritarian regulations are to become our new way of life, perhaps forever. 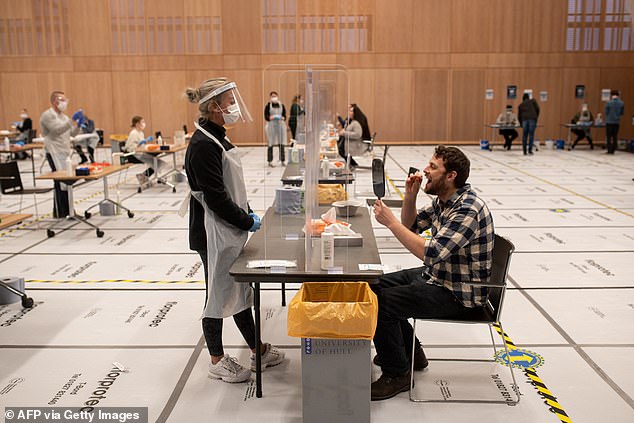 A student takes a swab for a lateral flow COVID-19 test on the first day of operation of new asymptomatic testing site in the University of Hull’s Allam Sport Centre in Hull, northern England

The Government insists that this mighty new show of testing is essential to catch ‘asymptomatic’ cases: that is, infected people who show no symptoms.

But this is yet another absurdity. If you have no symptoms, you are not personally at any risk. And just as importantly, despite repeated claims to the contrary, there is no credible scientific evidence that asymptomatic people are a significant risk for transmitting the disease to others.

One thing seems all too clear from yesterday’s announcement. We are all going to pay far too high a price for this expensive and ill-conceived scheme.