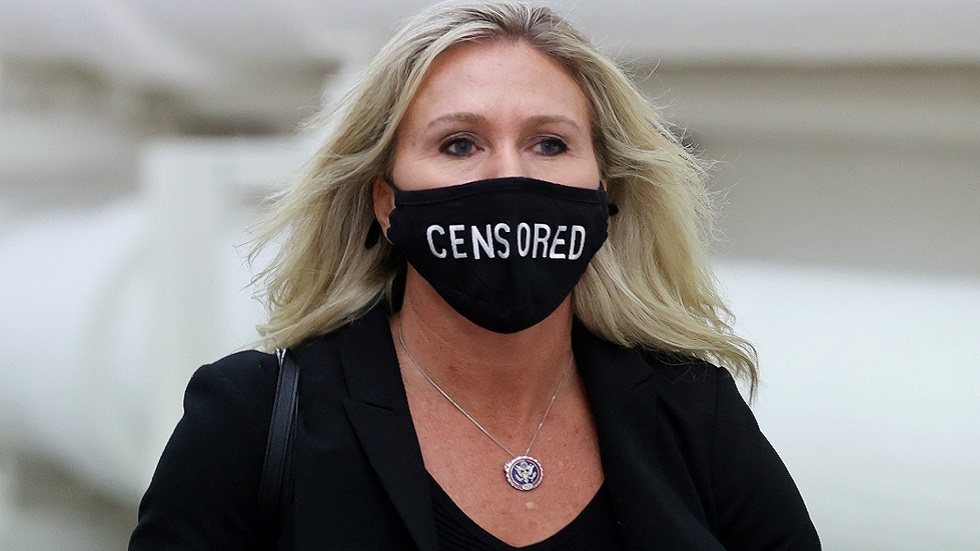 Twitter temporarily suspended the account of US Representative Marjorie Taylor Greene due to “repeated violations” of the new rules put in place by the company following the Capitol attack on January 6.

A spokesman for “Twitter” said in a press statement yesterday, Sunday: “The aforementioned account has been temporarily closed due to multiple violations of our civil integrity policy,” explaining that the Green account will be blocked for 12 hours.

Earlier on Sunday, Greene published a series of posts based on conspiracy theorists about the recent elections for membership in the Senate in Georgia, according to CNN. Twitter tagged her with a tag saying, “This allegation about election fraud is in dispute, and no.” This tweet can be replied to, reposted, or liked due to the risk of stirring up violence. “

For her part, Green accused Twitter of suppressing “conservative voices,” and said in a statement that the “monopoly grip” exercised by some major technology companies on American political discourse “is out of control.”

Last Wednesday, Green announced that she intended to submit a draft resolution to Congress on the dismissal of Joe Biden on his first working day as president.

Source: US agencies and media

Halo: The Master Chief Collection: 343 Teases a ‘New Place and Way to Play’