Two men armed with knives have attempted to slash up rival gang members during a brawl at a Sydney petrol station.

A video posted on TikTok shows the thugs, purportedly from notorious western Sydney street gang One Four brandishing weapons as they charge towards a trio from the Inner West crew.

The three hooded men become backed into a corner against the service station’s wall as they try to fight off the attack, one slinging a belt to fend of the blades as his two mates stand behind him. 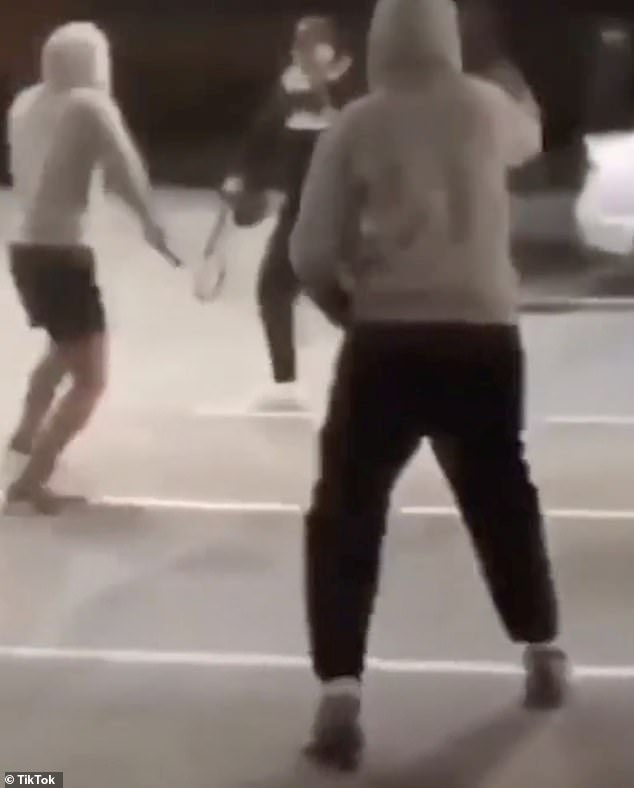 NSW Police was not aware of the video and it remains unclear whether any charges were laid over the incident.

The two Sydney gangs have repeatedly made headlines in recent years for violent crimes as tensions escalate between the groups.

A police strike force was been established in July last year to investigate the youth crime epidemic in Sydney’s west and southwest after footage began surfacing online of brawls breaking out in broad daylight.

That same month, a wild fracas erupted between the warring brotherhoods outside a Mount Druitt pub, resulting in two Inner West gangsters being stabbed and a One Four member being hit by a car.

The carpark brawl involved up to 20 men, with some armed with pool cues, knives and golf clubs. Four men were charged over brawl.

The rival groups were again thrust into the spotlight this year, when shocking footage emerged of a melee at Rooty Hill train station on June 12.

Four One four gangster were filmed brandishing machetes, knives and hammers on stairs leading onto a platform as they confronted Inner West crew boarding a train. 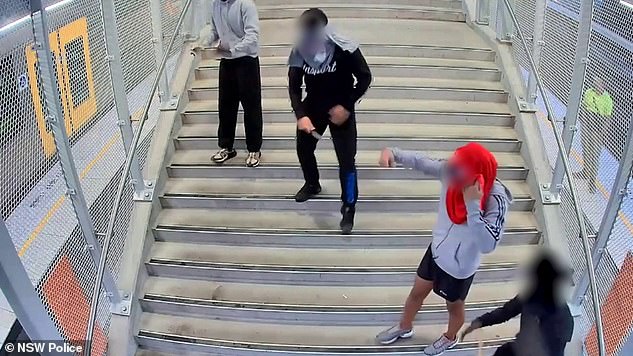 Shocking footage shows One Four gang members arrive at Rooty Hill train station in June armed with machetes, knives and hammers before confronting their rivals, who were on the train

How do I get Covid-19 vaccine, who administers it and how long will it last?

The vegan Valentine’s treats that really ARE healthier

A bunch of about 40 housing and homeless advocates marched to Home Speaker Nancy Pelosi's San...