The two men convicted of assassinating civil rights leader Malcolm X in 1965 are expected to be exonerated on Thursday, their lawyers and the Manhattan district attorney told The New York Times Wednesday.

According to the Times’ report, Muhammad Aziz, 83, and the late Khalil Islam, who spent decades in prison for the crime, were being exonerated after a nearly two-year investigation by their lawyers and the Manhattan district attorney’s office.

In an interview with the Times, Manhattan District Attorney Cyrus Vance Jr. apologized on behalf of those who convicted the two Black Muslim men, and admitted that key missteps occurred during the 1966 trial.

‘This points to the truth that law enforcement over history has often failed to live up to its responsibilities,’ Vance Jr. said.

‘These men did not get the justice that they deserved.’ 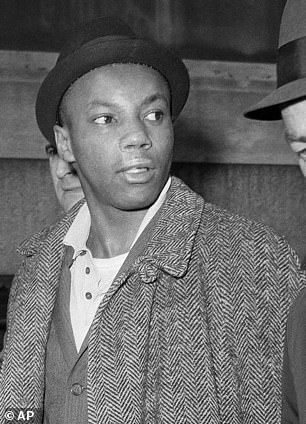 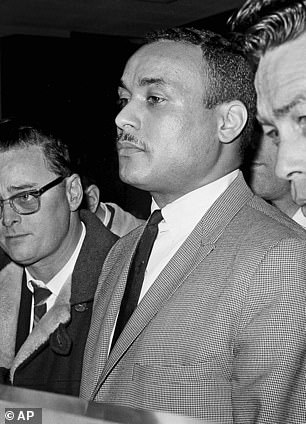 Muhammad Aziz, pictured at left being escorted by detectives after his arrest in New York in 1965, and alleged accomplice Khalil Islam, who died in 2009, will be exonerated for the assassination on Thursday, attorneys say 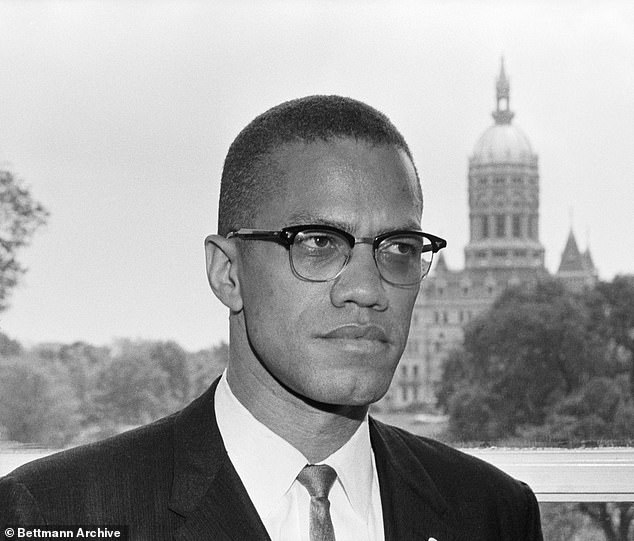 The decision to nix their convictions comes after a 22-month investigation into allegations that prosecutors, the FBI, and the New York Police Department withheld crucial evidence in the case that would have acquitted the pair – who both received life sentences for their alleged part in the killing, but were paroled in the 80s.

Both men maintained their innocence for the entirety of their incarcerations –  which amounted to a combined 42 years – and long afterwards as well, with Islam attesting he had no role in the assassination at Harlem’s Audubon Ballroom in Washington Heights on February 21, 1965, until his dying day, and a now elderly Aziz still standing by that same sentiment.

What’s more, the third man arrested for the killing, Thomas Hagan, the only one of the three to confess to the crime, long insisted that Aziz and Islam were not guilty – first attesting to that sentiment when he took the stand during the 1966 trial to confess to his part in the killing.

Hagan, now 80, and once a member of the Nation of Islam along with the soon-to-be exonerated pair, told investigators Malcolm X was targeted because of his 1964 split with the leadership of the political organization, a movement for which he had once served as the lead spokesman – with Aziz and Islam playing no part in the conspiracy.

Historians and legal experts have long raised questions concerning the convictions, with many citing that the three Black Muslim men had been hastily arrested and tried on tenuous evidence.

However, interest in the case skyrocketed earlier this year, in February, after the family of deceased former NYPD officer stationed in the Harlem ballroom during the assassination released a letter penned by the African-American cop, Ray Wood, in 2011, confessing that he, the NYPD, and the federal government arranged for Malcolm X not to be adequately protected during his speech.

He also confessed to helping frame Islam, in particular. 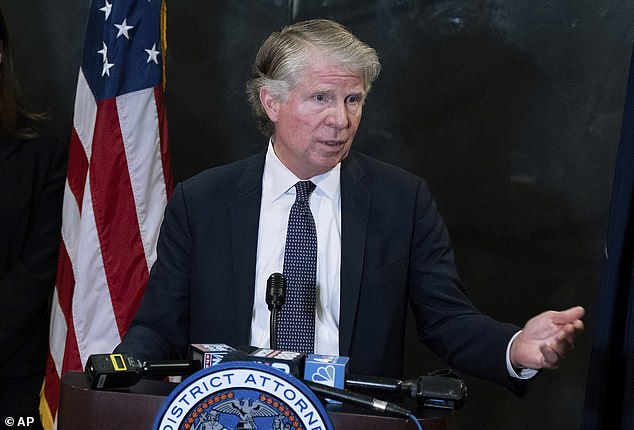 In an interview with the Times, Manhattan District Attorney Cyrus Vance Jr. apologized on behalf of those involved in convicting the two Black Muslim men and said key missteps occurred in the 1966 trial, leading to the pair being found guilty

The public’s fascination with the case’s questionable convictions was further compounded that same month when Netflix released of a six-part documentary chronicling the assassination, its buildup, and aftermath, titled, ‘Who Killed Malcolm X?’

Vance’s reopening of the case, however, started well before the surge of renewed interest in the 55-year-old initial investigation, nearly two years ago.

The Manhattan DA oversaw the lengthy probe alongside the Innocence Project – nonprofit legal organization that is committed to exonerating individuals who have been wrongly convicted – and civil rights lawyer David Shanies, with the team reportedly uncovering enough evidence to exonerate the two men.

According to Vance, the reinvestigation process managed to stand up an alibi given to police by Aziz after his 1965 arrest.

What’s more, the group’s findings reportedly also implicated other suspects aside from Aziz and Islam, and further revealed that prosecutors hid the fact that undercover police were discreetly stationed throughout the Harlem concert hall when Malcolm X was shot multiple times by three men, one toting a shotgun and the other two brandishing pistols, as the activist was starting to speak – bolstering Wood’s deathbed claim.

The civil rights activist, one of the most influential black men in the modern era, was shot at least 15 times in front of his pregnant wife and three of his daughters during the chaos – with a blast from the shotgun proving to be the fatal blow.

After the assassination, Hagan, then known by name bestowed upon him by The Nation of Islam, Mujahid Abdul Halim, was the first to be apprehended, taken down by cops in the ballroom after being shot in the thigh.

Within a week, the three men, all members of the Nation, had been charged with first-degree murder.

At the subsequent trial in 1966, prosecutors labeled Islam, once Malcolm X’s personal chauffeur, as the gunman who fired the fatal shotgun blast.

Aziz and Hagan were said to have been the pair providing cover fire with the pistols.

However, the witness statements were found to contradict one another, and no physical evidence tied Aziz or Islam to the murder or the scene of the crime.

What’s more, both men provided air-tight alibis, which were attested by testimony from their spouses and friends.

And, as mentioned, Hagan repeatedly told investigators and jurists that the pair had nothing to do with the murder.

But, nonetheless, on March 11, 1966, all three defendants were found guilty and subsequently sentenced to life in prison.

In prison, both men changed their names and converted to a more mainstream, less radicalized form of Islam, with Islam deciding to reject the teachings of the Nation altogether.

Aziz, on the other hand, was able to obtain both a bachelor’s and master’s degree in religious studies while incarcerated, and worked as chief of security for a Harlem mosque upon his release.

He has since retired and currently lives in New York.