Two men who were stranded on a deserted island in the Pacific Ocean for 15 months in the 1960s have come forward to share their stunning story of survival more than 50 years later.

Mano Totau and Sione Fataua were teenagers studying at a boarding school in the island nation of Tonga when they and four friends decided to steal a whaling boat and travel nearly 500 miles to Fiji in June of 1965.

In a 60 Minutes special aired Sunday, Totau and Fataua described how their joyride came to an alarming end when the engineless boat was ripped apart in a storm, leaving them drifting directionless in the sea for days before they finally saw land.

Their experience over the months that followed has been likened to William Golding’s iconic novel Lord of the Flies – albeit without the murder and mayhem.

It wasn’t until September 1966 that sailor Peter Warner spotted the boys and rescued them from the volcanic island of ‘Ata. 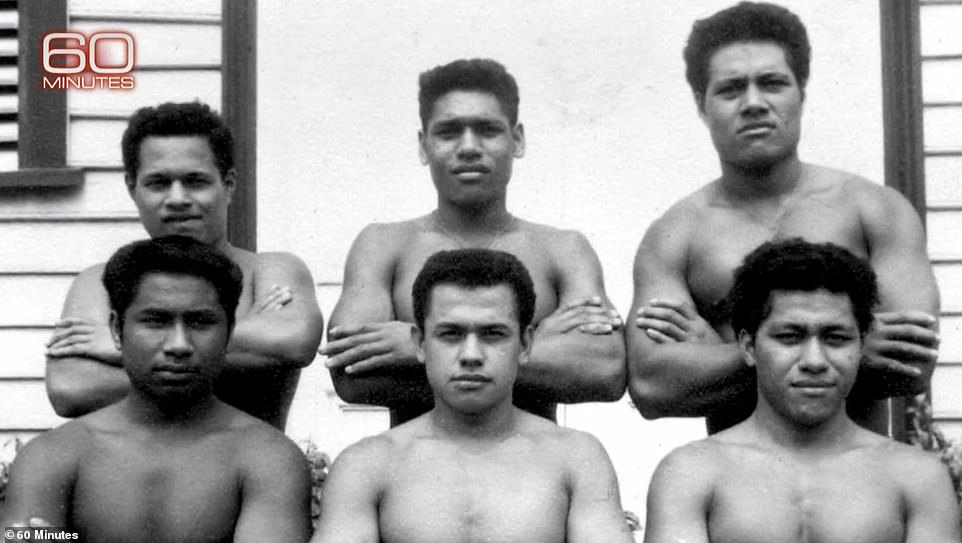 A new 60 Minutes special aired Sunday tells the story of six teenage schoolboys from Tonga who were stranded on an uninhabited island in the Pacific Ocean for 15 months in the 1960s. The boys are pictured above after being rescued 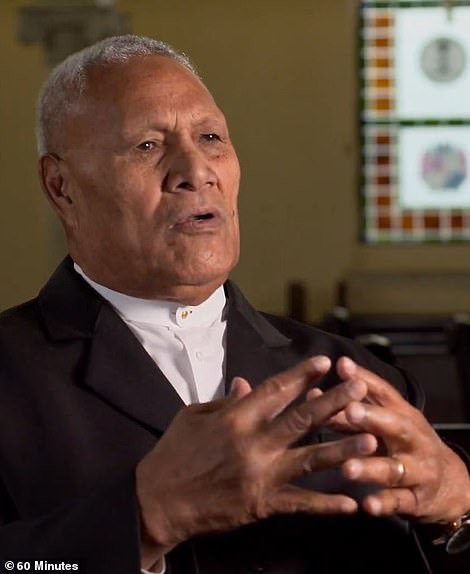 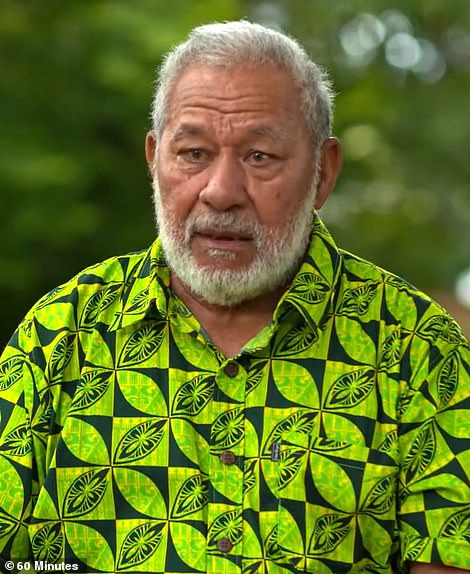 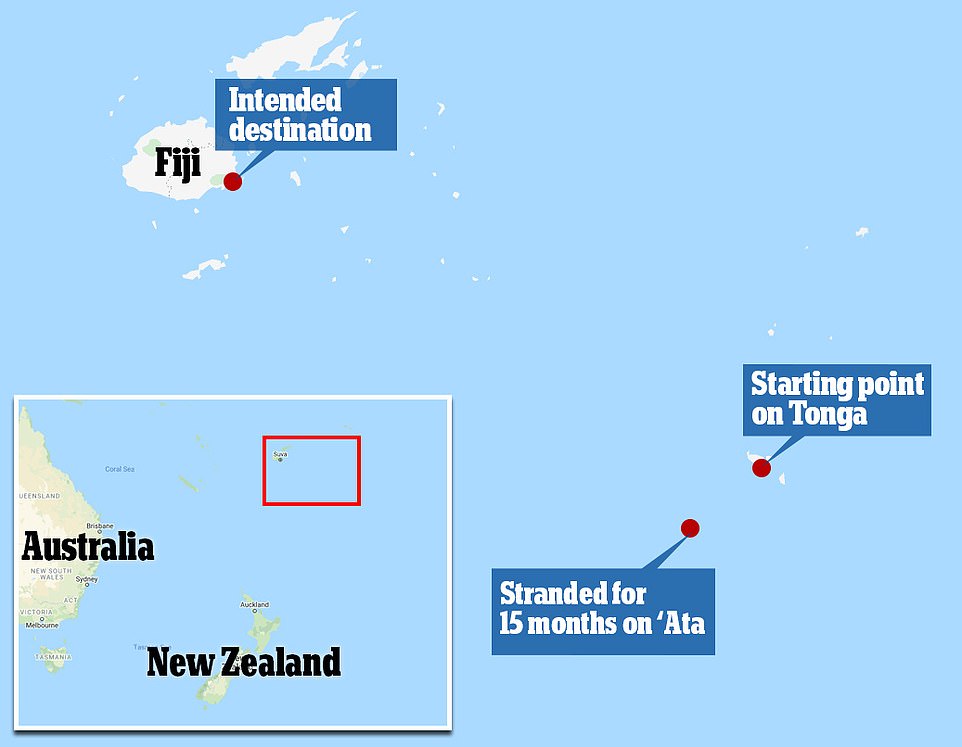 The map above shows where the boys set sail from in Tonga, where they were headed in Fiji and where they ended up on the island of ‘Ata after a storm ripped the sails and rudder off of their boat

Totau laughed as he explained to 60 Minutes correspondent Holly Williams how he and five friends decided to steal the whaling boat and set off for Fiji without an engine or a compass.

But the story took a dark turn on the first night of the trip when a storm struck, tearing off the sails and rudder on the boat.

Fatatua, who was the oldest of the group at 17, said they were sure they would die.

‘No food, no water. We was just drifting around by the wind,’ he said. ‘And after eight days we saw the island.’

The boat ended up crashing into the rocky shore and shattering as the boys scrambled to safety on land.

‘The only thing we do, grabbing each other together and say a prayer: “Thank you, God,”‘ Totau recalled.

It wasn’t until later that the boys learned they’d drifted more than 100 miles off course and landed on the uninhabited island called ‘Ata.

Desperate for their first meal after more than a week, the boys fashioned a fishing pole out of an oar and piece of wire and ate fish raw. They also raided a seabird nest, eating raw eggs and drinking the birds’ blood.

‘No matter how awful it is and how dirty it is, it’s a very beautiful things to have it in that time,’ Totau said of the grim meals.

The boys soon gained enough strength to explore the island and found items left behind by a small Tongan community that used to live there – including a clay pot, machete and chickens.

They learned how to build a fire and would take turns keeping it going.

‘I tell the guys, everybody have a duty for the fire,’ Fataua said. ‘You have to take care of the fire and you have to say prayer for that night, and get up in the morning, it’s still going.’

As time went on they built their own shelter out of palm fronds, a garden with beans and bananas, a badminton court and a makeshift gym.

Fataua and Totau said the boys got along for the most part – with a few disagreements here and there. When fights did break out, they would separate to cool down, Totau said.

All the while they lived with the possibility that they might not be saved. 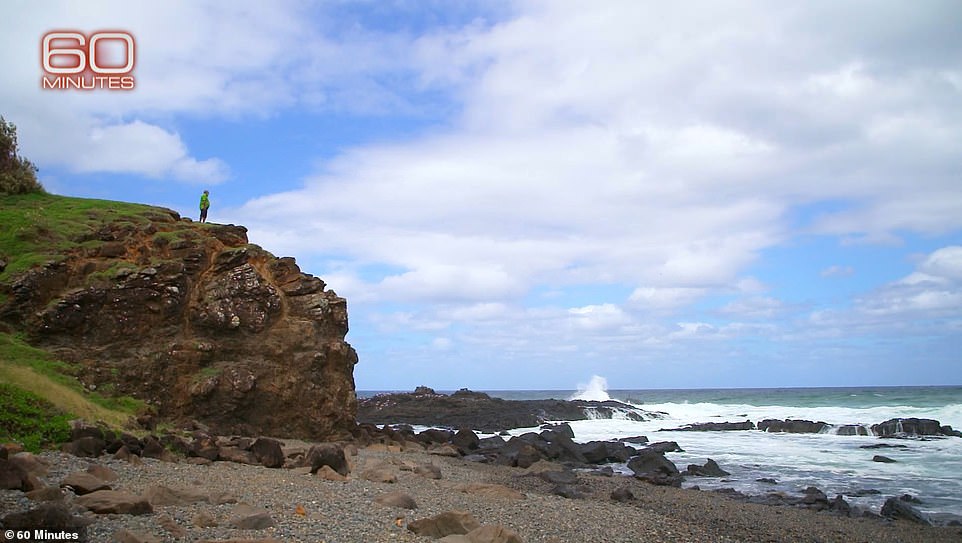 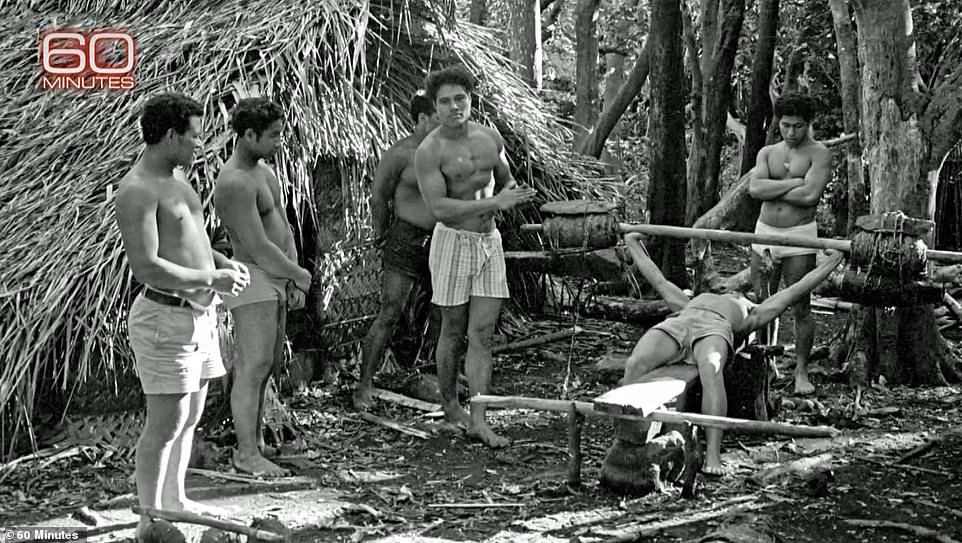 The boys recreated their survival story in a documentary called The Castaways. In the scene pictured above, the boys are seen showing off a makeshift gym they built on the island

Their prayers were finally answered in the fall of 1965 when Warner, an Australian fisherman, sailed by the island and was sighted by one of the boys who took shifts watching for passing ships.

‘This first figure was swimming towards us doing the Australian crawl, as I call it,’ Warner told 60 Minutes. ‘And then another five bodies leapt off the cliff and into the water and followed him.’

The boys climbed into the boat and told the crew about how they’d gotten shipwrecked after running away from boarding school in Tonga. 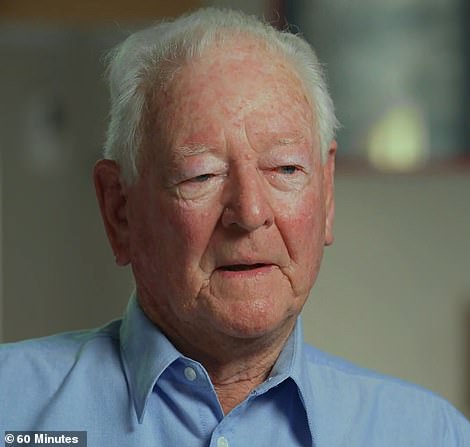 ‘The operator very tearfully said: “It’s true. These boys were students at this college. They’ve been given up for dead. Funerals have been held. And now you’ve found them,”‘ Warner recalled. ‘That was a very emotional moment for all of us.’

Totau said getting on Warner’s boat felt ‘like walking through the door to heaven’.

However the boys faced more trouble upon arrival in Nuku’alofa, where they were arrested for stealing the boat.

Warner said he paid off the boat’s owner to make the charges go away and then transported the boys back to their home island to be reunited with their families.

An Australian film crew chronicled the reunion in a movie about the saga called ‘The Castaways’, which saw the boys return to ‘Ata to reenact their time there.

‘The whole population of this little island were on the beach, hugging the boys,’ Warner said. ‘Parents were crying. Then the party started. Six days of feasting.’

‘My mom, she was swimming out before I get out the boat,’ Fataua said. ‘I’m the first one going to the beach, and give me a hug.’ 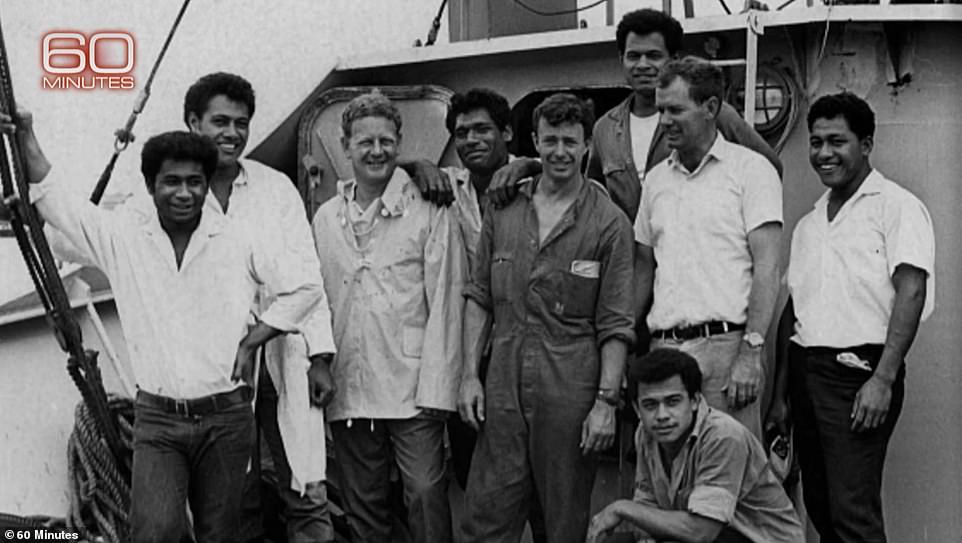 The boys’ story remained relatively unknown outside of Tonga until last year, when Dutch historian and author Rutger Bregman stumbled upon it on the internet and was inspired to write an entire book about it, called  Humankind: A Hopeful History.

Bregman said he was struck by how different the boys’ experience was from Lord of the Flies, which bore a similar premise.

In the dystopian novel first published in 1954, a group of British boys schoolboys stranded on an uninhabited island form a vicious tribe in which the weak are preyed on and the strong rule. 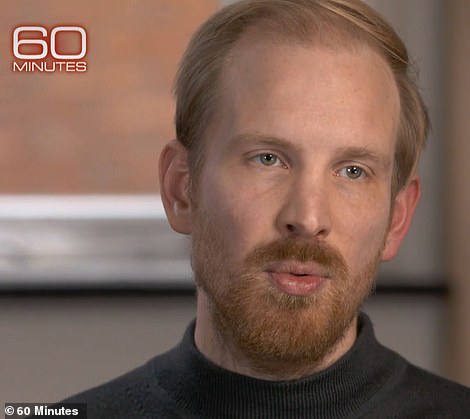 The boys’ story remained relatively unknown outside of Tonga until last year, when Dutch historian and author Rutger Bregman (pictured) stumbled upon it on the internet and was inspired to write an entire book about it, called Humankind: A Hopeful History

‘This is really old theory in Western culture, that our civilization is just a thin veneer, just a thin layer,’ Bregman explained. ‘And that when something bad happens — say there is a natural disaster or you shipwreck on an island and you have the freedom to establish your own society — that people reveal who they really are. You know, people deep down are just selfish.

‘If tens of millions of children around the globe still have to read Lord of the Flies in school today, I think they also deserve to know about this one time in all of world history when real kids shipwrecked on a real island, because that’s a very different story.’

Totau and Fataua said they believe they survived the island because they banded together.

‘I think the culture where we come from – we are close,’ Fataua said. ‘Really close family. We share everything. We poor, but we love each other.’

After being rescued the boys chose not to go back to school and instead began working for a fishing business Warner set up in Tonga.

Fataua followed through on his island promise to dedicate himself to God and became a minister. He is now head of the Church of Tonga in America.

Totau became a chef, moved to Australia and built a lifelong friendship with Warner. 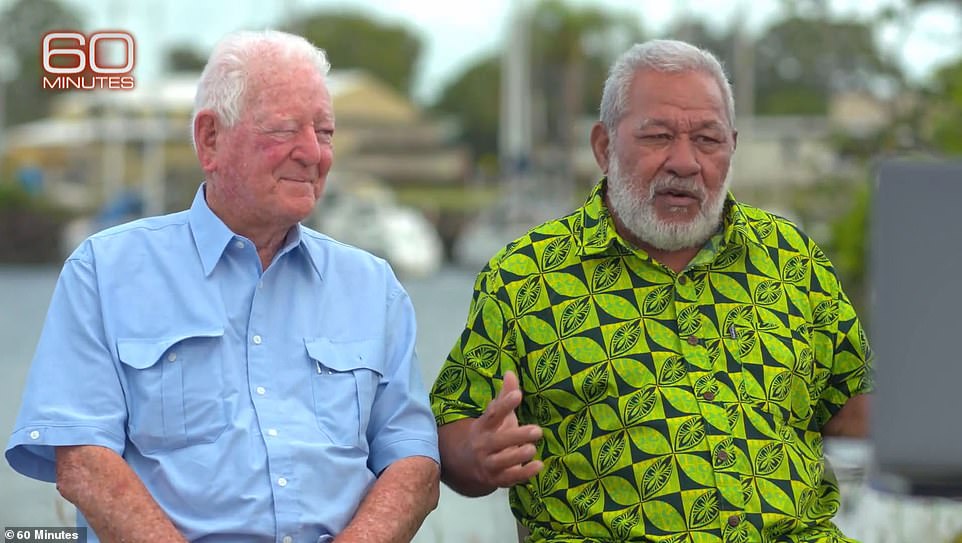