Alistair Brownlee’s defence of his Olympic title is in doubt after he missed out on initial selection for Tokyo.

At the start of this year, the London 2012 and Rio 2016 champion reversed his decision to focus on Ironman triathlons to instead try and secure a hat-trick of Games gold medals.

But having failed to gain automatic selection, Brownlee now faces a race against time to earn one of Team GB‘s remaining one or two slots for next summer’s rearranged Olympics. 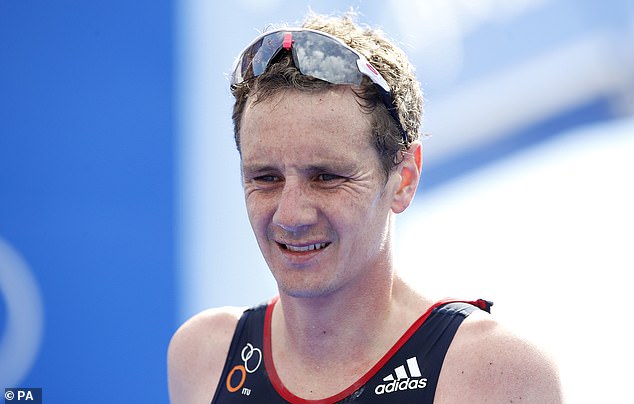 The 32-year-old’s brother Jonny was the only man confirmed when Team GB announced their initial triathlon squad on Wednesday, with Vicky Holland, Georgia Taylor-Brown and Jess Learmonth making up the women’s team.

‘Hopefully Alistair will be on the team,’ said Jonny, who has claimed a silver and bronze behind his brother at the last two Games. ‘I am sure if he is fit, he has a good chance and I would like to see him there.

‘I’ve been lucky enough to race my two previous Olympics with Alistair and having him on the team will hopefully improve my chances of winning a medal because we race in a similar way. 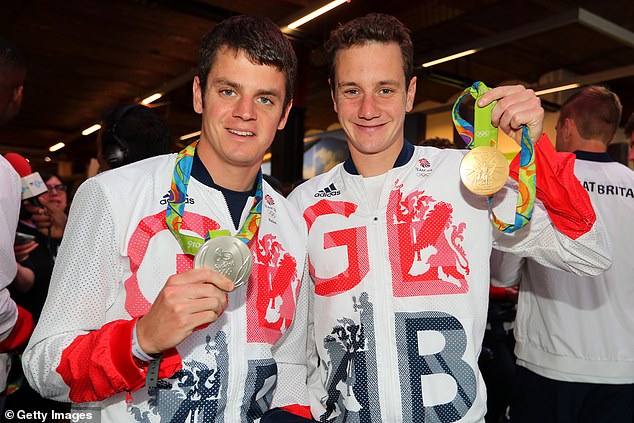 Brownlee (right), pictured with brother Jonny (left), holds the gold medal he won at Rio 2016 but his omission means his ability to defend his triathlon title in Tokyo is now firmly in doubt

‘But I would not be going to Tokyo if I did not genuinely believe, as I did on the start-line in both Rio and London, that I can beat him.’

Britain are guaranteed a second men’s triathlon spot for Tokyo but to earn a third they are likely to have to have three athletes in the top 30 of the Olympic qualification rankings.

Jonny is currently 11th but the next best Brits, Alex Yee and Tom Bishop, are 32nd and 37th respectively, while Alistair is down in 88th having hardly raced since Rio.

Mike Cavendish, British Triathlon performance director, said: ‘Alistair is still very much in contention. He, alongside a number of other male athletes, will be looking to gain selection for the remaining one or two slots.

‘A really fit and firing Alistair Brownlee will undoubtedly be on our radar and a force to be reckoned with when we get to completing our selections in June next year. 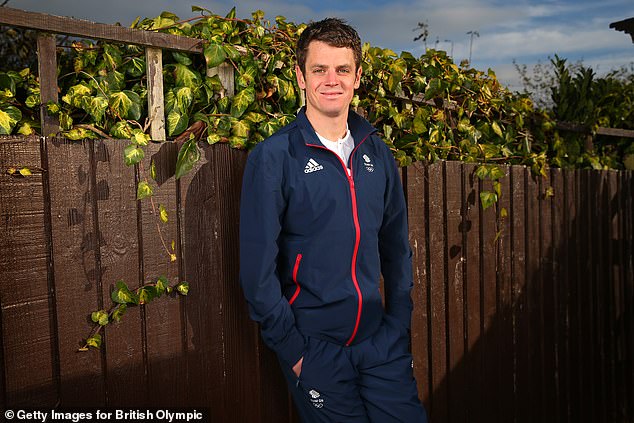 ‘But it will be a difficult decision. I have no doubt that Alistair, Alex and Tom will all be absolutely gunning to perform as well as they possibly can next year to make our decision even harder.’

Meanwhile, Jonny has bemoaned the Government’s decision to ban all grassroots sport – including for children – when the national lockdown begins on Thursday.

He added: ‘I’m a massive supporter of sport and active lifestyle. It is sad because being active is very important for kids. If you have been out of a routine for a while, the hardest thing is restarting again.’