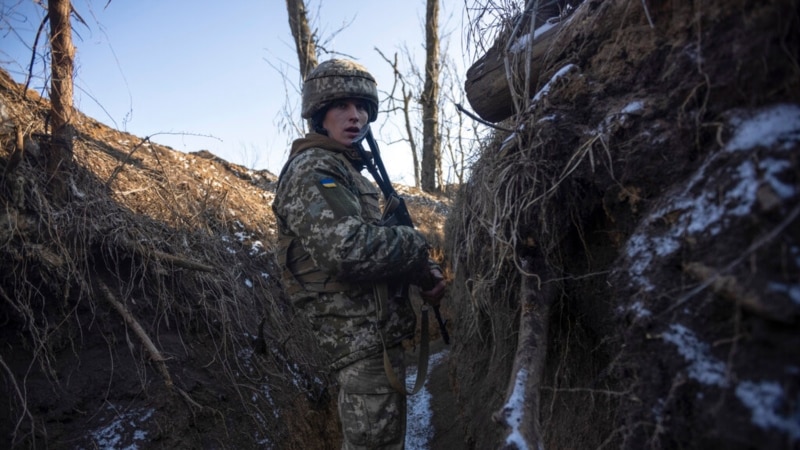 The U.S. State Department on Sunday ordered family members of its embassy staff in Kiev out of Ukraine and authorized the voluntary departure of contract employees due to Russia’s continued military threat against the former Soviet republic.

It also advised U.S. citizens in Ukraine to consider leaving the country at this time by any means available.

The State Department reissued its Level 4 Travel Warning for Ukraine replacing the previous reason for COVID-19 with “Do not travel to Ukraine due to threats of military action by Russia and COVID-19.”

A travel warning for Russia was also updated Sunday night to: “Do not travel to Russia because of ongoing tensions on the border with Ukraine, potential harassment of U.S. citizens, limited ability of the U.S. Embassy in Russia to assist U.S. citizens, COVID-19 and related entry restrictions, terrorism, harassment by Russian Government security authorities, and arbitrary status of law.”

A State Department official told reporters Sunday that security conditions, particularly on Ukraine’s borders, in Russian-occupied Crimea, and in Russian-controlled eastern Ukraine are unpredictable and can deteriorate at a moment’s notice.

He added that President Joe Biden has said that a Russian military invasion of Ukraine could occur at any time, and if there were an invasion, the U.S. embassy in Kiev would have limited ability to assist Americans who wanted to leave the country.

State Department officials declined to give reporters the number of Americans working at the embassy in Kiev or those residing in Ukraine.

According to them, these orders are being taken as a “prudent precaution” and in no way reduce U.S. government support for Ukraine, and that the embassy in Kiev will maintain operations.

The State Department also asked all U.S. citizens in Ukraine to fill out an online form in order to contact them, and this is especially important for all those who plan to remain in Ukraine.

The US is so concerned about electricity reform

The US is so concerned about electricity reform