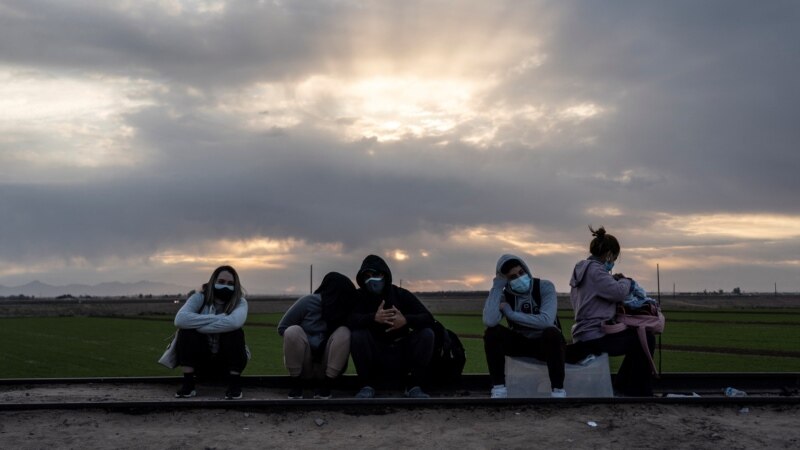 The U.S. government took stock Tuesday of its policies to tackle human trafficking, where part of the Biden Administration’s strategy to curb irregular immigration, mainly from Central America, came to light.

“Trafficking is an extremely heinous and profitable business; in fact, globally, human trafficking is a $150 billion business,” condemned Vice President Kamala Harris as she opened a briefing on the issue from the White House.

The vice president’s remarks came during a briefing by some of the coordinators of the Working Group President Joe Biden’s Interagency Task Force to Monitor and Combat Human Trafficking.

Secretary of State Antony Blinken expressed that human traffickers are spread throughout the world.

“We also need to find more ways to put effective pressure on governments that engage in or allow human trafficking, such as China, Cuba, North Korea, Russia,” said Blinken, who referred to the recently introduced bipartisan Forced Labor Prevention Act.

The Task Force is composed of about 20 Cabinet or government departments and agencies in Washington.

U.S. Secretary of Agriculture Tom Vilsack said his department is working to provide opportunities for agricultural workers in Central America.

“We are fostering an entrepreneurial enabling environment for inclusive agricultural growth through the scholarship program for Guatemala, El Salvador and Honduras,” he announced in reference to the countries of the so-called Northern Triangle.

Vilsak said that, in addition, his agency has earmarked $45 billion in order to boost educational and food care for children in communities in Guatemala and Honduras, which, he said, “will impact the flow of migration by providing school meals and literacy.”

Attorney General Merrick Garland recalled that in 2021 his department established Joint Task Force Alpha, with a mission to work from the U.S. with partners in the Northern Triangle and Mexico to dismantle the criminal network of those who “endanger, abuse and exploit migrants and engage in human trafficking.”

As a result, the Justice Department awarded – with a year’s notice – more than $180 million “in funding to combat human trafficking,” he concluded.

President Biden’s immigration policy has been criticized by his Republican opponents for the continued flow of immigrants coming across the southern border. But Democratic activists and voters have also pointed to his failure to move forward on completing comprehensive immigration reform.