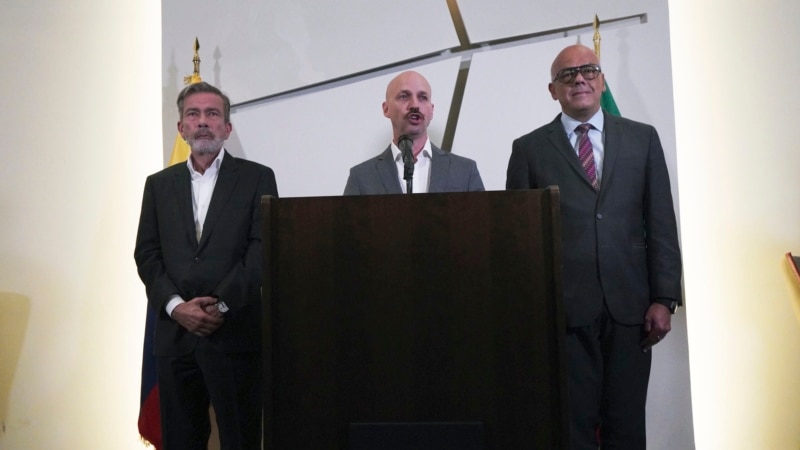 The United States said Thursday that it could review its policy of pressure and sanctions against Venezuela if President Nicolas Maduro and the political opposition resume talks which broke off abruptly in October and are moving forward with tangible results.

“The solution to the situation in Venezuela is not in Washington,” said Juan Gonzalez, director of the National Security Council for the Western Hemisphere, in a telephone interview with the agency. Associated Press .

“We have made it very clear that the U.S. is willing to ease sanctions pressure based on results at the dialogue table,” he added.

Gonzalez’s statements come just days before three months have passed since the Caracas government decided to interrupt the dialogue with the opposition that it was holding in Mexico City in retaliation for the extradition of Colombian businessman Alex Saab.one of its allies and considered by Washington as a key witness in corruption cases against Venezuela being heard in Miami and other cities in the country.

Gonzalez’s declarations come, moreover, days after the opposition gubernatorial victory. in the home state of the late former President Hugo Chávez, Barinas. Sergio Garrido defeated there former Foreign Minister Jorge Arreaza, in whose campaign high ranking officials of the ruling party participated in an attempt to keep control in that Chavista bastion.

During the previous U.S. administration, President Donald Trump implemented numerous economic sanctions and visa restrictions against Venezuelan officials as a way to exert pressure to oust Maduro. Upon taking office, the Democratic administration of President Joe Biden sought to build consensus with the international community to continue those sanctions while encouraging dialogue, but has also made it clear that Venezuela’s fate is in the hands of the South American nation.

For the U.S., the last democratic election in Venezuela was that of the National Assembly in 2015.

Like Trump, Biden has recognized congressional opposition leader Juan Guaidó as interim president of Venezuela, a position to which he self-proclaimed himself in January 2019 on the grounds that the 2018 elections were fraudulent.

“We continue to recognize Guaidó, but more importantly, we are in support of those Venezuelans who want democracy,” said González, one of Biden’s top advisers on Latin American issues. “For that the two sides have to sit at the table, reach an agreement that results in ambitious, irreversible and concrete steps that take the country in that direction” (democratic elections), he said referring to the negotiations.

He did not detail, however, what would be the concrete results that the U.S. government would like to see as a result of the dialogue.

González explained that unlike Trump, who considered sanctions as a strategy in itself to strangle the Maduro government, for the Biden administration sanctions are tools employed as part of a broader policy coordinated with other international partners, including the European Union and Canada.