Most of us like a good pamper – and apparently that goes for Highland Cows too.

Adorable video has captured a cow called Mikayla soaking up the attention as she has her shaggy coat brushed by two willing volunteers.

The cow throws her head back in apparent ecstasy – although it’s probably more likely that she just wants someone to brush under her chin.

The footage, recorded at the Highland Getaway farm in Huon Valley, Southern Tasmania, shows a woman and a girl grooming the animal. 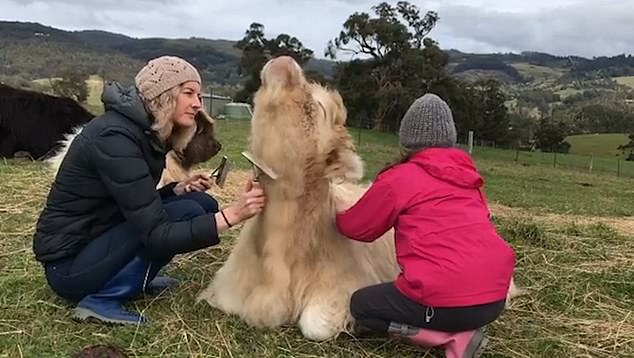 Mikayla the cow raises her head to get underneath her chin brushed at the Highland Getaway farm in Huon Valley, Southern Tasmania

The woman says that the cow ‘makes a noise’ to indicate that she is enjoying herself.

She continues to work on Mikayla’s front, brushing her neck, chest and behind her ears, while the girl moves to help with her back.

The cattle is kneeling down while it gets its luscious coat swept with the brushes. 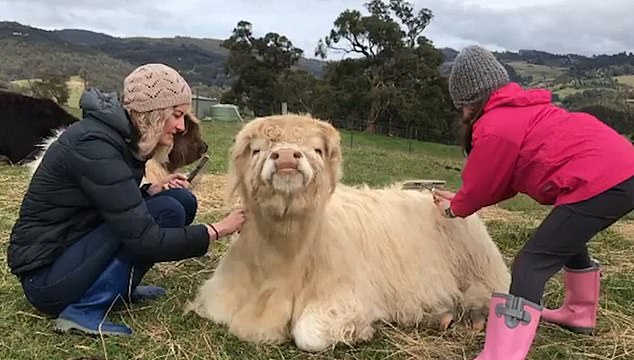 A nearby calf, called Bianca, watches as the older animal gets the relaxing treatment.

The video caption says: ‘Mikayla is one very spoilt darling. Little Bianca must be thinking, “that looks good.” ‘

It was uploaded on the Highland Getaway’s Instagram on September 6. 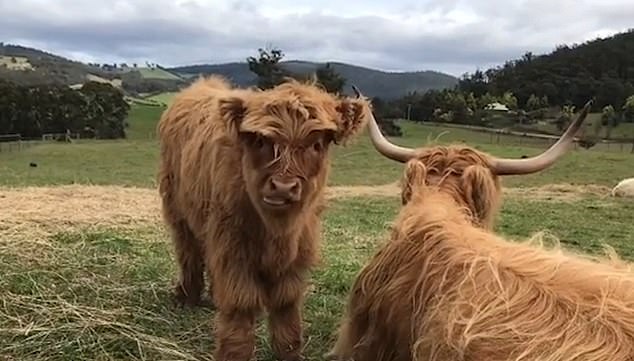 A nearby calf called Bianca, watches as the older animal gets the relaxing treatment

The working farm, which breeds the Highland cattle, also has alpacas and Silkie chickens.

It boasts being a ‘photographer’s paradise and an animal lover’s dream’ with 67 acres of pasture.

Paxful, BiLira, and Cointral team up to push crypto trading

Hadaka Matsuri: Japan’s famed Naked Festival cancelled for all but a select few

A man charged with barreling his pickup truck into a San Jose bar, killing a woman...