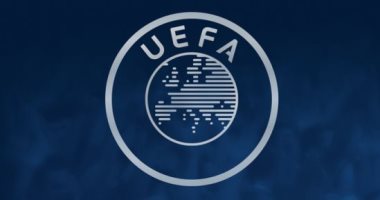 The European Football Association (UEFA) confirmed that the teams that will play in the final stage of the Nations League will be able to make unlimited changes to their roster before their first match, whether due to a serious injury or illness, and that the matches will be played as long as the teams have 13 players, including one goalkeeper at a time. the least.

The final stage of the competition will be held in Milan and Turin, with the semi-finals between Italy and Spain next Wednesday, and Belgium and France the next day.

And the UEFA Executive Committee decided last week to expand the specific criteria related to the emerging pandemic of the Corona virus, to ensure the smooth running and continuity of the tournament, as scheduled for other national team competitions.

The competition regulations allow teams, after submitting a list of 23 players, to make an unlimited number of substitutions in case of injury or serious illness before the first match, provided that the substitutes have a medical certificate.

Players who tested positive for COVID-19 in tests carried out before the first match of their national team or who were declared to have been in “close contact” with someone who tested positive can be replaced, with the approval of the UEFA administration.

In the event that a group of players from a team is placed in mandatory quarantine or self-isolation by decision of a competent authority, the match will be played as scheduled, provided that at least 13 players are available (including a minimum of one goalkeeper).

If an association is unable to submit a list of 13 players (including at least one goalkeeper), the match may be rescheduled by UEFA within 24 hours of the initially scheduled date if possible.

UEFA will also have the authority to hold the rescheduled match at an alternative venue.

If the match cannot be rescheduled, the UEFA Monitoring, Ethics and Disciplinary Committee will take a decision on the matter and the team responsible for not playing it will be deemed to have lost 3-0.

Another Litecoin-Walmart Moment On The Horizon With Ripple-SEC? 2021